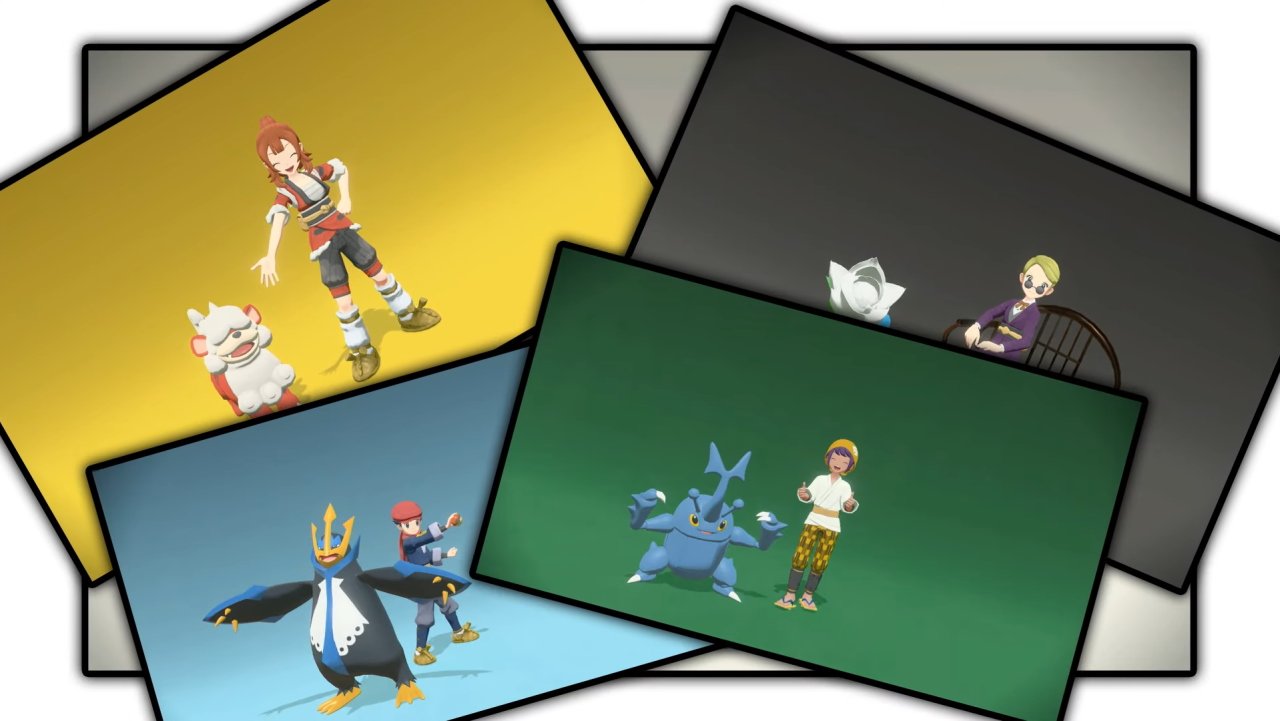 Pokémon Legends: Arceus will let you pose for a Poké photoshoot

Oxenfree 2 will remain in development.

The latest trailer for Pokémon Legends: Arceus gives us a look at several of the activities we’ll be able to engage in while exploring the ancient Hisui region, including setting up a photo shoot with our favorite pocket pals.

The new trailer takes us through a tour of different activities available in the Acceus region, including tossing out Pokéballs while sailing on the back of the new water-based evolution, Basculegion. Along with heading out to explore, catch Pokémon, and do battle, Arceus will let you stop by towns to craft new items, stop by the shops, and yes, even pose for the camera. Check out the new feature in the latest trailer below.

Each photo shoot will pair you with a captured Pokémon of your choosing, allowing you to adjust their pose and that of your trainer for the perfect snap. It’s not clear what the in-game purpose of these photos is likely to be just yet, but it’s a sure bet that you’ll be able to share your photo op online with ease.

It looks like Pokémon Legends: Arceus will take Sword and Shield’s lead when it comes to outfit customization. Players will be able able to visit vendors to purchase a variety of garbs, with options split between tops, bottoms, hats, glasses, sandals, and even Karate Gi. Stop by the hairdresser and you can also trim your trainer’s locks as desired.

This being the distant past, you’ll not longer have access to a digital storage space for the hundreds of Poké pals you collect and then promptly forget about. Instead, they’ll be shifted away to live happily on pastures until you need them again (if indeed at all).

We also get a look at several of the leading characters of Arceus, including the Wardens Mai, Iscan, and Lian, who guard the special Pokémon of the region. It looks like tracking down and subduing these frenzied noble beasts will be a core part of the game, forcing players to engage with them directly before tossing out a Pokémon for a bout of turn-based battling to finish them job.

Pokémon Legends: Arceus will release for the Nintendo Switch on January 28, 2022.