Fans in Japan are getting access to anime, music and more. 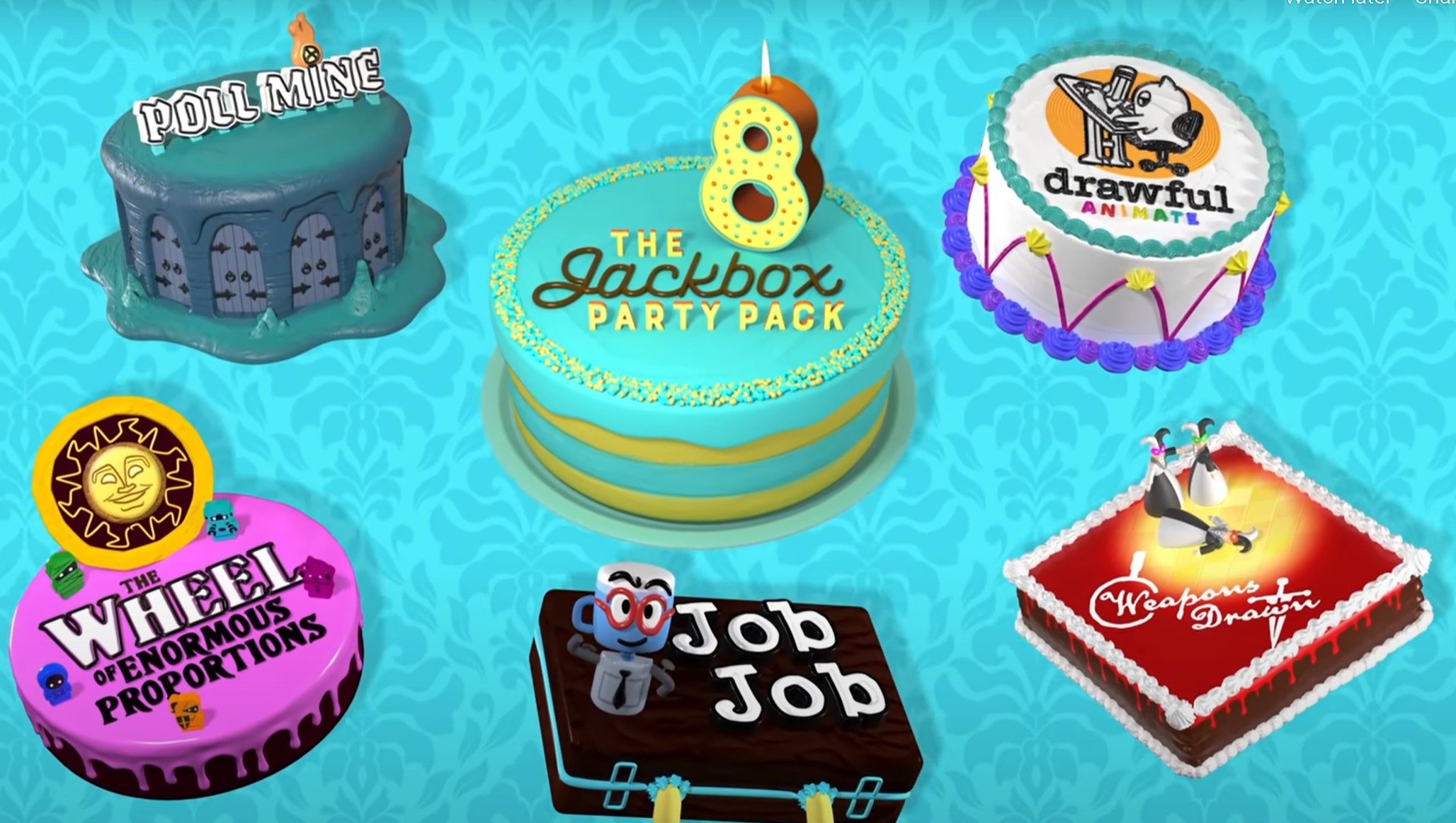 Jackbox Party Pack 8 will have five all new multiplayer party games. Drawful, Jackbox's Pictionary-like mini-game, is getting a moving sequel with Drawful Animate. Instead of just regular drawings, players will now create two-frame animations based on the in-game prompts. Try to clever your way into the corner office of Job Job by coming up with the strangest answer to job interview questions using other people's words. Draw funky weapons you can use to commit murders, while also solving the murders your friends commit in Weapons Drawn.  The clues are all player generated, so you have to figure out who done it while keeping others off your trail. In Poll Mine, you'll have to split into teams and answer questions about your friends' responses to surveys in order to escape a haunted cave. Success depends on how well you know your teammates. The final game in Jackbox Party Pack 8 is The Wheel of Enormous Proportions, a trivia quiz show featuring the titular wheel.

Jackbox Party Pack 8 allows for up to ten players, 10,000 audience members, and like its predecessors, uses your smartphone as the controller. It's currently only in English, so international players should take that into account. The game is coming to digital storefronts on Nintendo Switch, PlayStation 5, Xbox Series S and X, Apple TV, iPad, Epic Games Store, Fanatical, Amazon Fire TV, Android TV, Mac App Store, Humble, and Steam. Players in the United States can pre-order Steam codes for PC, Mac, and/or Linux from the Jackbox shop right now. These pre-order codes are currently being offered at a ten percent discount from the $29.99 price.