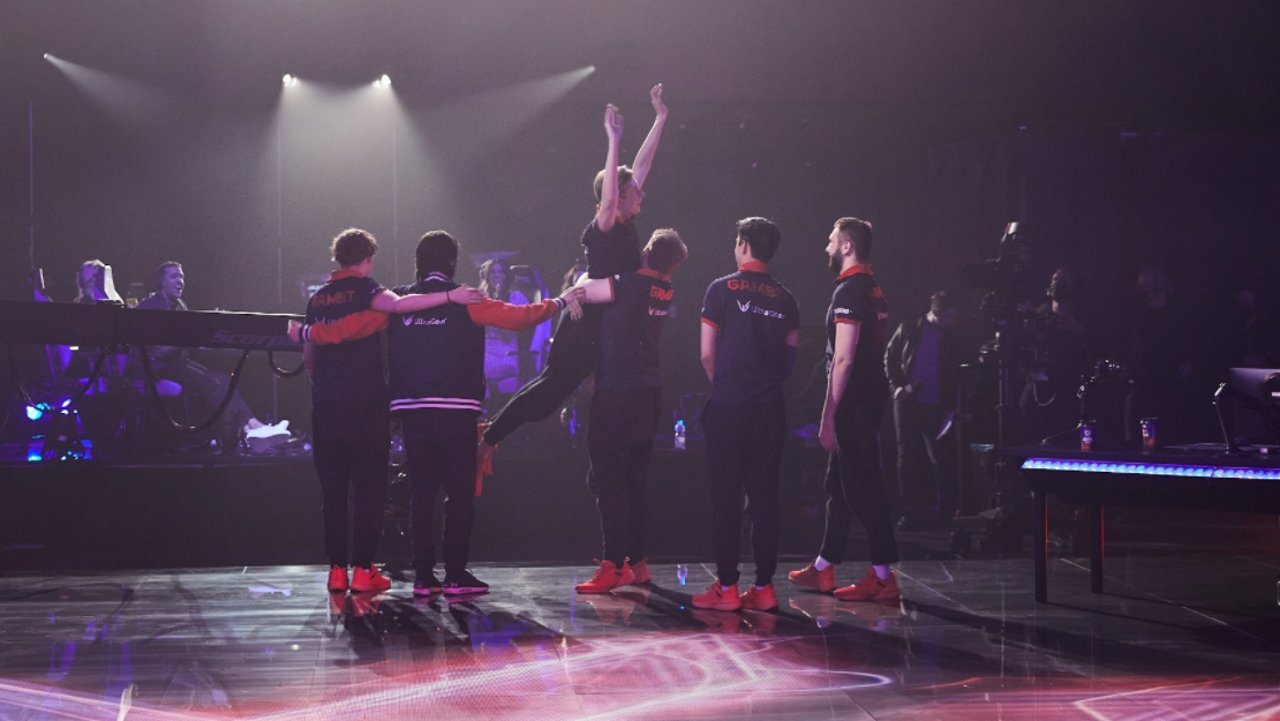 Champions has a lot to live up to. The Valorant Berlin Masters have come to a close, with Gambit claiming the crown and putting EMEA back on top over NA. The grand final was a heartstopping affair, but it was far from the only standout moment throughout the event. We’ve rounded up a bunch of Valorant Berlin Masters highlights and best moments below for you to be inspired by when you head into your next Radiant ranked match.

Scouting out the opposition

Brazil’s Keyd Stars may not have made it out of the pools, but they didn’t miss their chance to shine when utterly dominating Zeta Division during their matchup. With marshal in hand, heat brought the fire, and largely without bothering to use the scope on top.

The team walkouts for Berlin were notably less ridiculous thanks to Fnatic’s absence, but SEA side Paper Rex weren’t going to let us leave without one entertaining entrance. For their match against SuperMassive Blaze, half the team showed up in dressing gowns, with Benkai leading the way, toothbrush in hand. A cup of coffee before the match, anyone?

It’s fair to say that Korean side F4Q got bopped by the international competition, but they weren’t exactly lacking talent in their team. In this round zunba’s Astra seemed to have gained omniscience as he lined up shots on Sentinels precisely with each peek.

Yay is a monster

One of the standout players from the event was Eny’s yay, who time after time pulled ridiculous performances from Jett’s bag of tricks. Taking on Gambit in the grand final, he didn’t just buy the time for the Spike in a one-on-three, he left the opposing side feeling all but helpless against him.

No, really, he is

Not good enough for you? Later in the same match Yay clutched once again with a ridiculous combo of marshal headshots followed by what can only be described as the most blessed of plays.

But he’s at least half human

Thankfully we were given concrete proof that the man is fallible, as the replay cam captured this amusing clip of him scoping perfectly on an opponent only to click the wrong mouse button. Then again, given he follows it with a no-scope instead, maybe it was all part of the plan.

TenZ has still got it

Speaking of shining star Jetts, Sentinels’ TenZ couldn’t enter a tournament without his own highlight reel. In their group stage match with F4Q, he pulled out the blades to deliver a filthy sequence of headshots. He blitzed out of the gates on Breeze to earn a KD of 21-6 in just ten rounds. Yeah, he’s still got it.

Astra has become a must for most Valorant squads, but few used her toolkit quite so well as G2’s Avova. Placing her Cosmic Divide across Split’s A-Site, he positions himself perfectly to body block Sentinels from sneaking through the wall at its edges.

Success comes nAtsurally to some

Sometimes lady luck looks your way, and other times you’ve got to force the odds. In one of the strangest sequences of Gambit’s demolition of G2 on Icebox, n4ts manages to walk passed G2 mixwell into the A Site. Assuming it’s clear, his team rush up only to be cut down in an instant. The antics don’t stop there though, as n4ts somehow wins a 1v3 to recover the round.

Valorant is all about precise gunplay, and what could be more precise than lining up a spike plant through a wall with a massive gun. 100 Thieves pulled this ridiculous strategy out during their match against Acend, and it looked like Steel was set to win the team’s 13th round in style as he gunned down two of Acend’s squad through a wall. Unfortunately, the Odin’s ammunition only lasts so long.

cNed was looking hot with Op

It must be about time for another Jett play, so here’s Acend’s cNed making a victory feel like a loss for Vision Strikers as he whips out a series of lightning-fast flicks. He was playing so well, in fact, that 100 Thieves even admitted to straight up avoiding him during their quarter finals showdown.

Envy with the last-millisecond save

The opening match of the grand finals was every bit as tense as you’d hope. Gambit look poised to snatch victory at 12-10, but a Classic burst shot saved Envy at the very last instant to deny Chronicle the defuse. You could hardly believe watching live, and even now we’re still half convinced that the defusal bar was full.

Looking for the point at which Envy's fate in the final was sealed? This is probably it. After halfheartedly selling a fake attack toward Split's A-Site, the team moves slowly, ever so slowly toward B-Heaven. Sensing something is off, Gambit's Redgar peeks to confirm they aren't in B-Main, signalling Chronicle to push through Astra's wall and eliminate three players in a single spray. It's only a matter of moments before the last one falls and Gambit are on to championship point. That'll teach them for laughing at the earlier Brimstone pick!

North Americans wouldn’t be North Americans without a bit of smacktalk, and Envy were having a blast against LATAM top dogs KRU in their group stage match. After a definitive round win, they kindly offered to pause so their opponents could regroup.

It’s not all war and conflict, however. In the midst of a heated match, Sentinels and F4Q found time to share the love.

Got any other Valorant Berlin Masters highlights? Share them in the comments below! We’ll be back for the last chance qualifiers, so check back in October for more esports action.