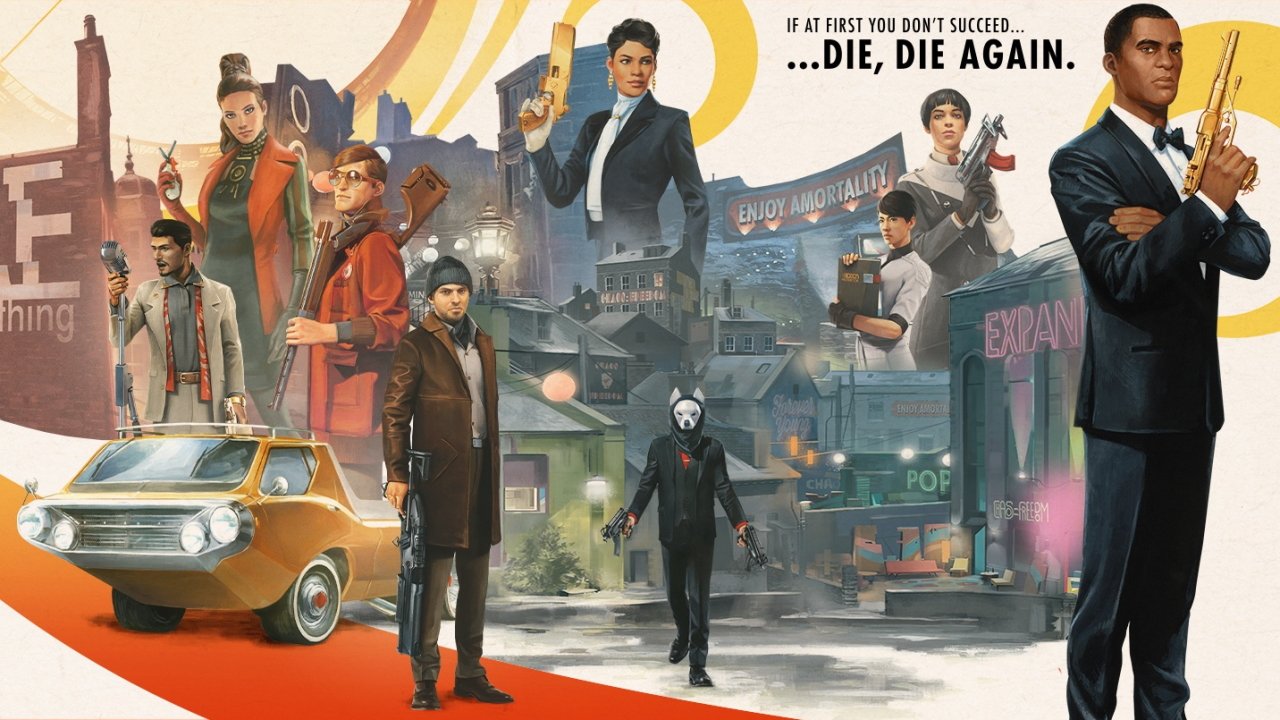 Deathloop secrets, tricks, and Easter eggs you might have missed

Deathloop continues to surprise us. Whether it’s finding a drunk Eternalist accidentally tumbling off a roof or an entire mechanic we’d somehow missed, each loop seems to bring a new discovery. Blackreef island is overrun with nearly as many secrets as its masked, painted, and violence-prone partygoers. Whether you’re just starting your forever day or are a season looper, here are nine Deathloop secrets, tricks, and easter eggs that you might have missed.

Deathloop secrets, tricks, and Easter eggs you might have missed

One of the most recognizable Easter eggs in Deathloop are the arcade cabinets dotted around various buildings, each of these is a reference to other Arkane or Bethesda-publised titles past, and there are a lot of them! Arcade cabinets and their references include:

There’s even a nod to the yet-unreleased Ghostwire: Tokyo through the Shadewire Edo cabinet and Arkane’s cancelled title, The Crossing.

What you might have missed, however, is that interacting with the Honorless cabinets will blare out a tune familiar to Dishonored fans. Yes, it’s a cheerier version of the sinister Drunken Whaler song released to advertise the original title.

2. Every turret has battery at its base

We managed to play through close to the entirety of Deathloop’s story before figuring this one out. Don’t make our mistake. If you’re in need of a quick battery, hack and deploy a nearby turret and you’ll find one poking out of its base. We did wonder how those things were powered. This knowledge is also useful for taking down enemy turrets as well. A single, well-placed shot on the battery will shut down those noisy, automated bullet hoses with ease. Naturally, this also applies to Field Nullifiers as well.

3. You can hack around corners

While we’re on the topic of turrets, here’s a trick for dealing with them. Anyone who’s been through a few loops already will likely know this, but you don’t need to maintain line of sight to hack. So long as you can get close enough to initiate the hacking process, you’re free to hide out of sight while you turn those pesky machines to your side.

Because of this, it’s possible to peek a corner directly into a turret or camera’s line of sight to start the hack. Just make sure you tuck back into safety before the red light signifies bullets flying your way.

Here’s one for the old-school immersive sim fans. In a nod to System Shock, Deathloop includes a voice line in recognition of the opening 0451 code from the classic title. Enter this during Colt’s first attempt at the tunnel door and he’ll chuckle to himself before saying “old habits die hard.”

5. All codes are randomized within your loop

On the topic of codes, here’s one that’ll slip by anyone who hasn’t tried to look something up online. Deathloop randomizes the numbers you’ll need for everything from unlocking doors to powering that handy delivery booth. As a result, you can’t simply Google the solution or ask a mate who’s ahead of you – you’ll need to find the code location in your version of the game.

Perform well and Deathloop will let you know this little detail in a side message, but it’s really easy to miss. To ensure that the challenge is upped on a run toward wiping the full lot, Deathloop’s enemies will start getting tougher and equip heavier weapon/trinket combos the more Visionaries you take out.

Due to growing instabilities in the loop, you’ll have the chance to secure better loot this way as more powerful Trinkets and tools enter the fray. But if you’re only aiming to take on a specific target later in the day, you’re actually better off avoiding killing anyone else before them.

7. Vending machines are the funniest weapon in the game

Candy is typically best suited for eating, but in Deathloop, it's the perfect tool to embarass an Eternalist or two. Unload a few shots into one of these glowing machines and it'll spew its contents all over the floor nearby. That's your cue to lure an enemy or two over and enjoy a spot of slapstick humor. Banana peels? Who needs them when the floor is littered with tiny orbs to trip and stumble over. Just make sure to finish the job with your machete before your grumpy target picks themself up from their candied conundrum.

8. Some devices are powered by blue generators

Batteries are an obvious power source for many tools in Deathloop, but there’s another kind you might have missed. Come across any blue laser beams guarding a particularly sensitive area? These will always be powered by a similarly blue cabinet mounted to a wall nearby. You’ll typically find a glowing cable leading you to the cabinet of choice. Pop a few shots in it and you’ll power down those defences, just make sure not to melee these cabinets or you’ll be in for a quite literal shock.

9. Some people are having a better loop than you

And finally, there are loads of little stories playing out in Deathloop’s four districts, but one of the funniest that Colt can’t even interact with is the group meeting up for a very good time in Karl’s Bay. Search the streets in the morning and you can find a note from one Eternalist to another, inviting them to spend some quality time together.

I guess some of us are having a better loop than others, huh? [sound on] #DEATHLOOP pic.twitter.com/jQDrDHn0l3

Return in the afternoon or evening and approach the house painted all in red to receive a few audio cues as to just how well that plan worked out. It turns out love can bloom even in a time loop. Certainly a better eternity than being killed over and over by Colt, anyway.

Found any other Deathloop secrets or Easter eggs? Share them in the comments section below. Want more advice to get you ahead? Our beginners tips and tricks will get you looping in style.