Defeat the Queen of Riddles with every Yerhva machine answer in Deathloop. 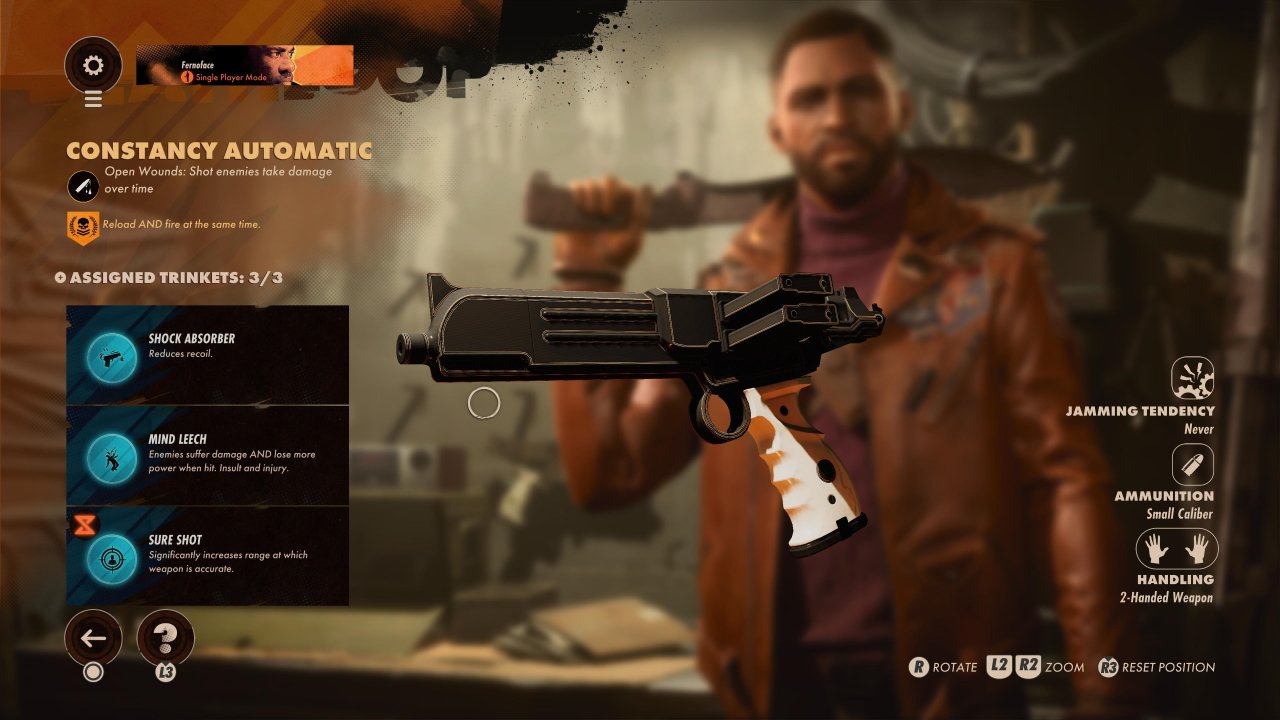 Learn what the glowing items in Deathloop do, how to use them, and why you'll want to find them in future.

Arkane Studios' latest title, Deathloop, has you take on the role of Colt, an assassin locked in combat with a rival killer as they repeat a time loop on an island. Your goal is to break the loop, but to do so, you'll need to be at the top of your killing game, which means being familiar with the tools of the trade. Check out our Deathloop guns list to ensure you're packing the right firepower

Deathloop's weapons are split into a few categories based on their ammunition type and whether you can wield them in one hand. While there are pistols, shotguns, snipers, and even a nailgun, we've split our Deathloop guns list based on the ammo types, then listed all of the unique special weapons separately below.

In Deathloop, guns will also have a rarity rating. This scale ranges from grey at the bottom, to gold at the top, with blue and purple in between. The lower a gun's rarity, the higher the chance it will randomly jam while in use. Golden rarity guns have a jamming tendency of "never," but this rating is reserved for unique weapons only. Meanwhile, the blue and purple versions of regular guns come with built-in effects.

That covers the full Deathloop guns list with every weapon you can obtain. For more Deathloop features and guides, check out our game hub.