Deathloop: How to save your progress

Learn how to save in Deathloop to avoid an awkward loss of progress. 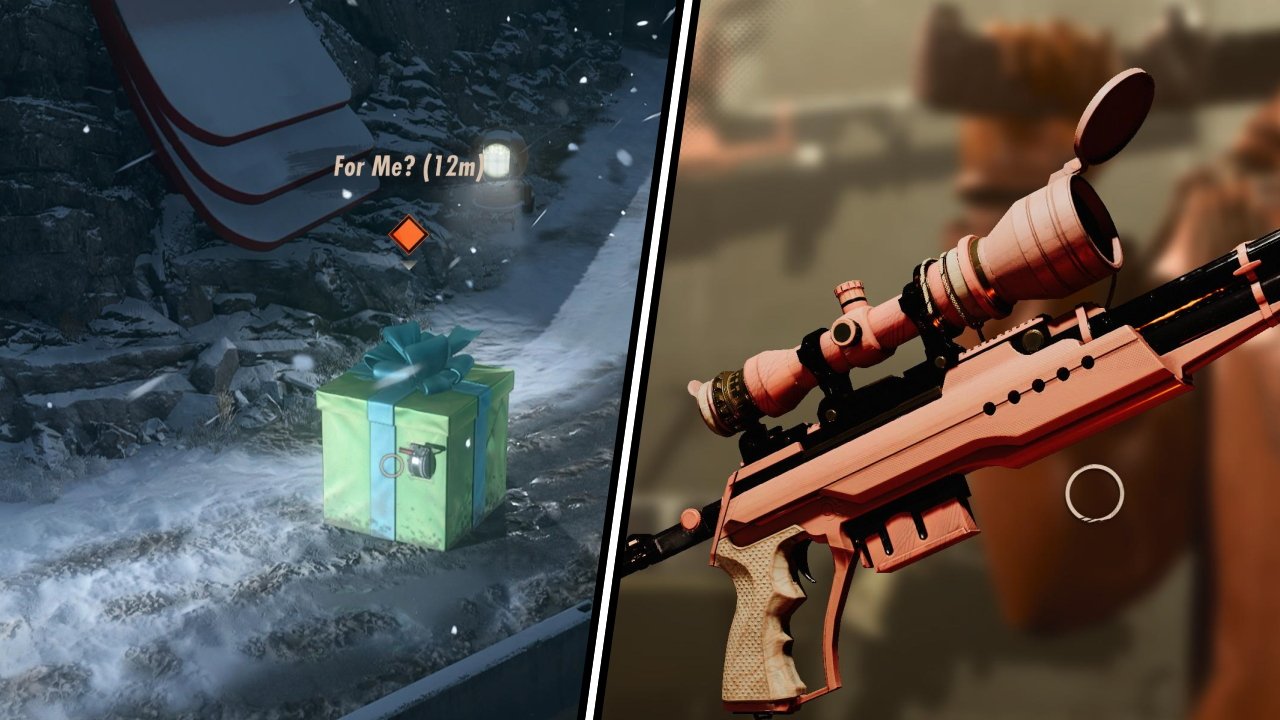 Defeat the Queen of Riddles with every Yerhva machine answer in Deathloop.

When everyone is out to get you, you should absolutely look a gift horse in the mouth. Our guide for the Deathloop Keep On Giving thread will explain why. The gift for this thread is easy to find. Surviving with your reward is another matter. In our Deathloop Keep On Giving guide we’ll explain how to get the Sepulchra Breteira sniper rifle and get the present without taking a bullet to the brain.

Head to Updaam in the afternoon and you’ll hear a radio message alerting you about a gift from a grumpy Eternalist. If it’s your first time visiting in this time period, you’ll start the Keep On Giving Arsenal thread.

Stick to the right side of the map and make your way forward past the stage and through the doors with the large cannon in front of them (an Eternalist will be attempting to launch himself out of it). There are a lot of Eternalists enjoying the concert by the stage, so avoid them if possible.

Once through, you’ll be in the region of Colt’s flat and the Dorsey mansion. The present will be sitting out in the middle of the open near the castle mansion walls at the end of the street. However, you don’t want to go straight to it. Interacting with the gift will see you killed instantly by an unseen sniper. In fact, there are several snipers set up to catch you, but we’re after the one holding the Sepulchra Breteira sniper rifle.

Instead of using the present, look for a building nearby marked as a bakery. It should be to the right of Colt’s flat if you’re looking back from the present location. You want to climb onto the roof of this building and enter through one of the windows on its right side. Avoid the window closest to the present as this is where the snipers are watching from. There are three Eternalists inside, but if you Shift behind them, you can take them out easily – especially if you have Nexus Slab equipped.

Kill these Eternalists and the lady closest to the window will drop your real prize, the Sepulchra Breteira sniper rifle. This is one of Deathloop’s unique, most powerful weapons. Collect it to complete the Keep On Giving Deathloop thread.

Before you go, check the map on the whiteboard in this room and you’ll see the locations of three other snipers marked. One is on top of a white antenna thing in the street, one is inside Colt’s apartment, and the other is on top of the roof of Colt’s flat. Time to pay them a visit, but be careful as they’ve set up proximity mines all over Colt’s place and the rooftop.

And what about the present? Opening this neatly-wrapped box will reveal a less than helpful Trinket called Poison Chalice which drains your health when equipped. Now that’s just mean spirited. Head back to the tunnels and make sure to infuse the sniper rifle when you escape.

Congratulations on beating the Deathloop Keep On Giving thread to get the Sepulchra Breteira sniper rifle! We’ve got loads of other guides, so head over to our hub page for the game to read more.