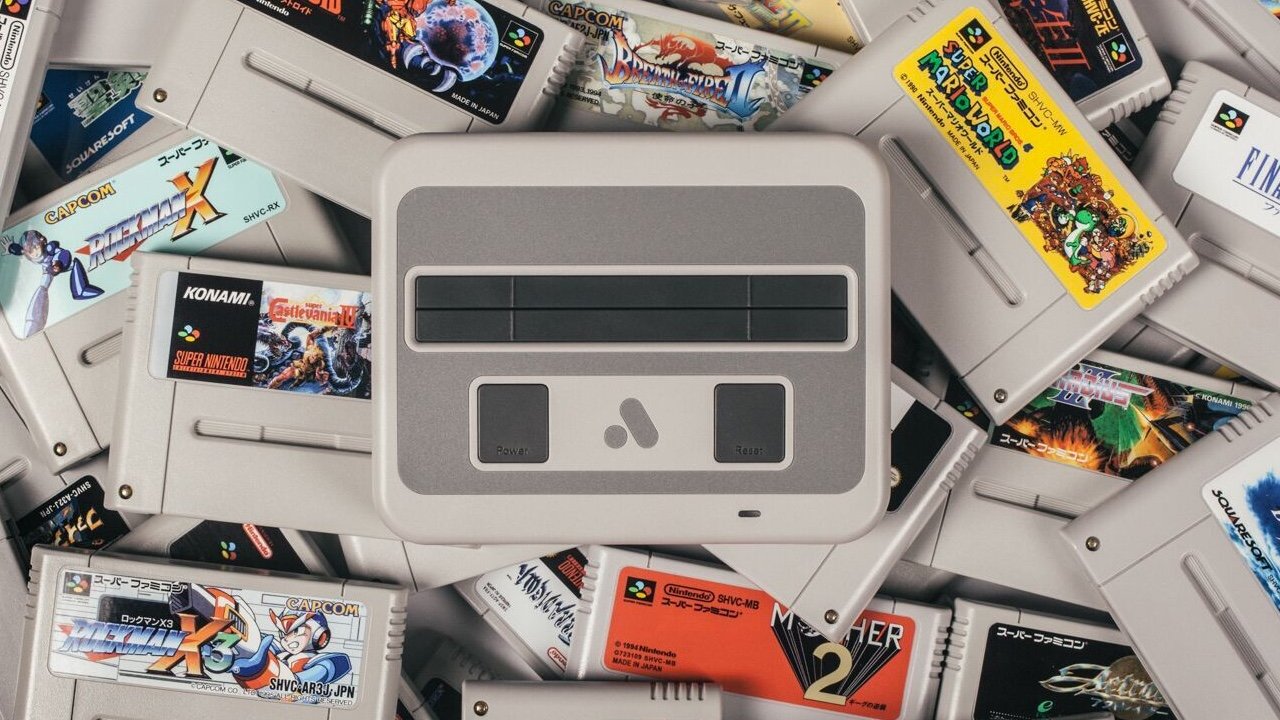 Hands-on with the Super Nt

As someone with a huge SNES cartridge collection and an even bigger CRT television setup, the Super Nt from Analogue had a very high bar to clear if it wanted to find relevance in your humble correspondent's household. Why settle for some modern bastardization of the classic Nintendo hardware when we have the real thing up and running like a time machine just a few feet to the left of our HDTV? It's to the Super Nt's immense credit, then, that it took all of about two minutes to completely win us over.

What is the Super Nt?

Boutique retro console developer Analogue has been making expensive modern reworks of classic video game consoles for a while, but the Super Nt is something new from the company: an HDMI-equipped multi-region SNES aimed at more of the mass market. At just under $189 ($239 with a wireless controller, although old SNES pads work just as well), this is a slightly more affordable machine than Analogue's aluminum-clad NES, let alone its wood-panel Neo Geo. But it still maintains the very high standard of industrial design - both inside and out - that has helped the company amass a devoted following.

Starting with the outside, the Super Nt is just under half the size of the classic SNES or Super Famicom case, but mimics a lot of the latter's design with its smooth, rounded exterior. Power and reset buttons are familiar shapes, the cartridge slot has classic spring-loaded shutters and the controller ports are identical to the classic design - and compatible with classic pads. The only unfamiliar elements are the rubberised finish on top and underneath, an SD card slot for firmware updates on the side, and of course the USB power and HDMI video slots on the rear. There's a pleasing heft to the console - unlike the small and lightweight Nintendo "Classic" micro-consoles - and while it looks a little stumpy and nondescript on its own, stick a cartridge in the slot and it looks right at home. The Super Nt is available in four color schemes - a couple mimicking SNES and Super Famicom, a black one, and a transparent one. (We tried out the SNES equivalent.)

Inside it's another interesting story. Whereas a lot of microconsoles are essentially software emulators, the Super Nt uses Field-Programmable Gate Array chips to adopt a hardware-driven approach, and while the average user probably wouldn't be able to tell the difference, purists will be pleased to learn that familiar emulation issues like slowdown or glitches are eliminated because essentially the FPGA chips directly recreate SNES hardware. Playing on Super Nt hardware is indistinguishable from the real thing because the experience is fundamentally the same as putting a cartridge in your original SNES.

Bringing out the big guns

We say it's indistinguishable, but of course in many ways the Super Nt is vastly superior. The most obvious difference is 1080p over HDMI. Like the SNES Classic Mini, the Super Nt simply takes the SNES game pixels and multiplies their size so that every game put through the Super Nt looks absolutely pin-sharp on even the biggest television. There's a nice new interface (designed by Fez developer Phil Fish) accessed at any time by pressing down and Select that lets you choose between various visual filters. You can even add scanlines if you want a more authentic CRT look.

And when we say every game looks pin-sharp, we do mean every game, because we couldn't find anything that didn't work on the Super Nt. We tried PAL games, NTSC US and Japanese games, Super FX 1 and 2 games, homebrew titles like the fan-translated Secret of Mana 2, emulation carts like the Super Everdrive, and even pre-release non-final SNES cartridges once distributed to game reviewers in the ever-so-distant past. Everything sprang to life beautifully and exhibited no playback issues.

You don't actually need a cartridge in the slot to play with the Super Nt, either, because Analogue has included copies of Super Turrican: The Director's Cut and the unreleased Super Turrican 2 as well, which you can run from the system menu. (They arguably lack the mystique of the SNES Classic Mini's Star Fox 2 trump card, but just as arguably they're more fun to play.) The only mildly negative thing we can say about any of this is that the bundled flat-pack Super Turrican box (which is included so collectors have something to show off, even though there's no cartridge to go in it) has the reverse side printed the wrong way up, meaning it doesn't quite fit in on our shelves. To say this is picking at straws, however, would be to exhibit a level of mildness that even homeopaths would balk at.

We've bought and tried a bunch of retro console updates over the years, from Hyperkin's SupaBoy portable SNES to Nintendo's Classic series and plenty in between, but the Analogue Super Nt is probably the most impressive we've ever seen. We never thought we'd be willing to sacrifice the authenticity of playing games like Mega Man X, Final Fantasy III and Donkey Kong Country on our prized CRT setup in favor of blown-up pixels on an HDTV, but the Super Nt is the perfect replacement. It is now the best possible way to play SNES games, and we can't wait to see what Analogue does next.