Learn the Deathloop PS5 controls so you can become a Slab savant as you track down each and every visionary. 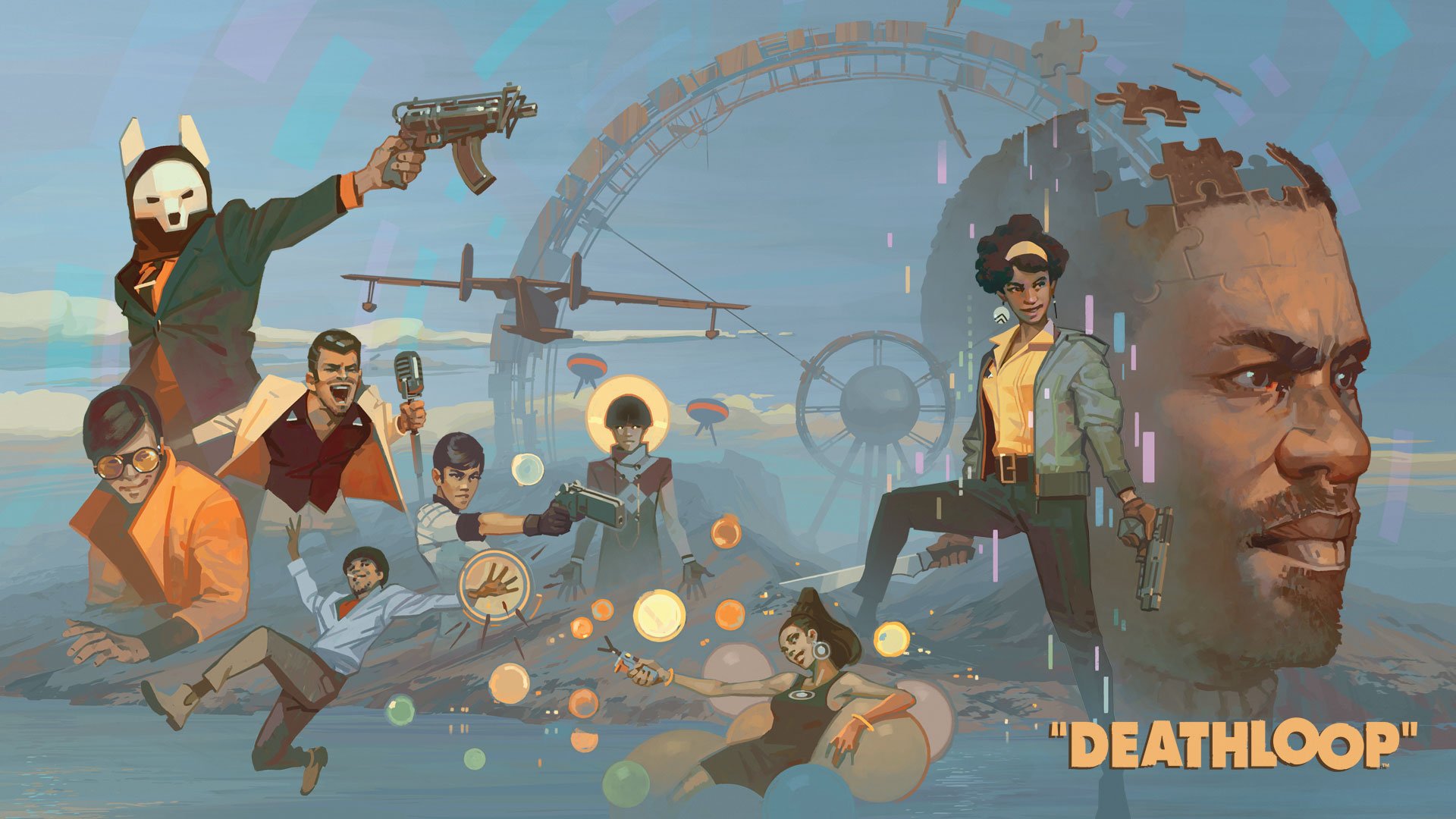 How to use Trinkets in Deathloop

Maximize your assassination skills with our guide

Bewildered yet? Getting started in Deathloop is a confusing experience both for Colt and for players. You’ll be introduced to a wealth of unusual and interesting mechanics, then let loose on the island’s Visionaries. Wondering the best way to begin on Blackreef? Our eight Deathloop beginner’s tips and tricks will help turn you from a loop loser into a cycle savant.

Deathloop gets you into its gameplay quickly, but it’ll be a good chunk of time before you’re given access to the core gameplay systems and structures. Before you spend too long attempting to thoroughly explore each area you visit, play through the guided mission segments to complete your first Thread. You’ll first gain the ability to revive twice after deaths, then, after heading to look into Residium research, you’ll unlock the ability to collect and store Residium, Deathloop’s main resource.

Residium is the stuff you’ll be saving up to “invest” in permanent upgrades that stay with you between loops, making each death a far less troublesome and tiring experience. You can absorb it from all the glowing objects around the island, so unlock this ability first before you put too many hours in.

Deathloop tip #2: Save up for Slabs and fancy weapons

While we’re on the topic of Residium, you should be saving it for the good stuff early. Basic guns are a dime a dozen, and you should have no problems grabbing a replacement on your next restart. Instead, save up and splash out on the upgrades that’ll really make a difference – rare weapons and power-granting Slabs.

When you take down a Visionary for the first time, it’s vital that you have enough Residium to store their Slab between loops – you didn’t do all that work for nothing, after all. Visionaries also tend to have valuable weapons at hand, so if you can save them too, all the better. You won’t want to hoard your Residium forever, however, so feel free to spend it if you’re not taking on a Visionary for some time. Prioritize Slabs, then rare guns, then useful Trinkets.

Once you’ve beaten the tutorial you’ll be free to assess, approach, and assassinate the island’s Visionaries at your leisure. It doesn’t have to be your first option, but we recommend heading for the Shift Slab as soon as you can. Fans of developer Arkane will recognize this ability as Corvo’s Blink, allowing you to teleport short distances.

Grabbing this and investing it early on will make navigating Blackreef all the easier, as you can jump across and up larger gaps or skip past scanners and unsuspecting guards. All of Colt’s possible powers are a blast, but Shift feels like an essential pick up.

Deathloop tip #4: If you die twice, head for an exit

Early in Deathloop, Colt will gain the ability to revive twice after death. The charges for this power reset each time you enter a new segment of the day by returning to the tunnels. Die permanently, however, and you’ll lose all the Residium you’d saved up during this loop. To minimize your losses, it’s a good idea to make your way to an exit any time you fall twice during a mission.

If you fall, you’ll want to find your point of death to reclaim your stored Residium in Soulsborne fashion. Once you grab that, however, you should probably make a runner. You can only spend Residium in the menus between each outing, so retreat and spend it if you’ve stored up a good supply. You can try again on the next loop, and this way you’ll be even more powerful.

That text floating everywhere? It's not just for show. The mysterious memory messages which pop up around Blackreef offer much more than just story details. Often, they'll provide a hint as to alternate paths or a hidden threat. If a doorway has "Ambush" written above it, there's a good chance you can expect an activated turret ro be waiting behind. Whether you follow the advice given is entirely up to your Colt, but it pays to acknowledge it at the very least.

The easiest way to pull the trigger is to have someone else do it for you. Deathloop’s levels are littered with sensors and automated turrets, and you should aim to hack almost every single one you find. The former will stop an accidental alert when you need to move quickly, and the latter will win fights with minimal effort. There are a handful of activated turrets scattered around each level, but you’ll also find plenty sitting in briefcases waiting for you to make use of them. Commandeer these using your Hackamajig and you can carry them to deploy at will.

Turrets can take out masses of armed goods in early fights, or be positioned in a fall-back point to give you safety when running away. Even if one is armed, use the Peek function to look around the corner and start the hack without being blasted to pieces. You can even use turrets to take down several of the well-armed Visionaries.

You see all those masks people are wearing? Great for cults, but it turns out that they really restrict your vision. As a result, the goons of Blackreef aren’t very sharp-sighted, especially when it comes to looking up. There’s a huge degree of verticality to most of the island’s sectors, so use it. Getting above your foes will help you avoid detection, listen in on clue-revealing chatter, or bypass enemies entirely.

It’s also the key to getting easy access to many of the well-protected areas. Updaam's Library may have plenty of minions blocking the front door, but scamper up the ventilation fans on the building’s side and an open window is waiting for you. Explore upwards and you’ll be rewarded.

Deathloop tip #8: Go wild every now and then

For our final Deathloop beginner’s tip, don’t forget that this isn’t Dishonored! Besides losing your Residium and (unsaved) gear, you won’t suffer much of a punishment at all for dying. As a result, it really pays to go absolutely wild every so often. Test out each gun, unleash your arsenal of powers and gadgets, and kill everyone in sight.

Stealth feels natural and will help you succeed in challenging tasks, but Colt is just as deadly as a double-wielding, bullet-spewing inferno. Take the time to practice all-out action early and you’ll be much more likely to survive when caught unexpectedly on an important run. And with two Reprise uses to rely on, you’ve got plenty of opportunity to play around.

Those were our top Deathloop beginner’s tips and tricks. Keep them in mind as you begin exploring Blackreef island in loop after loop! Head to our hub page for the game to find useful information like a full controls guide.