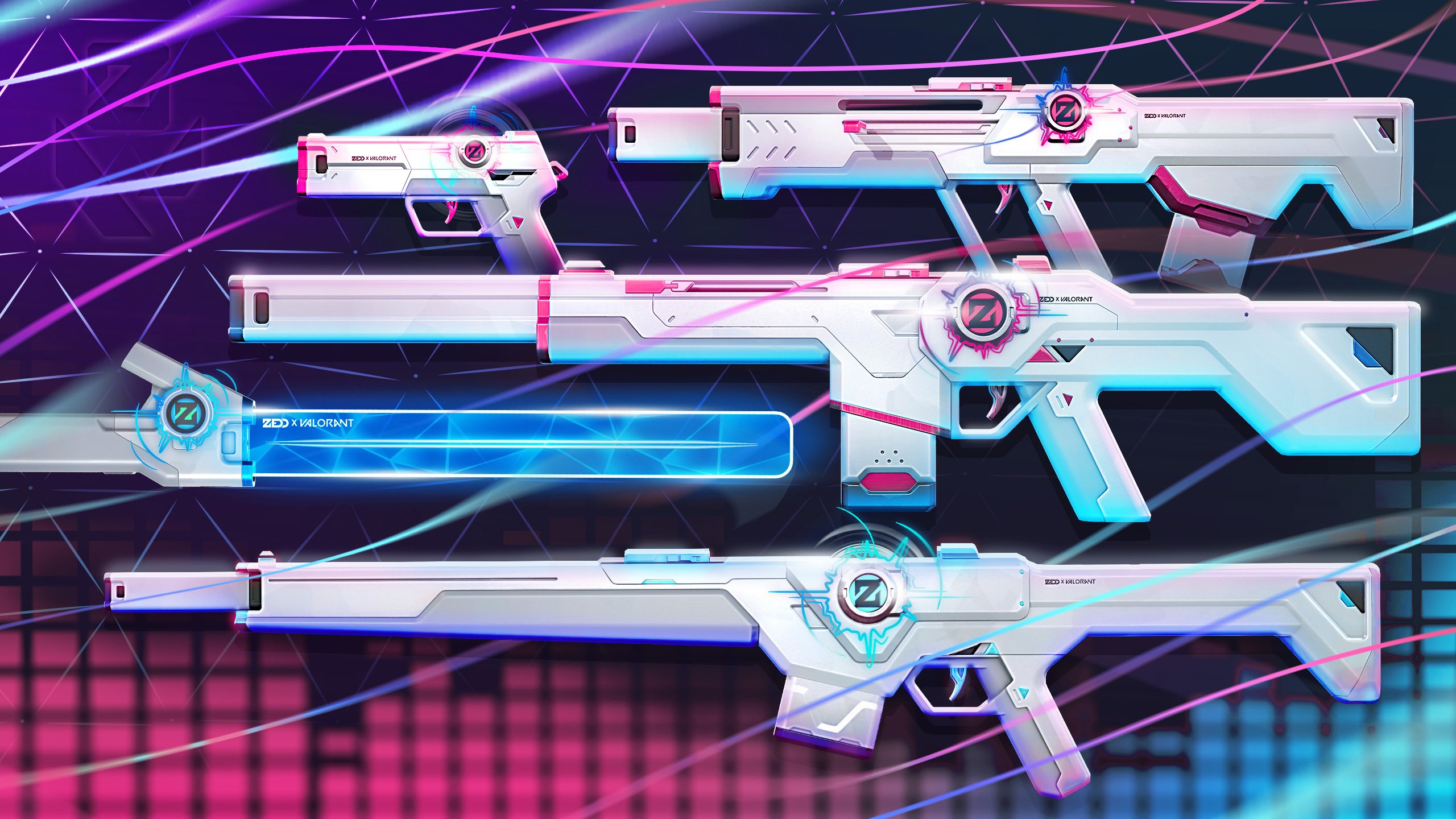 Valorant is getting a musical makeover courtesy of the Spectrum skin bundle. The new set of pristine sci-fi skins were created in partnership with DJ Zedd, who worked to “design and mix” every single audio effect the guns have. As an XE Tier item, they’ll be one of the priciest bundles to hit the game. Interested to learn more? We break down the Valorant Spectrum skins visuals and pricing below for you to assess.

There are five weapons included in the Valorant Spectrum bundle, along with two gun buddies, a card, and a spray. Here’s the full list:

The Valorant Spectrum skins were introduced by Zedd himself in a showcase video which we’ve embedded below. It gives you a taste of the sounds you can enjoy with each gun, though you’ll have to upgrade their versions to unlock the full suite of effects. Below, we’ve also given a look at each weapon included.

All the Spectrum skins start in their base white form, but you can adjust them to black, red, and a purple-pink variants as well. We’ve shown a variety below so that you can get an idea of the style for each one.

As you’d expect from a fancy bundle, the Valorant Spectrum skins can be upgraded to gain new effects. This time, it’s all about movement. The skins will shift through different colors as you travel around the map. Here’s how the Spectrum levels break down:

In the case of the Waveform Melee set, when you upgrade it, it’ll gain unique animations and audio as well as the same inspect effect. When attacking, the Waveform leaves a, you guessed it, waveform effect at the point of impact.

The Valorant Spectrum bundle is an Exclusive, or XE, Tier, making it the most expensive skin bundle in the game and priced at over $100. Here’s what we know about the price of the bundle an all individual skins:

We’ll update as you learn more about the individual pricing options for the Valorant Spectrum skins.

Looking for more Valorant skins? Check these out:

That’s everything we can share about the Valorant Spectrum skins, visuals, and pricing. Excited or has the extreme price put you off? Let us know in the comments below. Head to our Valorant hub page for all other content we have for the competitive shooter.