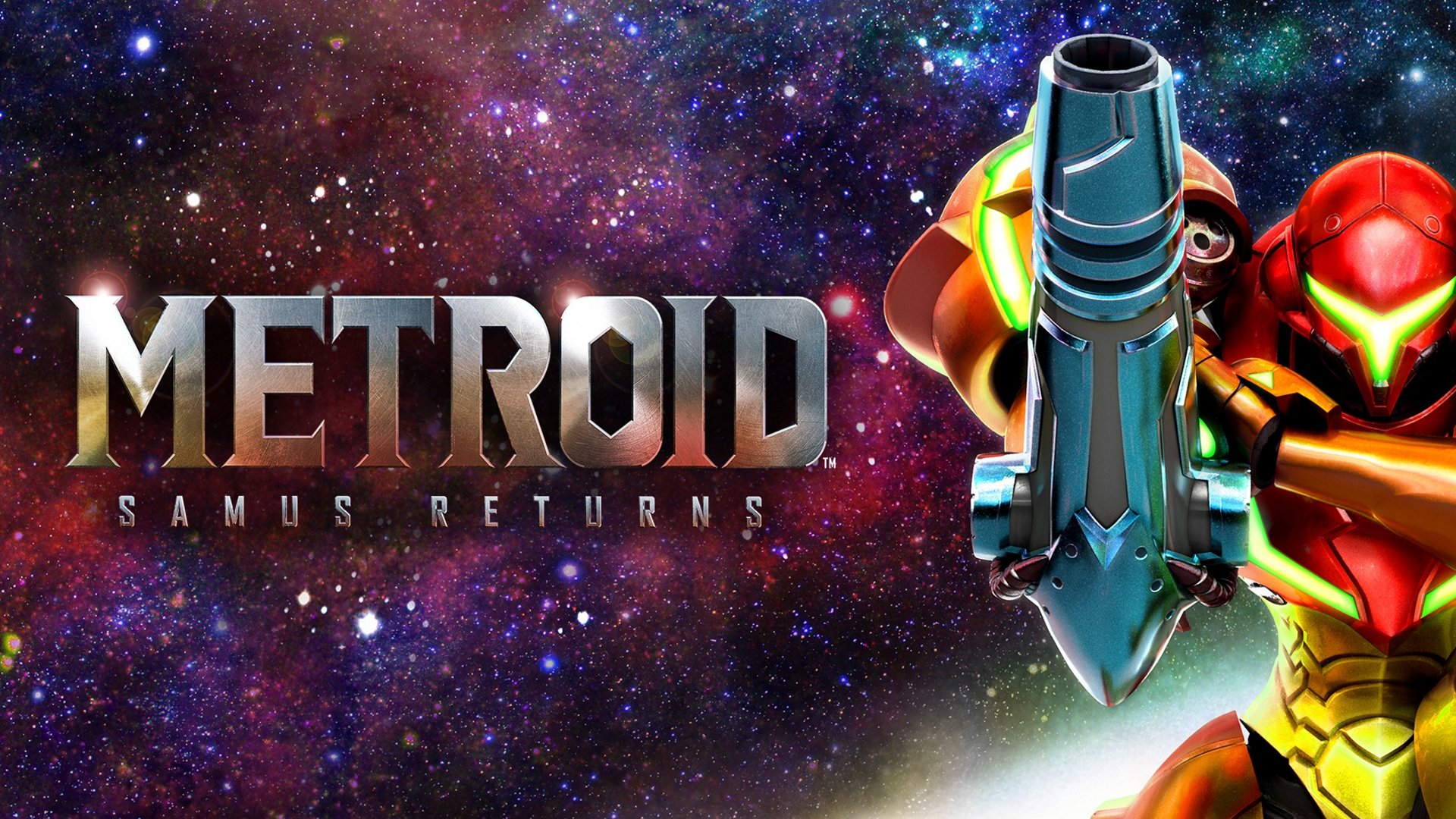 It’s been 7 years since the last game in the Metroid series (we won’t mention Federation Force if you don’t), but Samus is finally back. Metroid: Samus Returns is a remake of the 1991 title, Metroid 2: Return of Samus, but much like the GBA’s Zero Mission remake, Nintendo has taken great measures to ensure this feels like a whole new title.

Samus Returns follows the events of the original Metroid and the defeat of Mother Brain. Impressed with her work, the Galactic Federation sends our favourite space hunter to commit just a little bit of genocide on the Metroid’s home planet of SR388, wiping out the life-sucking beasties for good.

The bulk of the game takes place in a series of hunts. Each level tasks you with tracking down and eliminating an increasing number of Metroids before you can progress. A tally of the remaining bugs is kept on the lower screen, and Samus has a geiger-counter-style detector to let you know when you’re getting close.

Along the way you can expect all the usual Metroid staples of exploration, hidden upgrades and backtracking. But where other titles place emphasis on securing new weapons or abilities, Samus Returns focusses instead on your prey. Upgrades are not the end goal of your endeavours, merely tools you’ll need to secure if you want to reach your targets.

If you ever get stuck, returning to the level’s starting temple will deposit the Metroid DNA you’ve collected and alert you to the location of one remaining foe. By and large this works well, letting you explore freely, locating the targets you can and grabbing upgrades along the way, but occasionally it left us banging our heads against a brick wall. At one point we spent a good 15 minutes failing to find the doorway into a Metroid’s room only to discover the required upgrade was hidden in an unexplored region at the other end of the map. Drawing a player’s attention to a room they can’t yet access is a risky approach that can distract from the actual path for progression.

Samus Returns’ main downfall is a lack of structure to each level. The overall design is clear from the get go: Find and kill X Metroids, bring their DNA back to a marker and the next area will open. But within each level this becomes much less defined. You’ll wander through environments, running into Metroids and bosses at wildly different paces depending on which route you take. Freedom of exploration is great, but at times it ends up feeling more than a little messy.

Samus’ suit starts out with a swathe of empty modification slots, and Returns isn’t shy about letting you have them, dishing out upgrades thick and fast. Just over an hour into the game we’d already unlocked Spider Ball, letting us roll up and around the walls of most chambers. It’s a bold option to allow players so many options so early, and while certainly fun, it doesn’t always work seamlessly. That spider ball unlock came just minutes after acquiring the ice beam, a weapon capable of freezing enemies solid to be used as platforms. However, in most cases being able to roll across the walls and ceiling proves far more useful, relegating use of the ice beam to a select few enemies and locations.

This freedom of approach pays back in other ways, however. In many locations, valuable upgrades or areas are hidden behind paths that, at first glance, require use of unlocks not acquired for quite some time. But, with some well placed use of bomb jumps (timed morph ball bombs can be chained to bounce Samus higher and higher), we were able to gain access to a number of power-ups well before the traditional route allowed.

Punching above her weight

The biggest addition to Samus’ arsenal is her melee swing, capable of staggering most enemies to land a powerful counter-hit. The majority of creatures Samus encounters will perform a charge attack when approached, flashing white for an instant. Melee them back after this signal and Samus will automatically train her sights on them, allowing you to fire a far more powerful shot that will typically kill outright. It’s an intensely satisfying experience, a point the developers were clearly aware of since the entirety of combat is centred around it.

Samus Returns is not an easy game, and isn’t afraid to penalize if you aren’t playing it right. You’ll learn early on just how easy it is to fall victim to carelessness, as it’s easy to miss when your health runs low during a battle. In general, enemies are resistant to a large amount of gunfire, and will deal punishingly heavy damage when they hit. It’s not uncommon to take half an energy bar’s worth of damage in an attack, especially when facing larger foes. Learning use melee therefore becomes essential, requiring careful timing around enemy attacks. The further you progress, the more enemies will adjust this timing to throw you off — hang on, is this the bit where we have to compare it to Dark Souls?

Melee’s value becomes even more apparent during the game’s Boss fights. Each Metroid you encounter will come flying into the foreground in a slick pseudo-3D animation before beginning its assault. They’re unquestionably deadly, capable of felling Samus in just a few swoops, but thanks to the melee counter, so are you. Repel a boss and Samus will climb onto them, allowing you to unload directly into their face. Every fight takes place in a unique arena, but during the first 15 Metroid battles it was rare that one would survive the simple combo of ice beam, melee counter, fire a bajillion missiles into the throat. The fights are punchy and satisfying to finish, but it isn’t often you’ll actually make use of Samus’ platforming skill beyond waiting for that right moment to counter.

A good swing isn’t the only new trick Samus has in her book. You’ll also gain access to a suite of Aeion abilities which enhance our heroine in several ways. The most basic of these simply acts as a user-activated mapping tool. At the cost of some Aeion charge (replenished through melee counters and kills), Samus can scan the surrounding area, revealing the map and highlighting any fake walls or upgrade spots. It offers a manual alternative to the series’ map rooms, and makes hunting down those final, hidden missile upgrades far more manageable.

The other abilities include electric armor, a more powerful beam blast and finally the ability to slow time with Phase Drift. Each of these opens up new routes for Samus to explore the world, increasing the number of backtrack points if you’re looking to hit 100%. Fortunately, teleport stations are also smattered between worlds, meaning hopping back to an earlier level is never much of a chore.

Metroid II - Return of Samus was never held to quite the same high regard as its peers in the series, and makes for an odd choice to revive Samus after all these years. However, while it might suffer from some of the structural pitfalls of its ancestor, Samus Returns has brought the series back in vibrant style. Every animation is a delight, bringing the world of SR388 to life. Pulling off a well-timed counter just feels cool, and the new Aieon abilities and grappling takedowns only add to that. Linking together Samus’ wide arsenal of attacks and traversal options provides a tangible sense of power that’s only enhanced by the penalty should you screw up.

The combat may be new, but this is still the series we love, and if you’re anything like us, hunting down missile packs, energy tanks and fiendish Metroids on an alien world is still as fulfilling as ever. I’m not sure we’ll ever get over hearing that upgrade sound play. Samus is back, and boy are we glad to have her.