A look at the Valorant Nunca Olvidados skin bundle which celebrates Day of the Dead in Riot's competitive FPS. 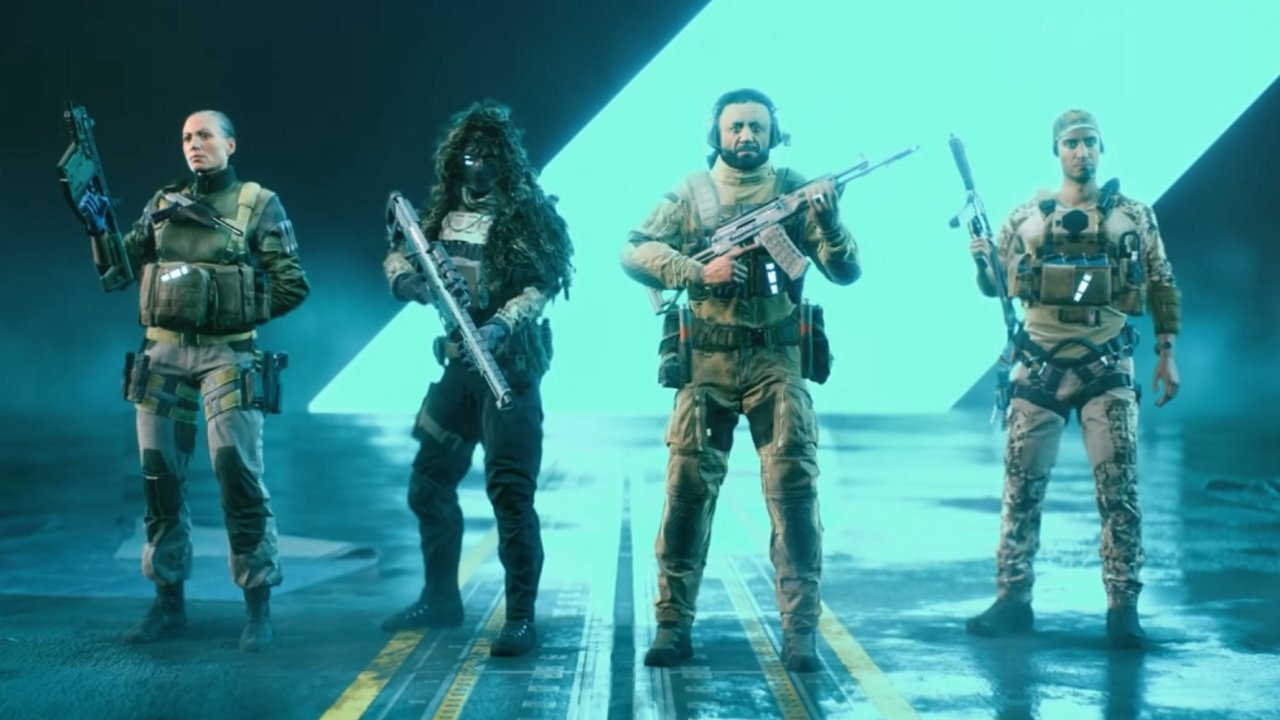 Battlefield 2042 Specialists: Our first look at the new classes

We're (dis)counting down the days.

Battlefield 2042 will make you feel special. It’s not just the explosions and dramatic battles, though. Effectively (though not quite technically) replacing the standard class system, Battlefield 2042 Specialists are unique characters with customizable loadouts which players can pick before diving into a match. Think Rainbow Six Siege’s Operators, but with far more freedom to modify their gear.

Specialists still fall under the class system of Battlefield past, but each one has a unique Speciality tool and Trait to use during matches. Here’s a look at each and what we know about them.

First up is Webster Mackay, the Assault Specialist with a knack for getting about quickly. Mackay comes with a grappling hook which can be fired into walls to launch him upwards and help him mantle onto higher heights.

On top of that, Mackay’s Nimble Trait means he’s got a higher movement speed than most Specialists while aiming down sights and ziplining. Perfect for keeping someone suppressed as you advance or for flanking around a distracted enemy.

Likely the closest to a traditional battlefield medic, Maria Falck is made to keep her squad on their feet and fighting at full strength. The S21 Syrette Pistol can be used to heal teammates at range or deliver a quick jab to top up Falck herself.

Skilled at deploying a pair of defibrillators mid-combat, Falck comes with the Combat Surgeon Perk which means anyone she revives will be brought back at full health, ready for action.

A fan of big guns and minimal work? Boris is your guy. An engineer built around supporting firepower, Boris can place down the SG-36 Sentry Gun to unload lead into his enemies without a press of the trigger. Use it to support your attacks or watch your back – either way it’ll be your best friend on the battlefield.

The Sentry Operator Trait improves the effectiveness of the turret while Boris is nearby, making it advantageous to plonk it close to a spot of cover you can hide behind.

Next it's the return of the Recon class with saffa agent Casper. Intended to support his squad from behind the scenes – or ideally, up high – Casper can deploy a remote-controlled Recon Drone which marks enemies, revealing them for your side. It also comes with EMP tech, allowing you to disrupt enemy electronics for a brief period.

A paranoid man for good reason, Caspar’s Movement Sensor Trait will place an indicator on your screen to point out incoming dangers, letting you know when someone is sneaking up behind you for a backstab.

Irish is the man in charge of the Specialists aboard the Exodus fleet, and aims to keep the Non-Patriated civilians safe from the war raging across the globe. Irish can deploy a cover system wall to block bullets and explosives, or place the APS-36 Shootdown Sentinel to eliminate incoming enemy projectiles. His passive also means he can gain armor with extra bonuses from any enemies he downs on the battlefield.

One of the only two Specialists lacking a nickname, Rao is a tech-head soldier capable of serving up intel for his team while shutting down his opponents. His Cyber Warfare Suite speciality allows him to hack a variety of targets, scrambling vehicle systems, disabling Rangers, or triggering base defenses from afar.

Rao's Trojan Network Trait grants the powerful ability to reveal any other enemies close to any target he kills.

Dozer is a "lead from the front" style of Assault Specialist. To keep him alive on those deadly charges, he wields the SOB-8 Ballistic Shield to protect from enemy gunfire. Double that up with the Blast Resistant trait which makes him extra resiliant to explosive damage and Dozer becomes a terrifying sight to see charging towards you across the open.

A former member of a Parisian crime syndicate, Sundance has the tools required to make things explode and get out safely afterwards. They're also the game's first non-binary agent. Sundance's Smart Explosives speciality allows them to deploy scatter grenades and explosive micro-drones which home in on enemies, both of which sound unpleasant to be on the receiving end of. Their Wingsuit Trait is the one you've seen in plenty of trailers already, allowing them to deploy it in certain situations to soar safely through the skies.

Paik more than makes up for the lack of a catchy callsign through her powerful detection abilities. Her EMG-X Scanner will reveal enemies through walls, allowing for some extremely one-sided firefights. If anyone has the gall to shoot her first, Paik will automatically detect their presence, allowing you to quickly fire back at their position.

Another experience combat medic, Angel's Trauma Specialist Trait allows him to revive downed allies with a full armor bar as they return to the fight. Not just content to keep you alive, he'll also ensure you're well stocked. Angel has access to ammo and armor supples, and can call down a crate from the skies to offer new loadouts for himself and allies.

Those are all the Battlefield 2042 Specialists arriving at launch, but DICE has plans to add even more in post-launch content. Find out more about Battlefield 2042 with our breakdown of everything we know.