Catch many Medaka with our guide 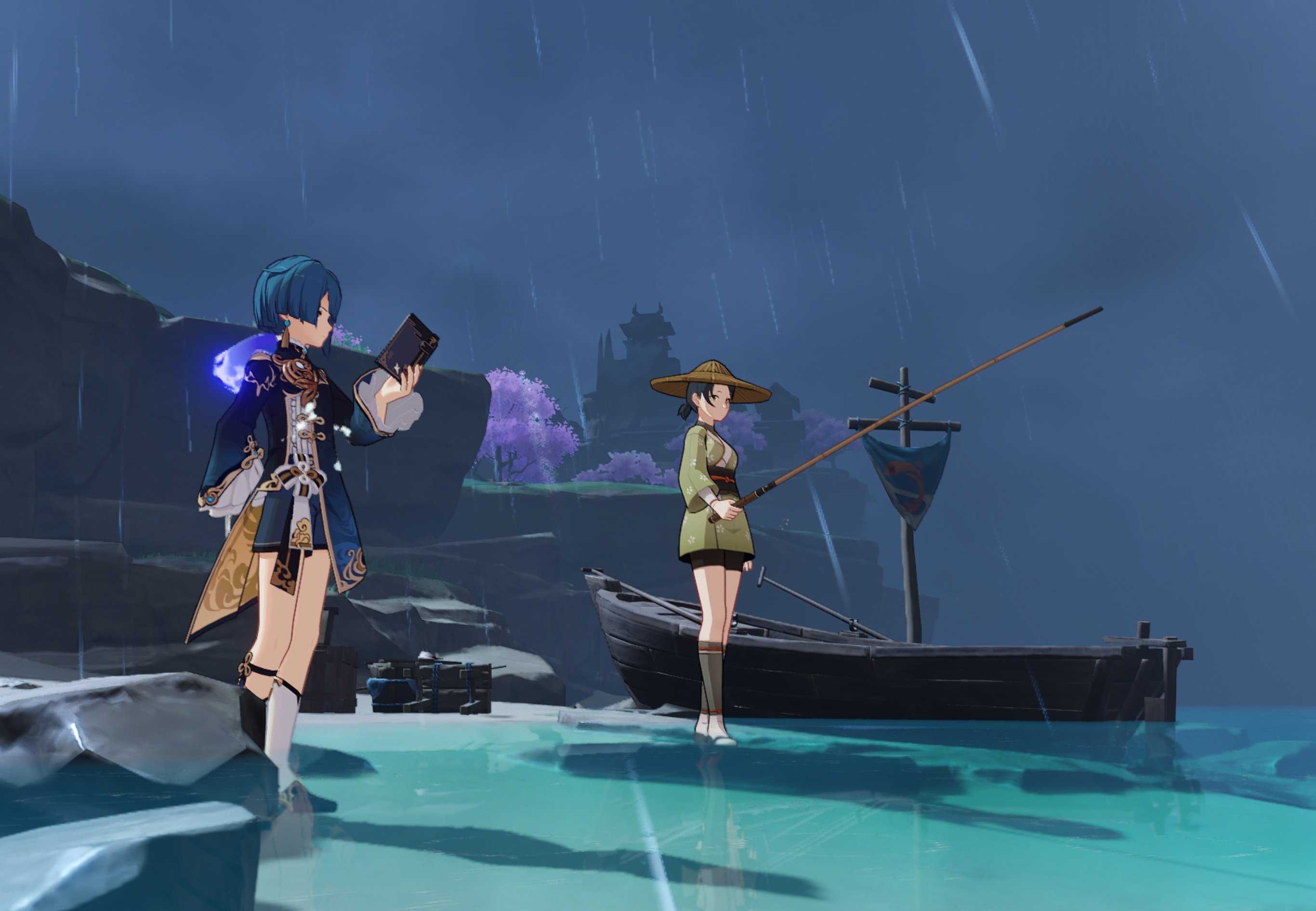 How to get The Catch in Genshin Impact

Find these rare fish with our guide

Now that Genshin Impact's 2.1 update is out, you can now get The Catch, a new 4-star polearm weapon, from the new fishing system also added to the game.

You'll want to get The Catch because it's a fairly strong (and unique) polearm, especially with the new 5-star character Raiden Shogun, who can make great use of The Catch's Energy Recharge substat, for a much cheaper alternative than pulling for her signature weapon, Engulfing Lightning.

So here's everything you need to know about how to get The Catch in Genshin Impact, including which fish are required for its refinement material, what bait they like and where to find them.

How to get The Catch in Genshin Impact

Your first step on the journey to get The Catch in Genshin Impact is to unlock fishing, which should be waypointed for you by a helpful Katheryne the suspiciously robotic Adventurer's Guild lady in Mondstadt.

Once you've learned the ropes, you have everything you need to go and get your new polearm weapon. The Catch is being sold by one of the three Fishing Associations in Teyvat, namely the Inazuma branch. You can find the Inazuma Fishing Association on Narukami island, just south of Byakko Plain, and handily right next to a teleporter.

Go have a chat with Kujirai Momiji on the shoreline and ask to buy some fishing supplies, there you'll find out all the fish you need to exchange for The Catch:

You can catch Koi in multiple spots around Mondstadt, Liyue and Inazuma, using Fake Fly Bait to catch them, but you'll only find the Raimei Angelfish in one place, a ship's graveyard between 6pm and 6am. They need False Worm Bait to catch, and there's only four of them there so you'll have to wait for fish to respawn upon the daily server reset.

Once you've acquired The Catch itself, you can upgrade it using its special refinement material, also sold by Kujirai, called Ako's Sake Vessel. There are four of those available to raise The Catch up to Refinement Level 5, and each one will require:

Much more reasonable rates, though of course to get to Refinement 5 you'll need 12 Raimei Angelfish, and 40 of each Pufferfish, which will still take about three real-time days. You can find Pufferfish pretty much everywhere, and they also like Fake Fly Bait so make sure you craft plenty of that.

That's everything you need to know about getting The Catch in Genshin Impact. If you'd like all this info, as well as mini maps of each fish's location, check out this useful infographic pieced together by Discord users.