Learn where to find Amakumo Fruit locations in Genshin Impact so you can farm the Raiden Shogun ascension materials. 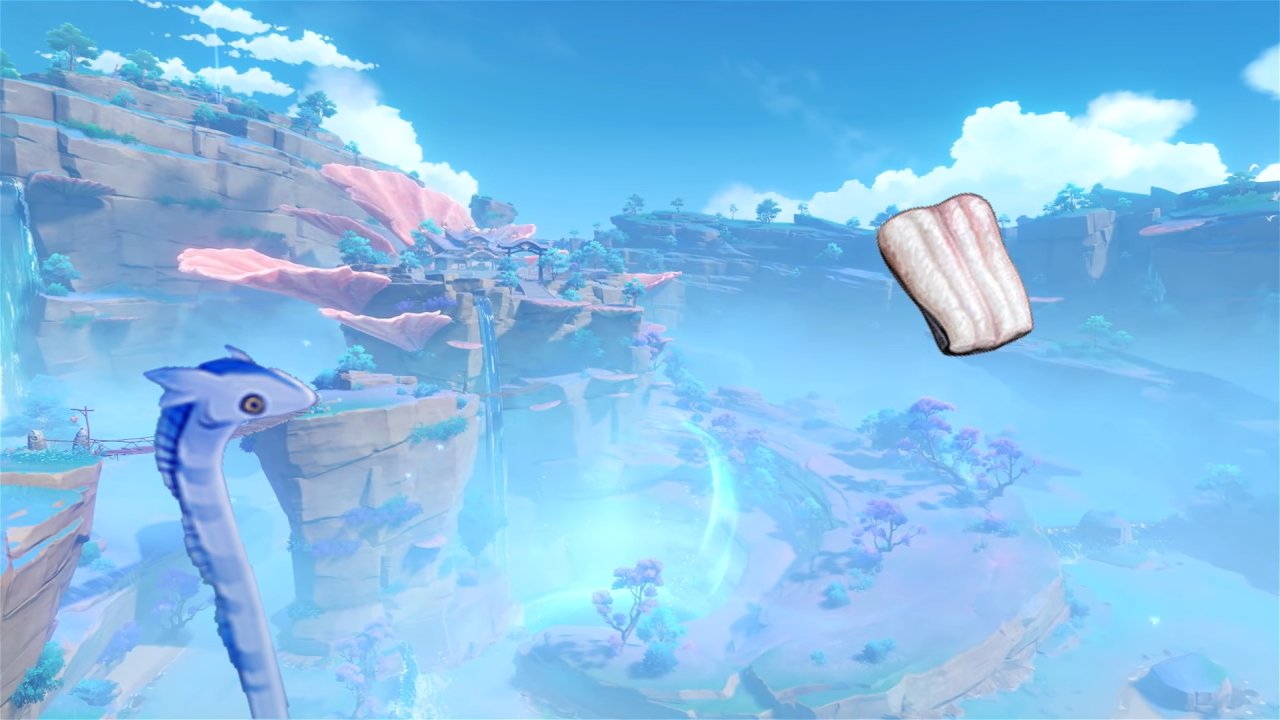 Learn where to find Sango Pearls in Genshin Impact and what this new Ascension Material will be useful for.

Version 2.1’s introduction of Seirai island and Watatsumi island came with a fresh haul of unique resources for players to collect. If you’re looking for Genshin Impact Unagi Meat locations, we can help you track down exactly where to grab this new resource for cooking tasty meals. Below, we’ll cover where to find Unagi Meat in Genshin Impact and what we know about the food item’s purpose.

Having arrived in the 2.1 update, Unagi Meat locations are found exclusively on Watatsumi island in the Inazuma region. That's the island to the west of the main Inazuma area. To get Unagi Meat, you need to grab adorable little blue eels called Unagi, found on shorelines of the island as shown on the map above. There are two varieties of Unagi: Adorned Unagi and Red-Finned Unagi. No matter which one you collect from, you’ll still get Unagi Meat in Genshin Impact.

Rather than appearing all around the coast, Unagi are localized to a few locations. Most notably, you can find Genshin Impact Unagi Meat locations at the northwest beach, the eastern edge of the northeast island segment which contains Suigetsu Pool, across the beaches of the east, the southern beach below Bourou Village, and the southern edge of the western cove by Mouun Shrine.

The official game description for Unagi meat is as follows:

“The fresh meat of an Unagi. If handled properly, it can be used to make fresh, lovely food.”

As for what Unagi meat is used for, the meat is listed as a “much-beloved delicacy” for the Inazuma region when grilled, so you can expect certain characters around Inazuma to request dishes involving the delectable creature in future. Unagi meat can be used to craft Grilled Unagi Fillet by combining 3x Unagi Meat and 1x Sugar. You can get the recipe for Grilled Unagi Meat from Shimura Kanbei in Inazuma City.

Those are all the details we currently have on Unagi Meat locations and uses in Genshin Impact. If you’re after more resource guides for Watatsumi island and Seirai island, here's where to find Sango Pearl locations, and you should check out our map of amakumo fruit locations so you can rank up the Raiden Shogun as soon as you get access to her. For everything else, our Genshin Impact hub page will sort you out.