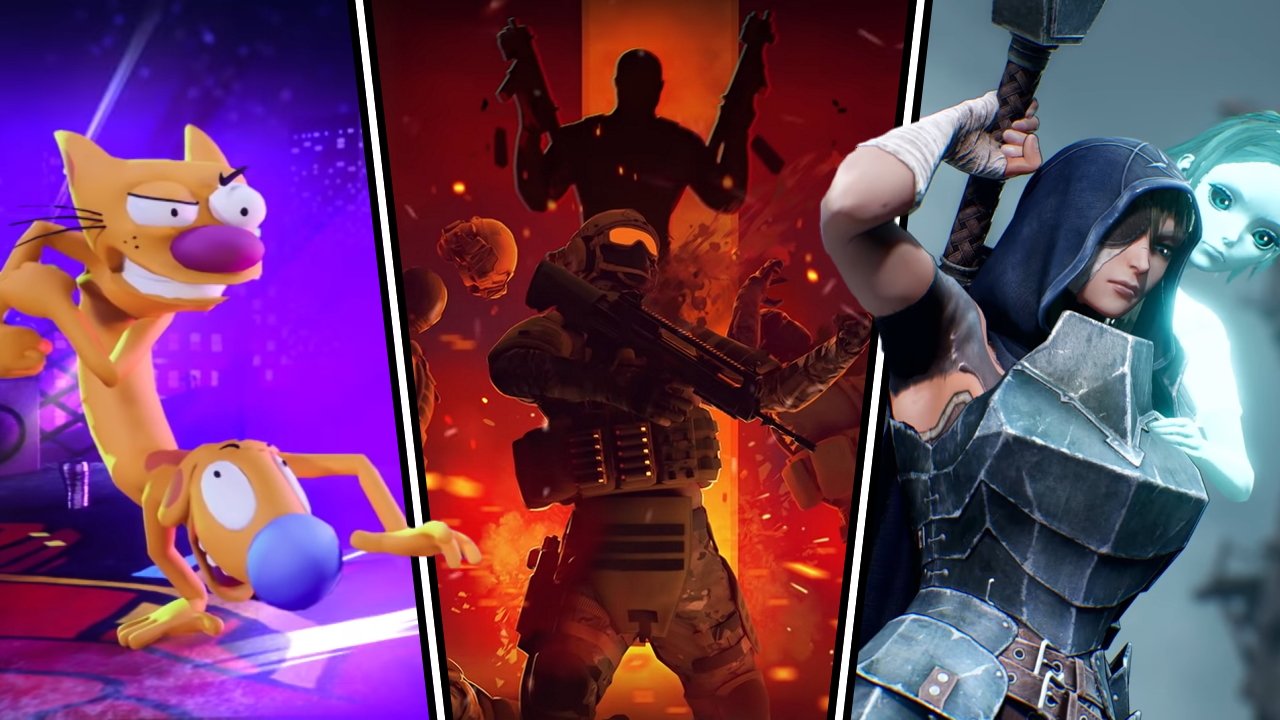 With Gamecom 2021 in full swing, the last grand showcase of reveals was the Future Games Show, hosted by GamesRadar and broadcast last night. With an emphasis on PC gaming, the show included titles like Warhammer 40K: Chaos Gate Daemonhunters and . We’ve rounded up the biggest reveals from the Future Games Show 2021 in case you missed the event as it happened.

Before we dive into reveals, it’s worth noting that the Future Games Show 2021 included a virtual show floor page which includes a whole bunch of demos for games shown off during the broadcast. There’s a dedicated steam page rounding up everything discussed and pointing towards the demos for indie games like Project Downfall, Aeon Drive, and Chicken Police. With that covered, let’s move on to the reveals!

The 1998 PC turn-based strategy title is reborn. This new Chaos Gate title follows a core group of Grey Knights in their battles against the 40K universe’s many unseemly beasts. It’s being developed by Frontier, who you may know best for their work on the Elite video games. Expect tactical squad-based action when the full gameplay reveal arrives in September. The full game is due to release on PC in 2022.

The next Life is Strange title got a fresh trailer during the Future Games Show, this time showing how protagonist Alex Chen’s supernatural Empathy powers will work. In the clip, she helps comfort an older lady from the town who’s concerned about losing her memory. Life is Strange: True Colors is set to release September 10, 2021.

In Sound Mind looks set to spook us in September

Psychological horror fans may feel drawn to this unsettling title from We Create Stuff. It follows a therapist named Desmond who, upon listening to taped recordings of his patients, is transported into unsettling worlds filled with puzzles and less-than-friendly creatures. It’s got a soundtrack by The Living Tombstone and has a demo available to try on Steam now. In Sound Mind is due to release on PS4, Xbox One, and PC on September 28, 2021. It’ll also be making the jump to Switch later in 2021.

Steal horses, outrun the law, and crush your enemies with cattle in this ridiculous looking open-world action title. Directly inspired by old-school, top-down GTA titles, you’re free to cause havoc in this historically inaccurate medieval world while completing unusual quests for the land’s inhabitants. Rustler is in Early Access on Steam right now, and also has a demo available to test. It’s due to be released at the end of August.

Madison gives us a snapshot of scares

Was one psychological horror game not enough for you? We can’t read your answers, but assuming you said yes: here’s Madison. This terrifying horror title from Nosebleed Interactive arms you with little more than a camera in an unpleasant mix of Fatal Frame and PT. Madison is due to release on PC this year, with a console launch planned next year.

After the Opening Night Live’s reveal left us utterly intrigued and equally baffled by DokeV, The Future Games Show included an interview with Pearl Abyss to shed some light on the title. In the video, lead producer Sangyoung Kim and game designer Changkee Nam discuss the inspiration behind the game, as well as what you’ll be doing in addition to capturing the many Dokebi creatures inhabiting the world.

This action RPG features Stefanie Joosten (MGS V’s Quiet) in monster-slaying combat that sees you control two linked characters at once to battle dark beasties. The visual style has already led many to draw comparisons to anime shows Beserk and Claymore. It’s due in 2022 for PS5, Xbox Series X/S, and PC.

Gungrave: Gore is set for a 2022 release

It’s been a long time since the original 2002 Gungrave title, but it seems the appropriately bloody third person shooter series is ready to unload its twin pistol again next year. First announced in 2019, we’ve not seen much from Gore since, but this new CGI trailer claims it’s set to arrive on PS4, PS5, Xbox One, Xbox Series X, and PC in 2022.

With composers from Mega Man, Metal Gear, and Castlevania involved, it’s clear that Nine Years of Shadows knows its target audience. This 2D metroidvania title sees its halberd-wielding protagonist shifting between forms to explore a cursed kingdom and tackle mighty creatures rendered in distinctive pixel art. It’s marked as coming soon and is available to wishlist now on Steam.

The new gameplay trailer for Far: Changing tides looks utterly joyous, showing the game’s protagonist shifting between sections of their sail-draped ship as they drift through the ruins of an old world. This vessel can submerge itself too, swapping to a propeller-powered submarine to travel the water depths for resources and clues to the land’s past. It’s coming in early 2022 to PC, PS4, Xbox One, PS5, Xbox Series X/S, and Nintendo Switch.

Trepang2 is giving us F.E.A.R. vibes

They took everything from you. Make them pay. That’s all the setup you need to start unloading shotgun shells and SMG rounds in Trepang2’s slow motion action. The debut trailer delivered bloody chaos reminiscent of Fear, and we’re desperate to see more. It’s due to be released on PC in 2022.

And finally, we all know this is what you all came for and so did the Future Games Show. The next two characters were unveiled for Nickelodeon’s take on the Super Smash Bros. platform fighter. Joining the roster are the pitiful creature amalgamation of CatDog and Teenage Mutant Ninja Turtles’ reporter, April O’Neil. CatDog appears to be a zoning style character which can launch attacks in both directions, stretch out to strike at a distance, and spit projectiles from afar.

Bringing her microphone to the arena, O’Neil employs various pieces of camera crew equipment alongside a slew of kicks and punches to batter the opposition. Nickelodeon All-Star Brawl is due to release on PS4, PS5, Xbox One, Xbox Series X/S, Nintendo Switch, and PC this fall. You can view the full character roster announced so far, here.

Those were the biggest announcements  from Gamescom’s Future Games Show. What reveals did you enjoy the most? Chat away in the comments below, or check out the full broadcast below for everything else that made an appearance.