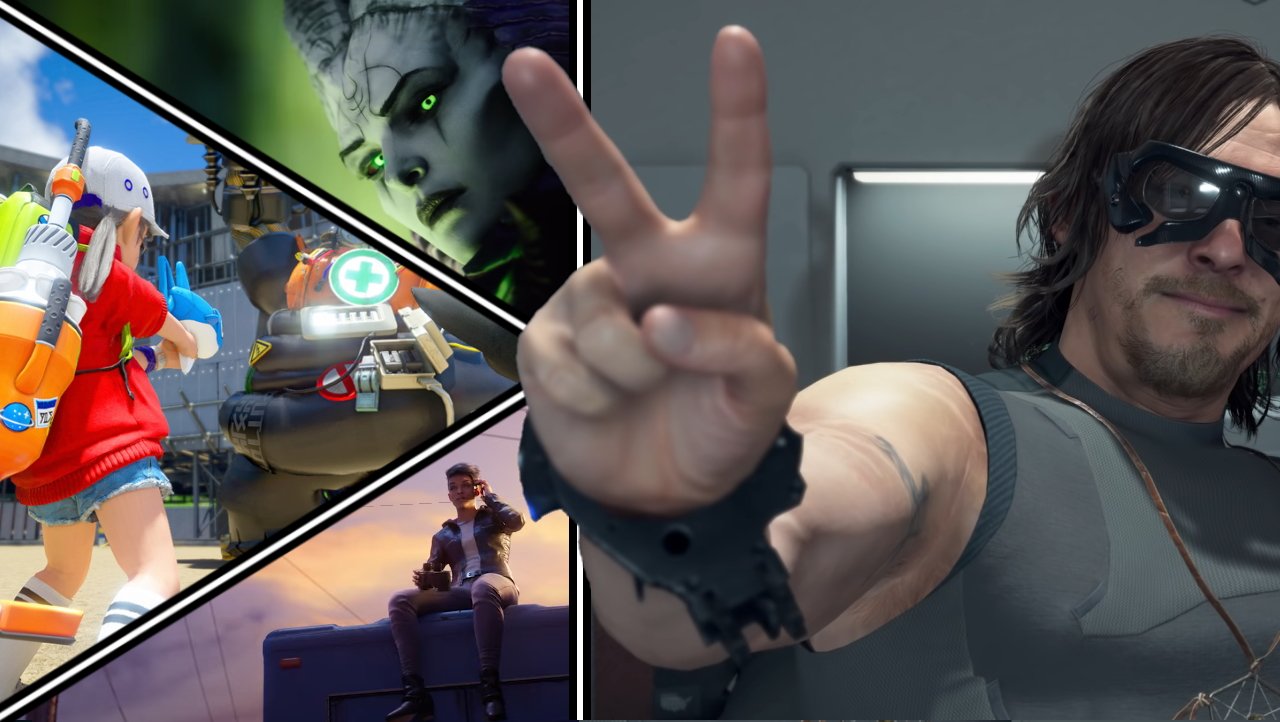 Gamescom Opening Night Live unleashed a deluge of gaming reveals and trailers yesterday, but you don’t need to feel overwhelmed if you missed out! We’ve rounded up the biggest information from last night’s show below. Here’s everything you’ll want to catch up on.

The pre-show, er, show, included details on King of Fighter 15’s release in February next year, along with a new Bus Simulator. The biggest news, however, was an involved look at the third entry in Supermassive Games’ Dark Pictures Anthology. House of Ashes includes tensions between US troops and an Iraqi soldier as they find themselves trapped underground with a particularly nasty beast.

Saints Row is getting a reboot

The main show led with big news as we were treated to the reveal of a rebooted Saints Row series. The look has been drastically changed and things have been scaled back since Saints Row 4, with the new story following a gang of four starting a criminal enterprise.

It might look different, but early screenshots indicate there’ll still be plenty of ridiculous action to involve yourself in. Saints Row is due out surprisingly soon on February 25, 2022. It’ll feature four-player co-op and support cross-gen between PC, PlayStation and Xbox.

Call of Duty: Vanguard’s campaign got a lengthy look

The campaign for Call of Duty: Vanguard got a fairly lengthy look, with gameplay taken from the Stalingrad section which follows Polina Petrova through the wartorn city.

Rumors of an XCOM-style Marvel game have been bouncing around since before E3, and last night it was officially unveiled. Midnight Suns includes a wild mix of characters, from Wolverine and Ghost Rider to Blade and Nico Minoru. Players command the Hunter – a user created character pivotal to the story – in addition to two other heroes in each mission, but also spend time between outings chatting with characters and forming friendships at a base known as the Abbey. The aim is to try and stop the big baddie Lilith, who was recently resurrected by Hydra. Oh, and she’s also your mum.

Halo Infinite’s December 8 release date may have leaked in advance, but Microsoft still had surprises for us. To celebrate the game’s launch, a new Master Chief Elite Series 2 controller and limited edition Xbox Series X are being released. Unsurprisingly, the latter sold out near instantly. The controller will cost $199.99 and releases November 15.

Let’s be honest, we all knew Forbidden West wasn’t going to make its 2021 date, didn’t we? Still, it sounds like we won’t have to hold on much longer before Aloy is off adventuring once again. Until then, Horizon Zero Dawn has been given a 60fps patch on PS5. Genshin Impact players can also find Aloy exploring their world on September 1st.

DokeV is Pokemon and more from the Black Desert Online devs

One of the most surprising trailers from the show was Pearl Abyss’ creature-collecting adventure, DokeV. The trailer shows a bunch of kids exploring a South Korean city via bicycle, longboard, hoverboard, skates, a glider, and even on the back of a llama. There are a lot of ways to get about, basically.

Those kids will also do battle with a range of monsters, laying in with tools like giant, inflatable hammers and weaponized space hoppers. We mentioned Pokemon, and a big part of DokeV will be capturing and training minions called Dokebi to help you in battle. It looks impressive, but we’re still not entirely sure what, exactly, the game will be. It’s pronounced “Doh-Keh-Vee,” though, so at least that part’s clear.

While it didn’t exactly reveal much new, the official story trailer for Far Cry 6 did give us some more of Giancarlo Esposito’s ruthless dictator and his less-so-committed son.

After an enormously successful beta period, Splitage is starting its first (or should that be zeroth?) season. Season 0 introduces a new map and mode, along with challenges and rewards. The new mode is Contamination, which sees one player attempting to melee kill other players to infect the entire match’s worth of players. The new map is called Karman Station.

This being a Geoff Keighley show and all, it only makes sense that we concluded with a look at Death’s Stranding Director’s Cut. The new trailer takes us through the various new features revealed for the updated release, including a buddy robot to carry you, stabilizers to lower you slowly from high falls, a cargo catapult to fire items long distances, a firing range, an arena to replay boss battles, and yes, racing tracks that’ll let you run time trials to compete for the world record.

Oh yes. Here’s a quick summary of all the other Gamescom 2021 announcements:

Phew, okay we can breathe again! That’s everything covered and announced during Gamescom 2021 Opening Night Live. 2022 is looking like a busy year, isn't it? If you haven’t quite had enough and want to watch the entire show through, we’ve also embedded it below.