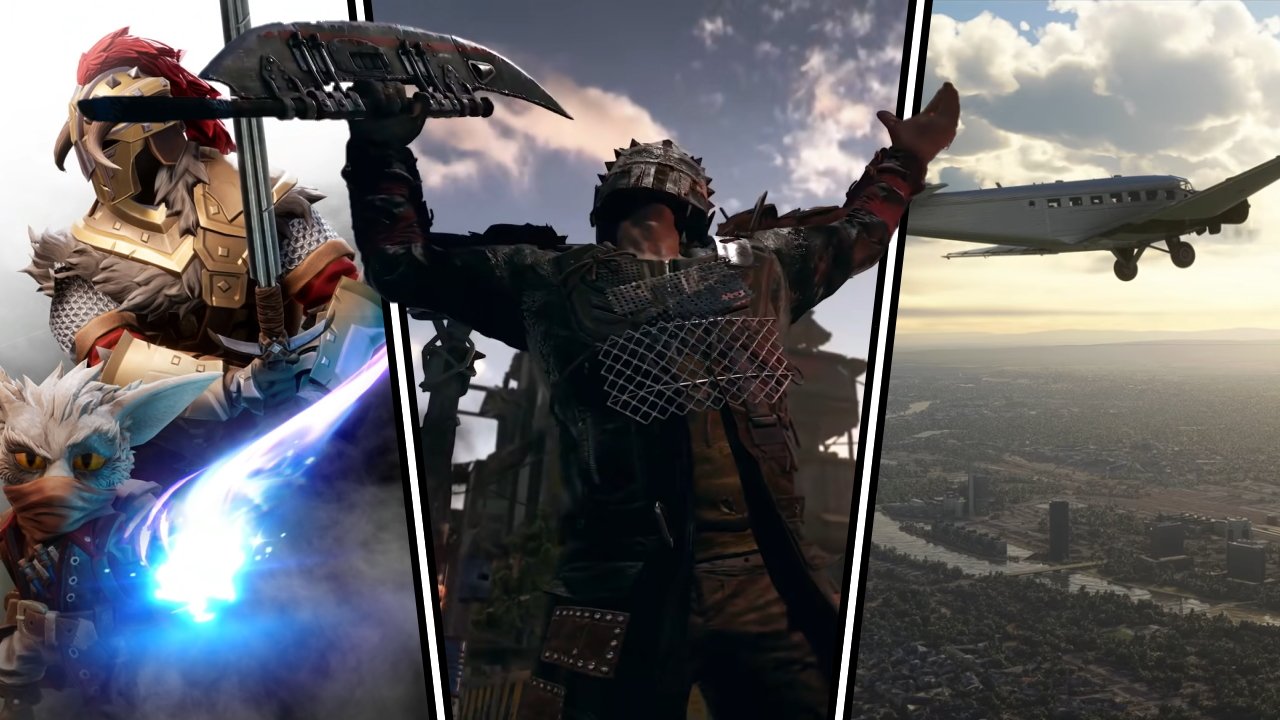 You didn't miss much new. That might have been the general assessment of the Xbox Gamescom showcase, but don't let that put you off from enjoying the show! If you happened to be a fan of the games that were covered, there was plenty of news to get excited about during the hour and a half broadcast. We've rounded up the biggest trailers, reveals, and broadcasts from the Xbox Gamescom 2021 show to catch you up on everything you missed.

Kicking things off we finally got a look at Dying Light 2 in action. After numerous delays, its parkour action is looking pretty good, really! We get to see a few of the factions around the city, and how players can make use of free running skills not just to move around but to vault off enemies and set up powerful combos.

Flight Sim gets competitive and historical

Flight Simulator is a long-term project for Xbox, and there’s plenty to look forward to if last night’s showcase is anything to go by. Along with the Top Gun tie-in arriving later in the year, the aircraft simulator is getting an update to Germany, Austria, and Switzerland, as well as a competitive multiplayer mode that’ll let you race through courses against your friends.

In addition, local hero planes will add history tied to specific areas of the world. The first of these is the Junkers JU-52 from Germany. Not content to finish there, the team also revealed a partnership with Volocopter to add their unusual electric air taxi to the game.

We’re not entirely sure why this segment was here, but we certainly enjoyed it. More games broadcasts need trebuchets in our books.

While we're still waiting to see anything more from State of Decay 3, the previous game is far from done with updates. September 1st will see the original Trumbull Valley map added in full to State of Decay 2's Juggernaut Edition as part of the Homecoming update.

Sea of Thieves revealed its next crossover event, this time pairing the game with Gearbox’s comedic shooter, Borderlands. Take part in the new challenges added today and you can earn the Mayhem ship which is utterly plastered in Borderlands Logos and secrets.

One of the few games revealed during the broadcast, Stray Blade looks like an unusual mix of Kingdoms of Amalur and Dark Souls. The pre-alpha footage was heavy on combat, with plenty of timed strikes and deft blocks/dodges. The plot sees you discover an ancient hidden land only to die right after arrival. Unfortunately, that means you’re now bound to the land, forcing your spirit to fight if it wants to escape. Release is due some time next year.

Crusader Kings 3 is getting an Xbox Series X/S port

Paradox's grand strategy game is being reworked for next-gen consoles, with adjusted inputs and controls to fit long, scheming sessions commanded via controller from your sofa.

The Gunk is looking squelchier than ever

Xbox exclusive The Gunk was finally given another showcase, albeit a brief one. It’s from the makers of SteamWorld and follows a character attempting to cleanse a planet of the ruinous, infectious gunk suffocating the life on its surface.

The Forza Horizon 5 controller is beautiful

If the next-gen consoles aren’t bringing enough color to your TV cabinet, this new Forza 5 Limited Edition wireless controller will add plenty of new hues. An explosion of pink and blue on top of a translucent yellow frame, it’s easily the most distinct Xbox controller yet. The Forza Horizon 5 Xbox controller is available to preorder here.

While we're talking about Forza, here's a lengthy look at the game in action, including the game's two cover stars, the Mercedes-AMG ONE and the 2021 Ford Bronco Badlands. This being Forza Horizon, gameplay involves racing around an active volcano and alongside a dust storm.

What was your favorite segment of the Xbox Gamescom 2021 show? Let us know in the comments below.