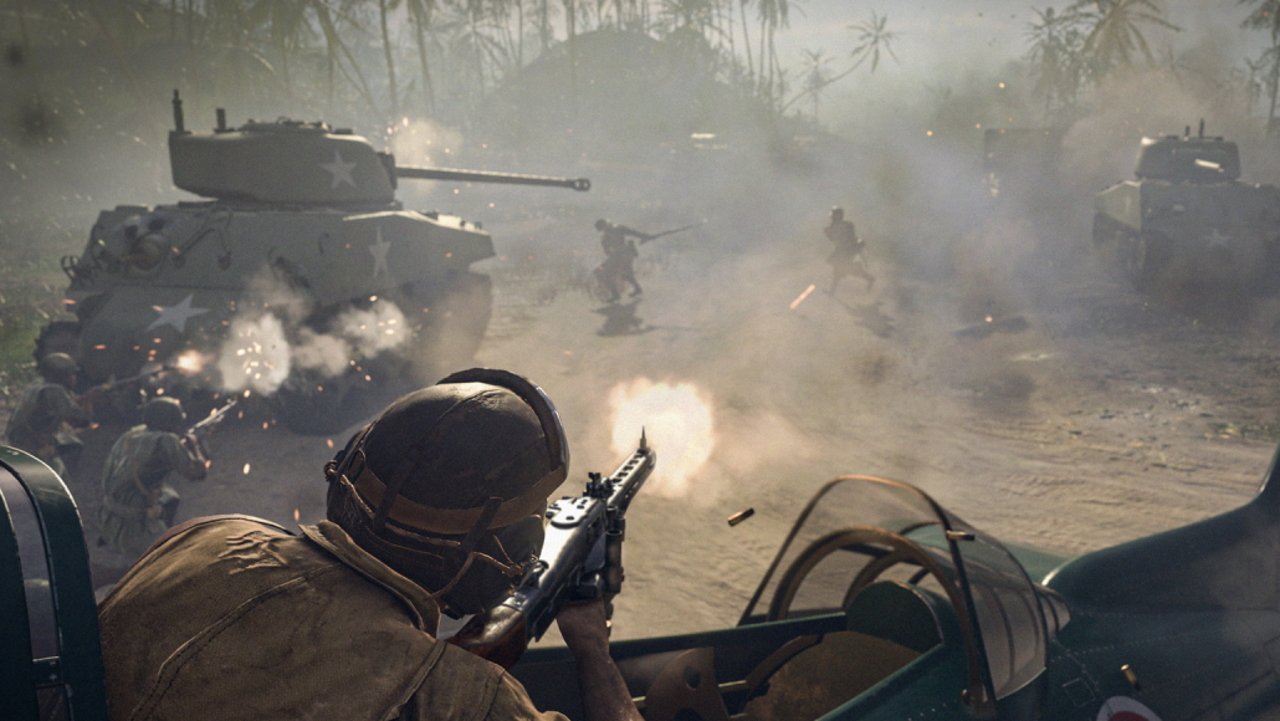 The vanguard may be late in Warzone’s life, but they’re leading the charge for what could be the biggest Call of Duty game yet. With the destruction of Warzone’s rampaging war train, Call of Duty: Vanguard had its official reveal. The impact on the ever-changing battle royale has yet to be seen, but our first look at Vanguard told us plenty about what to expect from the latest entry in the blockbuster series. Here’s everything we know about Call of Duty: Vanguard.

Call of Duty: Vanguard will release November 5, 2021. The standard edition on PC, PS4, and Xbox One will cost you $59.99. The cross-gen Xbox Series X/S and PS5 versions will cost $69.99. Finally, there’s a digital exclusive Ultimate Edition for $99.99 which includes a battle pass bundle with 20 tier skips, three Operator skins (Lucas, Polina, and Wade), three weapon blueprints (Breacher, Snowstorm, and Thunderhead), ten hours of double XP, and the Frontline weapons pack.

Anyone who pre-orders Call of Duty Vanguard will get access to the Night Raid Mastercraft blueprint in Black Ops Cold War and Warzone, and guarantees early access to the open beta. The beta will arrive first on PlayStation systems, with at least five days before it opens on PC and Xbox.

“Rise on every front.” That’s the tagline the latest Call of Duty aims to live by, and if Vanguard’s debut trailer is anything to go by, it isn’t an understatement. Returning us to World War 2 once more, Vanguard’s campaign is spread across the globe, with action in the Eastern and Western Fronts, the Pacific, and North Africa.

Developed by Sledgehammer Games, the story follows four soldiers that paved the way for the modern series’ Operatives by forming Task Force One. Here’s each soldier and where they’ll start their in-game service:

“Whether dogfighting over the Midway Islands,” the game’s official description reads, “defending Stalingrad with a sniper’s precision, airdropping over France, or blasting through advancing forces in North Africa, this is a deeply engaging and raw campaign, with the signature combat you’ve come to expect from Call of Duty.”

In terms of maps, Vanguard isn’t holding back at release. Players can expect 20 maps available on launch, with 16 “built for core gameplay.”

Call of Duty titles are rarely content with their precursor’s systems, and Vanguard is no different. Sledgehammer games promises that Vanguard will include an upgraded Gunsmith and Caliber system, along with an updated variant of Modern Warfare’s Gunfight mode called Champion Hill.

In Champion Hill, you’ll still be facing off in tight showdowns. The difference here is that each match is part of a larger competition. Eight sides will enter each Champion Hill match, competing in head-to-head rounds until the best two teams face one another and only one is left standing. Expect “quick-action, close-quarters, small-squad combat” from Champion Hill, but over a longer duration than in Gunfight.

Fear not Zombies fans, because Vanguard has already had its shambler-slaying addition confirmed. In fact, there’s reason to be extra excited this time around, as Vanguard’s Zombies mode is being led by the original creators, Treyarch studios.

Vanguard Zombies promises to be an “all-new” mode which will overlap with the running Dark Aether story. It’ll be a precursor to the Black Ops Cold War Zombies story, and will come packaged with the game on release. More information is due to be revealed closer to Halloween.

So what’s happening to Warzone?

The standalone battle royale will continue but large changes are on the way. You can put the traumatic memories of Cold War’s long-delayed and disappointing Warzone shift to rest though, as things seem far better planned this time around.

To coincide with the launch of Vanguard, Warzone will be getting an entirely new and massive map. It hasn’t been confirmed whether it’ll be a separate stage of combat or will replace the existing Verdansk, but the message is clear: this is no minor adjustment.

In addition, a new anti-cheat system is being developed on the PC version of Warzone, with development led by Raven Software.

Vanguard isn’t yet out, but post-launch support is already in the works, with “a massive calendar of new maps, modes, playlists, limited time and seasonal events, as well as community celebrations” promised. These updates will deploy across both Vanguard and Warzone, with plenty of overlapping interest for players of the two.

Finally, it’s already been confirmed that Call of Duty: Vanguard will support crossplay between PS4, PS5, XBox One, Xbox Series X/S, and PC (Battle.net). Cross-progression will also be in effect, letting you maintain your profile on each platform.

Excited for the release of Call of Duty: Vanguard? Share your thoughts in the comments below.