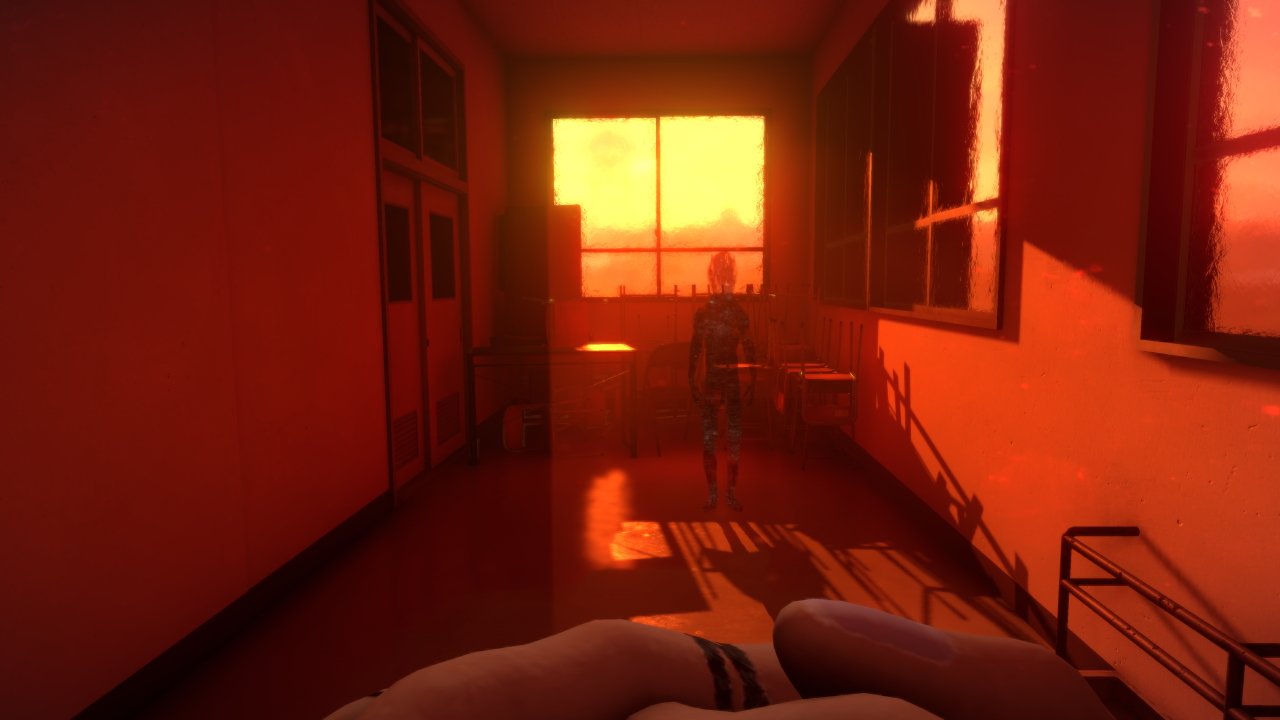 Yuoni is an odd puzzle box of Japanese horror

After recklessly diving into haunt after ruinous haunt in Phasmophobia, we’ve been itching to test ourselves against indie gaming spirits further afield. So when Japanese studio Tricore unveiled the unsettling trailer for Yuoni, we couldn’t resist scampering into its eerie classrooms and hospital hallways in search of fresh frights.

Yuoni sells itself as a terrifying game of hide and seek, with protagonist Ai repeatedly thrown into a harrowing world filled with entities looking to catch, eat, or pummel her. Thankfully, due to the universal law of horror games, person-sized lockers to slam yourself in or beds crawl under abound. What's surprising, however, is how little we've found ourselves needing to use them.

Hide and seek may be the game that malevolent child spirit Tsun insists on forcing you to play, but in Yuoni, you’ll be doing both the hiding and seeking. Each chapter of the game sees you on the hunt for a cursed doll, and to reach it you’ll need to brave corridors, classrooms, and tatami-padded rooms packing a selection of menacing beings.

Some, shimmering in a glimmering star silhouette, are entirely blind, relying on the sound of your steps or heavy breathing to track you down. Hold your breath, or they'll be after you in a fit of ethereal giggles. Others – gangly beasts of too much limb and far too many eyes – are almost deaf, but will hunt you from afar if you stray within their vision.

What’s unusual is that Yuoni doesn’t hide its beasts from you. You’ll almost always see them first – the challenge is navigating around them. They’re unsettling, certainly, but rarely terrifying. Even Tsun, in his brief appearances, declares his presence loudly, questioning where you might be hiding as his scarlet glowing figure stutters between poses with each patrol.

As a result, once you overcome the urge to tiptoe slowly between hiding spots, Yuoni morphs itself into a horror-laced puzzle. As you pass through each sliding door, you’re offered a chance to assess the room ahead – hold your breath as you pass that spirit, then stick to the right to avoid the broken glass. Right, what's next?

The twist that’ll likely make or break your enjoyment with Yuoni comes when you find the doll you’ve been hunting. Awakening an embodiment of Ai and her friends’ internalized fears, you’re now tasked with retreading your entire path through the level. Except now you need to do it at pace with a beast at your back.

What follows is a rapid trial-and-error challenge which sees you balancing sprinting, holding your breath, and hiding when needed as you keep just ahead of the roiling black mass at your heels. Choose the wrong door or step on one too many of Tsun’s traps and failure comes quickly.

Trying to play Yuoni as a traditional horror title, these rapid resets can prove frustrating. But with a change of perspective, this closing section turns into a race – an obstacle course of monsters and memory to be overcome with the right timing of tools at your disposal. A Super Meat Boy level in indie horror dressing, if you will.

It's far from perfect, with a minimal story delivered almost entirely through text and artwork. We encountered a fair share of bugs forcing restarts, too, and performance proved sluggish at times even on the PS5 version. So far, each mission follows the same structure, with the same challenges to overcome. But if you're looking for a brief, unconventional, and visually intriguing horror game, Yuoni's eerie hallways may be worth taking the time to visit. Yuoni is available now on PC, PS4, and PS5.