Mamoswine and Sylveon will join the game's roster in future updates. 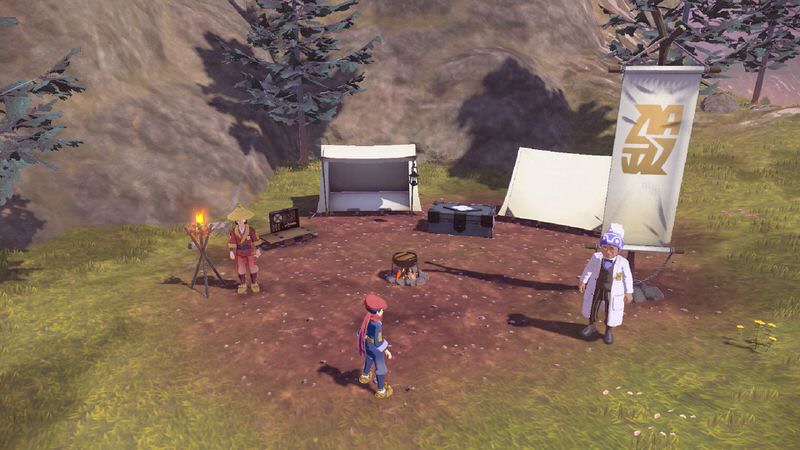 The special Dialga and Palkia edition Switch Lite will go on sale from November 5.

Pokémon Legends Arceus will launch on Nintendo Switch on January 28, 2022 according to a new trailer with details on mounts, battles, and crafting pokéballs.

The first fully open-world Pokémon game, Arceus will take us back to the ancient past of the Sinnoh region, before mankind and Pokékind lived together in harmony. As a result, you'll be part of a research group that's heading out into the wild to conduct studies on the Pokémon you find out there.

With a structure reminiscent of Monster Hunter, players can accept commissions from the central town bases of the Hisui region (what Sinnoh was called long ago) and go out to observe, catch or fight specific Pokémon.

You'll do this as part of the Galactic Research Team (a precursor to the villainous Galaxy Gang in Diamond and Pearl's future version of Sinnoh) to help fill up your Pokédex.

To help you get around the world, you'll be able to use Pokémon as mounts, including new arrivals from the Hisui region, Wyrdeer (for riding around), Basculegion (for swimming up streams and lakes) and Hisuian Braviery (for flying and gliding over the land). There's also a Hisuian Growlithe who just looks adorable, but is probably too small to ride around.

In your studies you'll need to fight or catch Pokémon by throwing pokéballs at them, which you need to craft using resources gathered around the world.

Battles featured a turn queue, and you can manipulate your position in the queue by using Agile or Strong-style moves. Agile moves can let you squeeze in two attacks back to back, whereas if you see an opening to finish a battle you can use a Strong-style move to powerblast your opponent into submission.

Throwing pokéballs at wild Pokémon can catch them without a battle, but otherwise you can chuck your own Pokémon in their pokéballs nearby to start up a scrap.

You'll be able to pull your Pokémon out of the Hisui region using the Pokémon Home app sometime in 2022 when support is added for Pokémon Legends Arceus and Brilliant Diamond/Shining Pearl.

Pokémon Legends Arceus will release on Nintendo Switch on January 28, 2022, with pre-orders available now for $60.