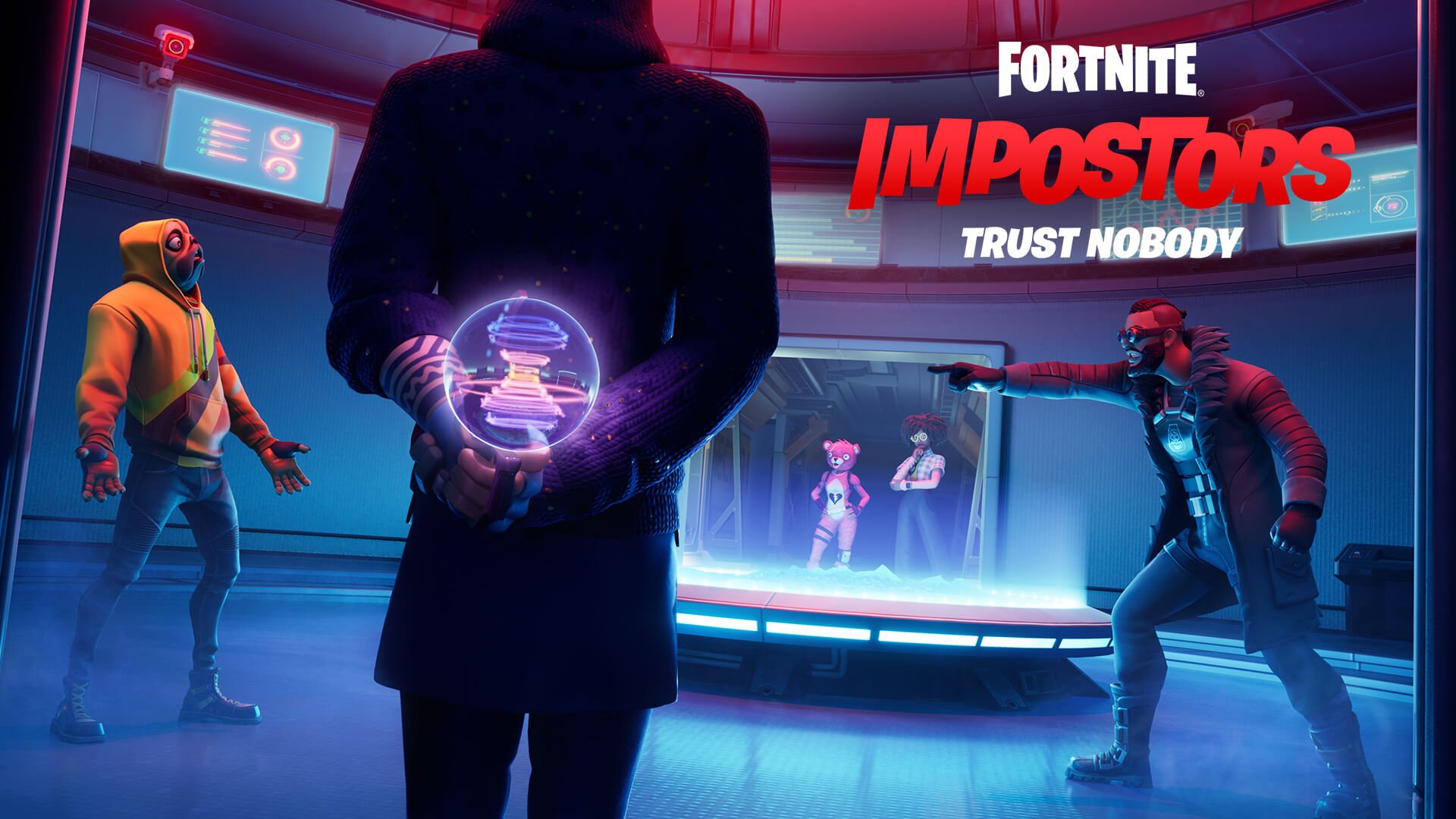 Epic Games announced a new Limited Time Mode (LTM) for Fortnite yesterday called Impostors, in which a group of 10 players have to decide (among themselves) which one of the players (amongst them) is killing (among) the others (us). Yes, it's just Among Us.

The new LTM is not in any way a collaboration with Among Us devs Innersloth (as they have made clear in replies to fans hoping it was) despite Epic's history of big-name collabs and the mode's clear inspiration.

Among Us' gameplay of a randomly selected enemy among a group of survivors (who must try to discover the impostor before they are all picked off) isn't new. Folk games, played in real-life settings, such as Mafia and Werewolf have been around in a codified format with agreed rules since the mid '80s, with Mafia itself invented by Russian psychology professor Dimitry Davidoff.

You can split hairs all you want about the ethics and legality of making your own version of an extremely popular multiplayer game based on an existing folk game, but this situation goes a bit further than that.

Some people seem like can't see the similarity, so here it is. It's not "obvious", the room might have different points but you can't look at this and think it's totally different. pic.twitter.com/3IWbpmUf60

Among Us took the idea of folk games like Mafia and Werewolf and did the work of converting them into gaming currency. While CS:GO mod Trouble in Terrorist Town had previously used the social deduction framework, Innersloth added some much needed extra touches to round out the experience online. The tasks to complete, the surveillance mechanics, the vents, the emergency meeting and chat protocols. All of which have miraculously found their way into Impostors.

And as many have pointed out already, the similarities don't just stop at the game's mechanics, or its chosen terminology. The Bridge in Fortnite is also an almost 1:1 replica of the first Among Us map, featuring the same names for many of the rooms, and a loop-based design with rooms spaced around the same distance and orientation from its corridors.

Again, you could ruminate about the inevitability of game design evolutions approaching a similar end goal (the crab theory of game design) if it serves the same purpose. But this isn't Epic's first rodeo with suspiciously similar game design elements.

Fortnite's massively popular Battle Royale mode (arguably the game that popularized the format to a wider audience) is itself simply a secondary mode that was tacked into the original Save The World tower defense game – but only once other multiplayer games like PUBG had proven there was an appetite for it.

That mode itself has undergone strategic game design changes, again only after others in the battle royale arena showed them to be popular with fans, such as Apex Legends' respawn beacons (also adopted by Call of Duty's Warzone mode).

Epic appears to have internalized the battle royale competitive mindset, which is understandable given the size of the genre and the scarcity of time players have. From the dozens out there, only one can win your attention. May the best crab escape the bucket.

It's just a shame that this outlook has spiraled outside of its main mode and led to an indie developer like Innersloth seeing their remarkable success filched away from them, like so many creators have watched their dances make their way from TikTok to Fortnite's store, without credit.

Especially when Epic are out there cutting deals with the biggest names in Hollywood and the music industry, in what we can only assume are multi-million dollar contracts for cross-promotion. But then, they're not explicitly competing with Ariana Grande are they? She's not dropping into Retail Row with her own battle royale game. (Yet? We'll see.)

Anyway, you can check out Fortnite's Impostor LTM now, it released in the game last night. And trust nobody.