In a two-hour broadcast. 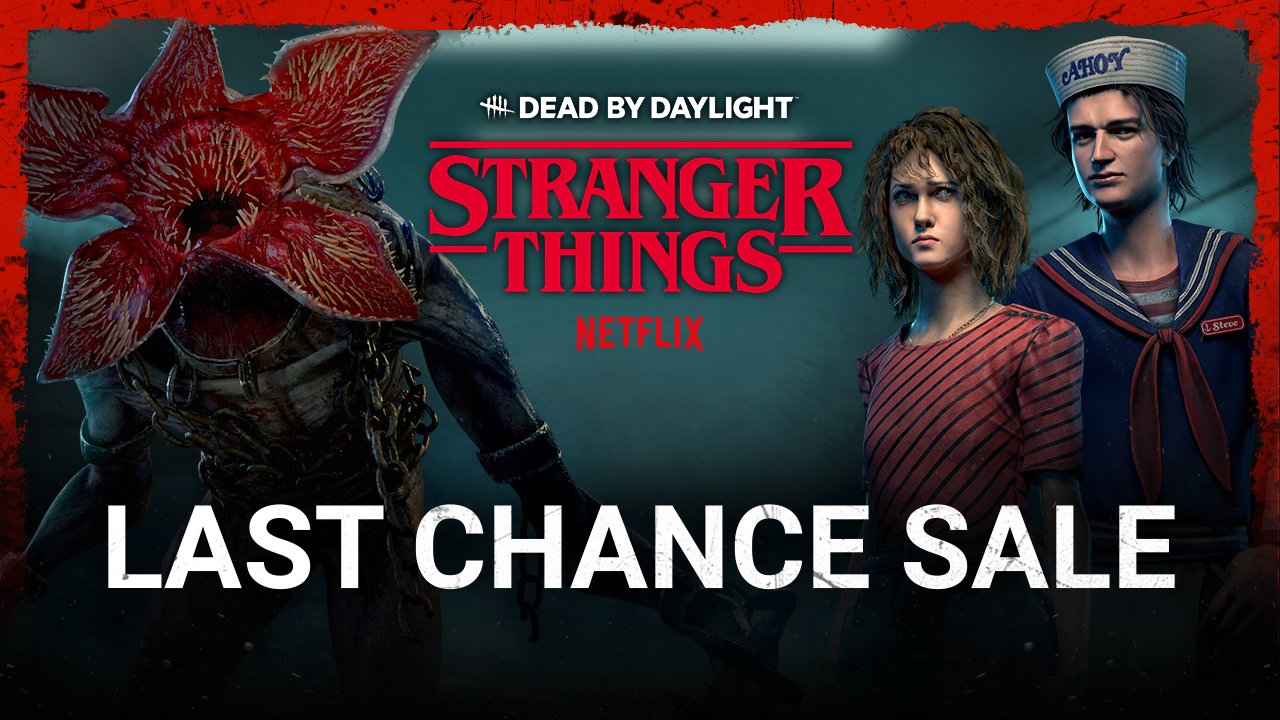 Check up on the Gamescom 2021 schedule and list of attending companies.

Update (08/19/21): The Hellraiser crossover for Dead By Daylight has arrived, oipening the box and summoning the Cenobites. That means the new Killer, Pinhead, is now available in-game. Here's the official promo image for hellraiser in Dead By Daylight:

Dead By Daylight is preparing to go through a crossover transition in the coming months as its Stranger Things DLC bundle leaves the store for good, with a new Hellraiser chapter arriving instead.

As shared on the Dead By Daylight website, the Stranger Things DLC pack contents – including Survivors Nancy Wheeler and Steve Harrington, as well as Killer The Demogorgon – will be removed from the game’s store page (and all associated stores) on November 17, 2021. In addition, the Stranger Things inspired Underground Complex map will also be removed from the playable rotation.

While no details were given as to why the content was being removed from the store, the good news is that it won’t affect anyone who’s already bought it. Players who have purchased the DLC in advance of the removal date will continue to have access to the characters, but shouldn’t expect any new outfits or designs to arrive down the line.

DBD fans won’t need to wait too long, however, until another official crossover arrives. The Dead By Daylight Twitter account recently teased what appears to be a Hellraiser crossover, showing a static-heavy screen with flickering images of a flower blossoming – a red rose to match the Cenobites’ summoning in the movies – and the date 1987, when the original movie was released.

In addition, audio files released on Discord and letters shared on Twitter have eventually spelled out the words Hell and Raise. It’s looking pretty clear cut at this point, and the Hellraiser movies’ love of hooks makes it a fitting pairing for Dead By Daylight.

Update: The Hellraiser chapter has now been officially confirmed for Dead By Daylight

We have such sights to show you! #Hellraiser... coming soon.
PTB info here https://t.co/fyZpIESRa7 pic.twitter.com/dzrfqb2DFV

It’s likely that Dead By Daylight fans can look forward to Pinhead or another Cenobite inflicting unimaginable pain on our poor Survivor groups as they aim to fix generators around each level. So while the connection to the Upside Down may be severed for Dead By Daylight soon, a new universe of unpleasant torture is opening up before long. What a relief, eh?