The BBC offers a look at its Unreal-powered Olympic studio

Given the green light. 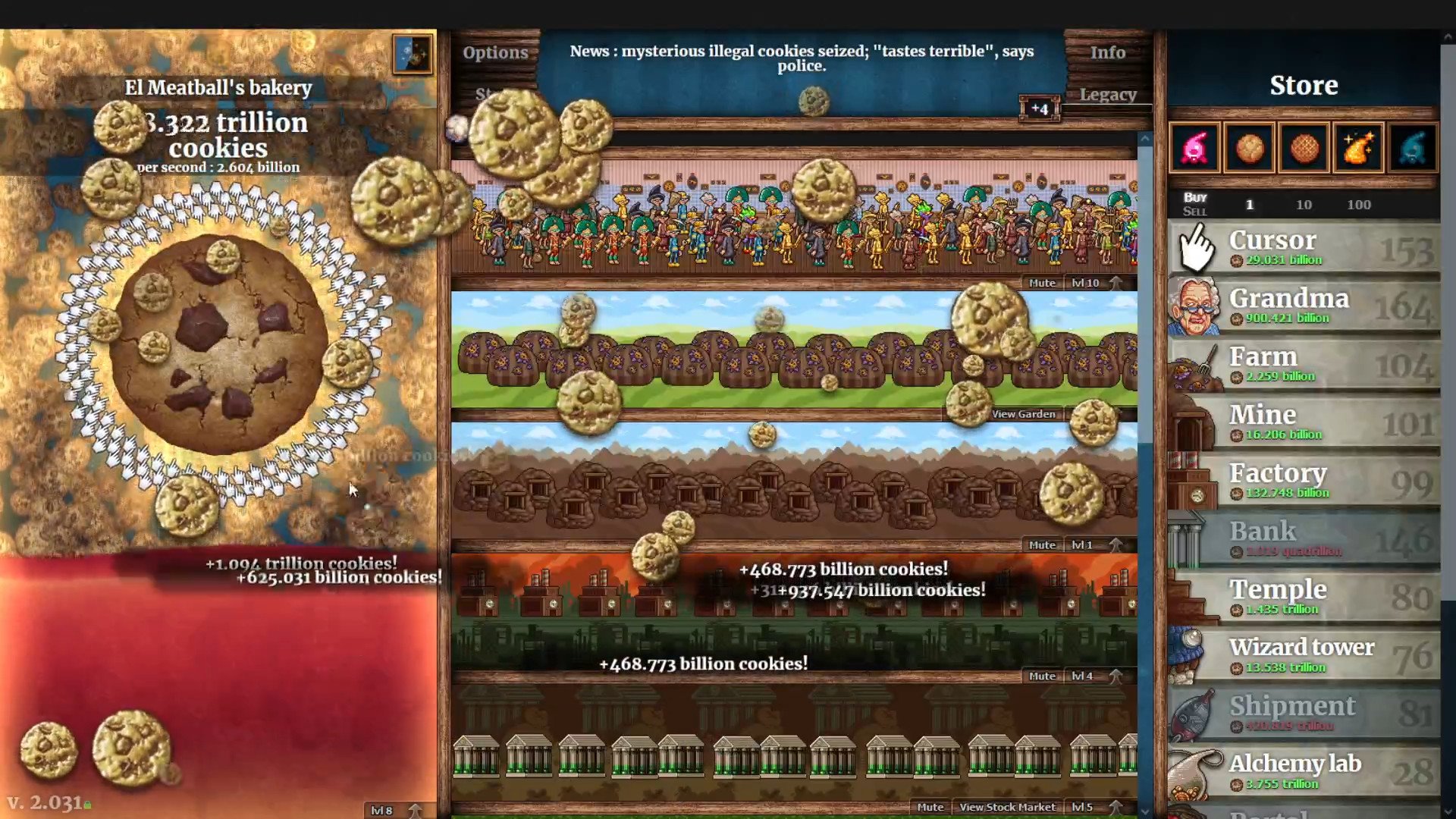 While Resident Evil 7 is closing in on 10m.

After destroying countless hours of both productivity and downtime over the last decade, immensely popular incremental game Cookie Clicker is getting an official Steam release this year.

Cookie Clicker was first released in 2013, and its browser version proved immediately popular. Thousands of players ditched work and life obligations to sit and click cookies, watching their delicious empire expand. Since then, the game has received hundreds of updates, adding extra content to keep long time players eager and clicking. It also features music from C418, the composer behind Minecraft’s beautiful score.

Cookie Clicker is far from the first incremental clicking game, but it was the first to reach widespread fame online. Valve even added its own clicker game to Steam during one of its Summer Sales. Monster Hero saw players clicking (and eventually automating their clicking) to collectively kill gigantic creatures for rewards. The game never explicitly stated that the monsters weren’t edible, but we’re assuming they wouldn’t have been as tasty as cookies, regardless.

According to developer Orteil on Twitter, Cookie Clicker’s Steam release will cost $4.99, and will release on September 1. The game’s page is already up, available to wishlist ahead of the release date. Just be aware that picking the game up on Steam may see it rise rapidly to the top of your most-played games, never to be usurped.

To reassure anyone still enjoying Cookie Clicker on browser, Orteil released an FAQ on their blog covering some important questions such as whether you’ll be able to import saves from the browser release to your Steam purchase.

“While this is not *officially* supported (out of principle we’re not too into giving players the ability to unlock a ton of Steam achievs in one go), it shouldn’t be too hard to swap files around if you reeeally want to continue your browser save in Steam,” the blog post explains. “We’re not liable for anything wacky happening as a result of that kind of modification”

The good news is that both versions of the game will continue to be updated following the launch of the Steam version, meaning there’s no necessity to make the jump if your entire land of cookies and clickers is staying on the browser.