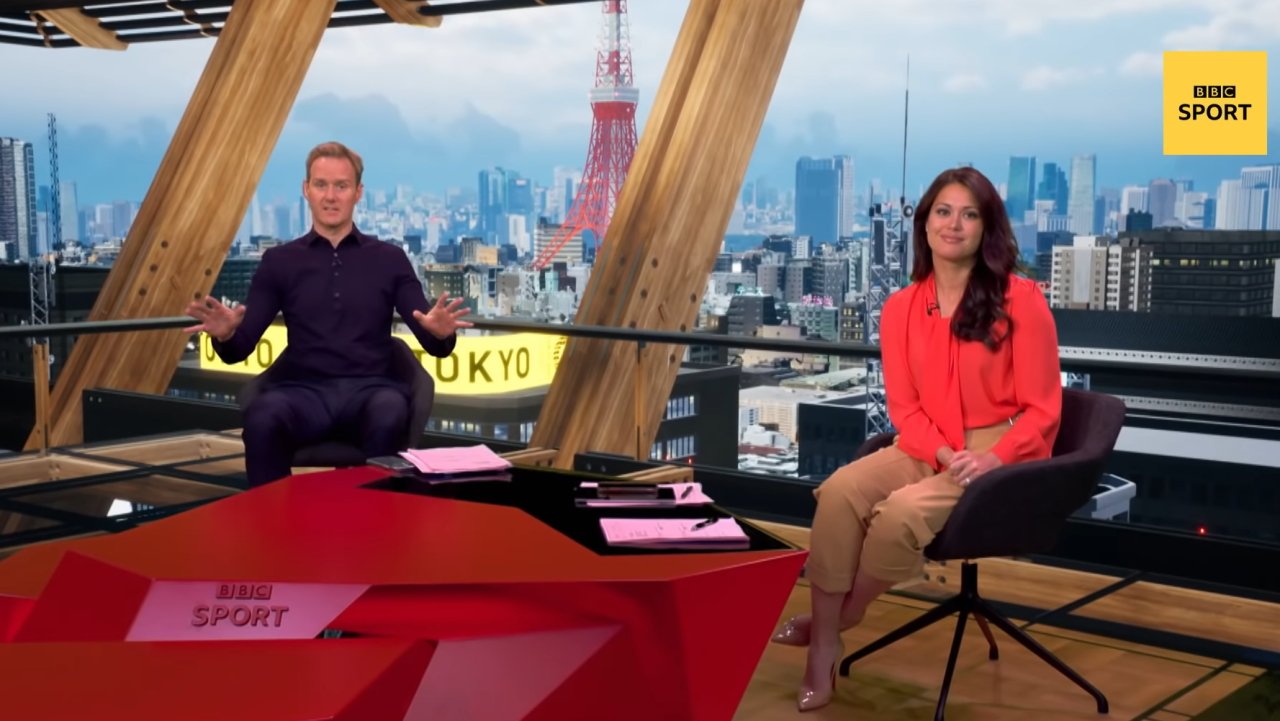 The BBC offers a look at its Unreal-powered Olympic studio

Eating away at our productivity again.

In the closing stages of the Tokyo Olympic Games, the BBC released a short video showcasing how their impressive virtual studio was brought to life. With the presenters unable to attend the games in person due to pandemic travel restrictions, the UK broadcaster put other measures in place to deliver their coverage from within an environment almost entirely rendered in the Unreal engine.

As the footage below shows, everything barring the seats, table, and a small section of wooden flooring was crafted digitally. While those watching at home or online got to enjoy gorgeous views of the city from a wooden platform with dangling lanterns and swimming fish, the presenters were instead surrounded by a mass of green walls just waiting to be keyed out.

Cameras filming the crew in MediaCity, Salford, were equipped with infrared cameras which used trackers on the ceiling to accurately adjust the visuals of the room. Doing so enabled to broadcast to adjust the background lighting to match the time of day in Tokyo, or shift to entirely different sections of the virtual studio depending on the type of coverage.

Fortnite gets a direct mention in the clip, though Unreal engine powers far, far more of the gaming worlds we know. It’s no stranger to use in virtual set design either, serving as a commonplace tool in TV and movie production to test environments or create studios. That said, it’s still impressive to get a look behind the scenes and discover just how much of the setting was crafted through the game engine. We also get a look at how the presenters know where to look when interviewing athletes and fans on a digital display.

Unsurprisingly, the virtual environment did place some restrictions on presenters, limiting the range of areas they could move between while presenting and putting a stopper on any clothing choices with too much green or white. Fortunately, we are reassured in the video that the virtual fish in the garden section of the digital studio were well fed and taken care of.