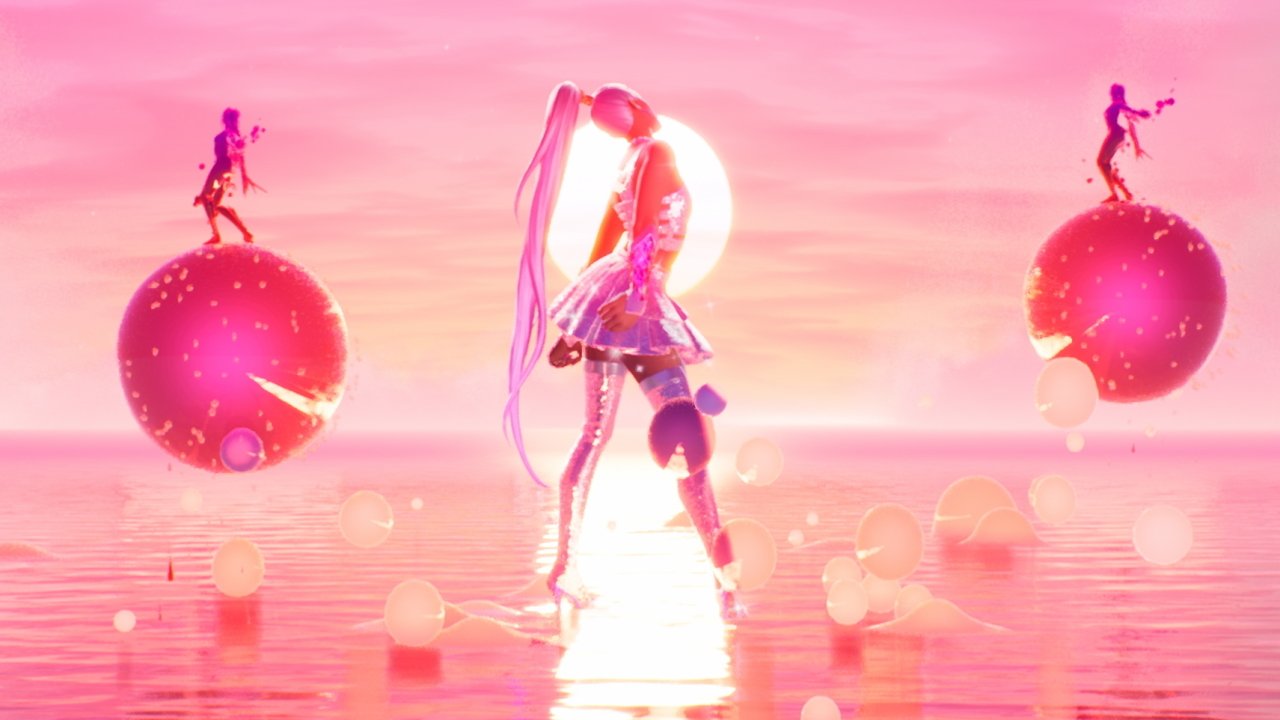 There’s a lot of focus on making a grand entrance, but this weekend’s Rift Tour left us stunned by an impressive Grande exit. Mid-way through Fortnite Chapter 2 Season 7, this was a no climactic send-off. Instead, we were treated to a music concert that flowed beautifully between several of the American singer’s greatest hits. If you missed it or are looking to relive the show, we’ve embedded the full Fortnite Ariana Grande Rift Tour below.

Any good concert deserved a warm up act, and this Rift Tour didn’t disappoint. Players began soaring their way down bobsled tracks of slime to Juice WRLD before doing battle with the Storm King from the back of a biplane. All that excitement, however, was only a build up to the main act.

As players picked one another up from the floor in solidarity, raindrops was the first song to open the show, with a gleaming drop falling through a starry sky to summon Grande. From there, players were treated to a visual spectacle, with a sunset accompanying 7 Rings before bubbles enveloped spectators and the music transitioned into Be Alright.

Unlike previous Fortnite concerts, this was a decidedly relaxing affair, serenely drifting players through a calming pastel-colored world before offering a rainbow unicorn ride through an oil painted skyscape to R.E.M.

As the show built to a climax, a gigantic Ariana wielded a glistening hammer and made her way up a towering staircase of marbled stone. Players had to dash through the environment popping through portals to keep pace as The Way played in the background.

After ascending to the peak, Fortnite Grande launched her mallet upwards to literally smash the glass ceiling and transport players to a final arena lit by stars and the northern lights. The final song, positions, was accompanied by angelic miniature Grande soaring around the central singer, as players bounced and twirled their way across an increasingly shattered surface. As Fortnite Grande grasped the hammer once more, she lofted it overhead before swinging it down to shatter the glass once and for all.

It was short, but the Fortnite Ariana Grande Rift Tour delivered a blissful experience – one calming enough to refresh us all for the remainder of Season 7’s battle royale showdowns. We're already eager to see what kind of musical collaboration Epic Games will rustle up next.