Learn what cards and decks do in Back 4 Blood, along with how to get more cards as you play. 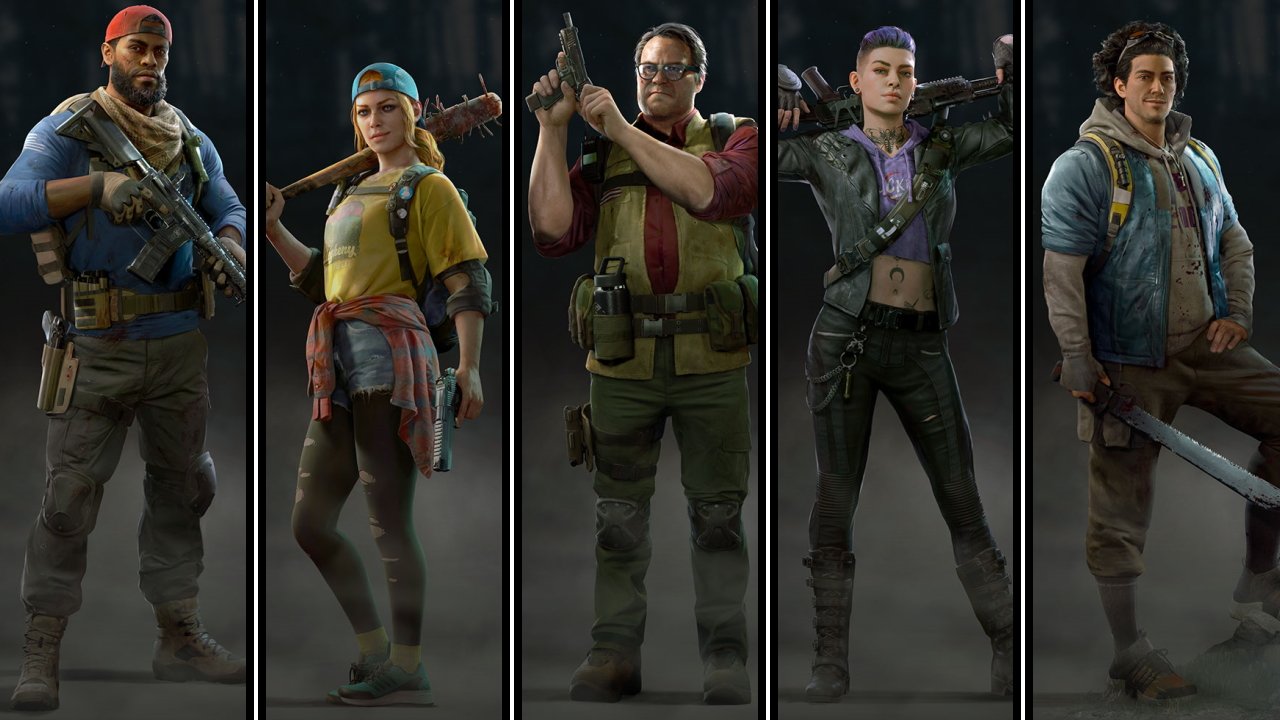 Water way to spoil the fun.

Back 4 Blood’s cast of Cleaners might not be the Left 4 Dead heroes we’re used to, but they’ve certainly got personality. If you were wondering who provided the dulcet tones behind your favorite Ridden slayer, we have the answer. Below is a list of the Back 4 Blood voice actors and cast for all lead characters.

The Back 4 Blood voice actors and cast include several throatboxes that’ll be recognizable to gamers who’ve played their fair share of narrative titles. Here are the voices behind the lead cast of Cleaners you can play as:

The quick-footed (and mouthed) Evangelo is voiced by Alan Ayala. Ayala has appeared as an actor in several different TV shows, and is also an associate producer at IGN!

Anyone who enjoyed Marvel’s Spider-Man on the PS4 will instantly recognise the tone of Hoffman, who’s voiced by William Salyers. Along with providing Doctor Otto Octavius’s voice in Spider-Man, he’s also voiced characters in Ratchet & Clank: Rift Apart, Call of Duty: Black Ops Cold War, the FF7 Remake, and much more.

Bringing experience to the Cleaner’s zombie-slaying crew, Mom is voiced by Barbara Crampton. Outside of video game voice work, Crampton has starred in a wide range of movies, from 1985’s Re-Animator to 2011’s Your Next. Put simply, she’s got quite the portfolio when it comes to horror.

The steady hand and voice of Back 4 Blood’s Walker are delivered by William C. Stephens. Stephens has starred in a number of films, but most recently he played Archoja in the animated series, Yasuke. He’s no stranger to video games either, having voiced Urkai in Horizon Zero Dawn and Rude in the FF7 Remake.

Keeping the team alive with bullets and medical supplies, Doc is voiced by Michelle Wong. Wong is an experienced voice actress in and outside of the video game space, having starred in Dreamworks’ Abominable and games such as Ghost of Tsushima and Call of Duty: WW2.

The keen eyes of trap-spotter Karlee are complemented by the voice of Abby Trott in Back 4 Blood. Trott is another highly experienced voice actress, having starred as Nezuko in the Demon Slayer anime, and provided several voices to the Netflix Carmen Sandiego.

Watching through a scope from afar, Back 4 Blood's Jim is voiced by André Sogliuzzo. Startting in games like Star Wars: Squadrons and Sekiro: Shadows Die Twice, Sogliuzzo is a prolific voice acting talent. He also provided the voice of Sideswipe in Transformers: Revenge of the Fallen, and has popped up in a number of American Dad episodes.

That’s the full Back 4 Blood voice actors and cast list. Which characters are your favorites? Share your choice in the comments below. And head to our hub page for the game to find more handy tips and tricks.