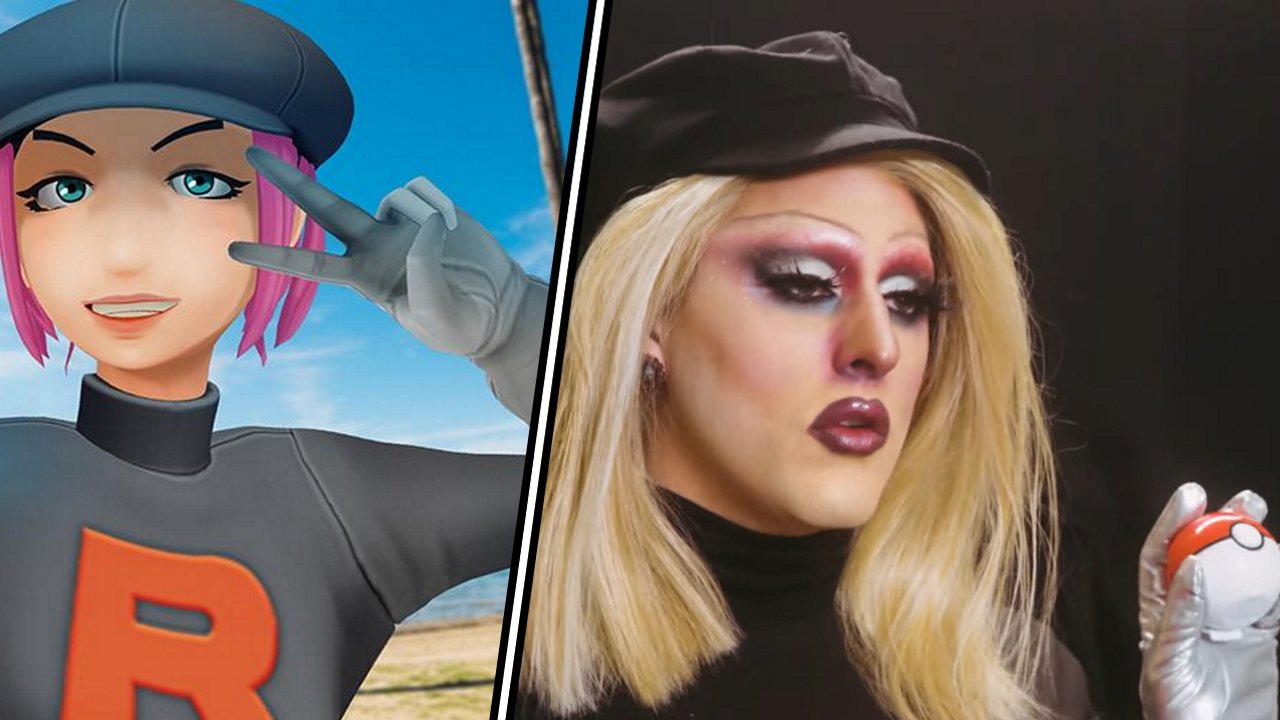 The grunts of the Pokémon world are used to scurrying around at the whim of their masters before inevitably losing in battle to an upstart child. But that doesn’t mean they can’t be fashion icons while doing it! In this Game Glow episode, we’re showing some love to the Team Rocket lackeys thanks to Biqtch Puddin’s makeup tutorial.

Styling yourself after a lowlife villain might not be your first pick for a cosplay glow up. But in this Game Glow edition, Biqtch Puddin explains why “the filth of the world” made an appealing choice, and how every character – no matter how low on the villanous totem pole – deserves attention.

Biqtch Puddin’s Team Rocket Grunt drag tutorial takes us through a full transformation, offering tips for how to apply concealer and eyeshadow. And let’s not forget the all-important indignant eyebrows of a rocket goon who’s just spotted Ash and Pikachu sneaking into their compound.

Once the main details are down, it’s time to apply contouring, blush, and highlights to bring anime-grade definition to inspire awe in the victims of your Poké-crimes. Pop on some lashes, a wig and a uniform, and you’ll be rising through the ranks of Team Rocket from Grunt to Giovanni in no time at all.

If you’re looking to recreate the look Biqtch Puddin creates in this Game Glow episode, you’ll want to check out the Winky Lux website, as they provided all the cosmetics showcased. You’ll find a full list of what Biqtch Puddin used in the video description on YouTube. Be sure to follow Biqtch Puddin on Twitter for more of her drag tips and tricks.

Game Glow aims to help you express yourself while recreate the visual styles of some of the most unique and iconic video game characters. If you’re after more villainous designs, check out Stella Chuu’s recent tutorial inspired by Resident Evil Village’s Lady Dimitrescu!

What do you think of Biqtch Puddin’s Team Rocket Drag makeup look? Let us know any other characters you’d like to see featured in Game Glow in the comments below or on the video. We’ll help you snatch their style ahead of the next big cosplay convention.