Guile is joining Fortnite and everyone is unnerved 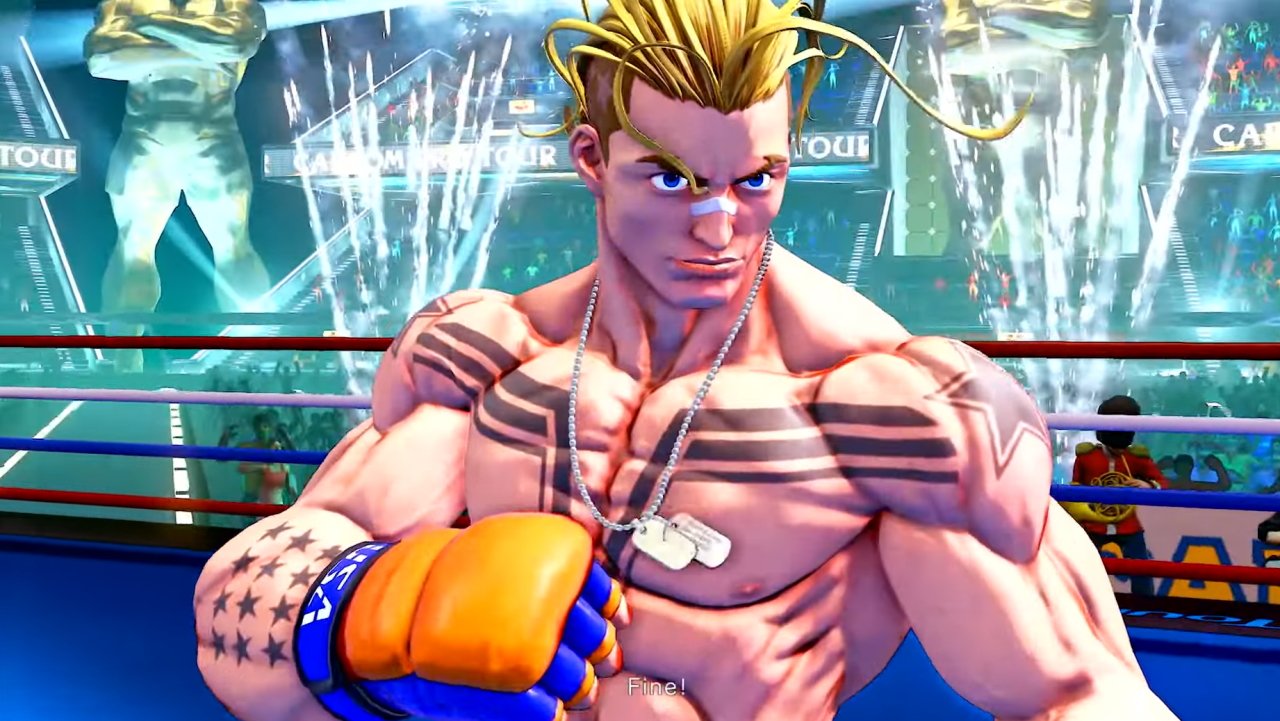 Street Fighter 5’s final character is due out in November this year, and we now know that they’re a kickboxer named Luke.

Perhaps more interesting than the addition, though, is Capcom’s teasing description of the character. Luke has been introduced as “a brand new character that will help expand the world of Street Fighter.” Chances are, that means we can expect Luke to play a much larger role in Street Fighter 6, whenever that eventually unearths itself from Capcom’s development studio.

Reception to the character hasn’t exactly been warm, with many pointing out that he’s yet another blond-haired, blue-eyed dude in a game already sporting plenty of them. Hopefully he’ll mark a better welcome in the next iteration of the series. Here’s a quick look at Luke’s toolset in Street Fighter 5, courtesy of the reveal trailer:

Luke joins the game after the addition of two other fighters in August. Akira Kazama, known as the Kung-fu Rider, is a new character, and the younger sister of a legendary gang leader called Daigo. She fights using a chinese martial arts style that sees her unleash energy blasts and close the distance rapidly.

Street Fighter 3’s Oro is also joining the game, bringing back plenty of his old moveset, along with some new twists to the formula. Expect his bouncing Onibi orb to prove quite a pain to deal with.

To celebrate the new details, Street Fighter 4’s championship edition will be getting a free trial on PS4, running from August 4-18. It’ll include all the content from Season 1-4.

That’s not the only Street Fighter news either, as iconic characters Cammy and Guile are on their way to Fortnite, though the latter is looking a little worse for wear.

Street Fighter 5 is available on PS4 and PC. The PS4 Store and Steam store are both running sales for various editions of the game, along with the Premium Pass and upgrade kits.