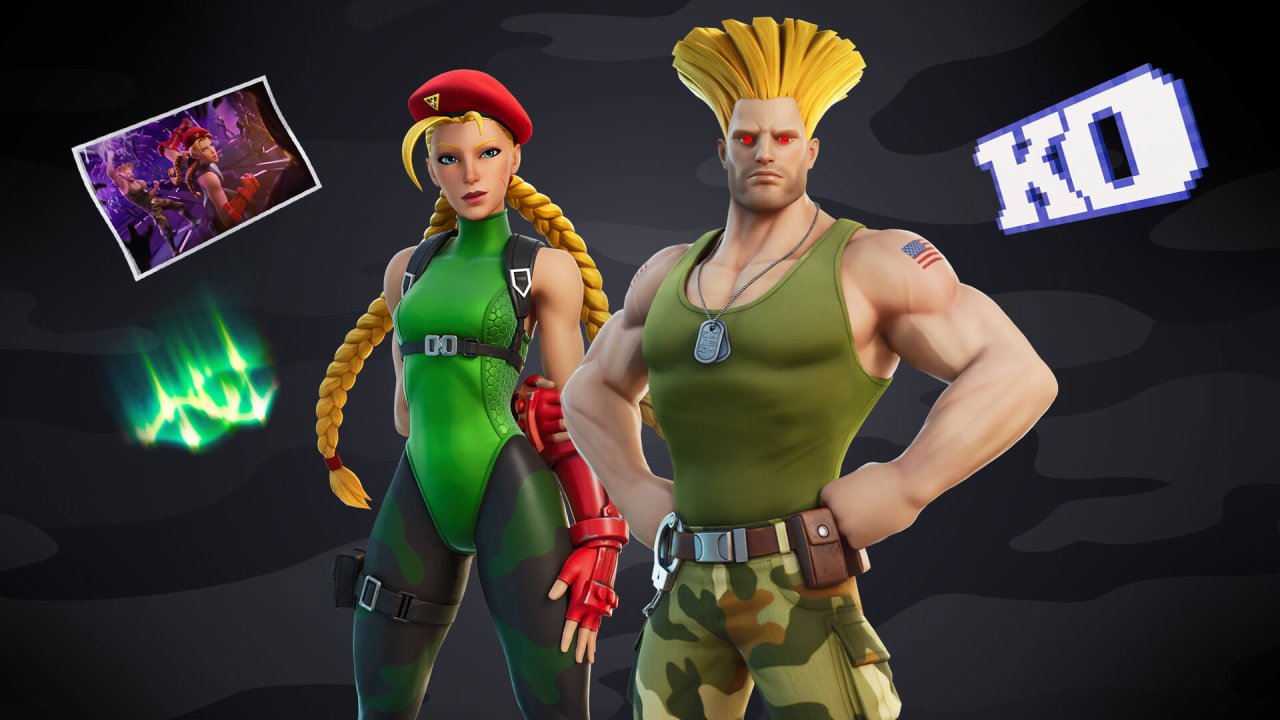 Guile is joining Fortnite and everyone is unnerved

Fortnite has unveiled its next Street Fighter crossover, and it's arriving with a rather sus boom instead of a sonic one. After Ryu and Chun Li previously turned up on the island to do battle, it appears that famous fighters Cammy White and Guile were following in their tracks. Presumably they were hoping to discover yet another martial arts tournament to throw down in, but a Victory Royale or two will certainly do instead. Only, something is a little off about one of these new additions.

Cammy? Cammy’s looking great – determined, fierce, and ready to throw down as ever. Can’t wait to play as her. Guile, on the other hand? Something appears to have happened to Guile during his Fortnite makeover – something that sucked the soul right out of his eyes. Here’s a look at him in Street Fighter 5, compared with the new Fortnite Model. Try not to shudder as his gaze pierces you to the core.

With an oddly stubbled face, this poor facsimile of Guile looks like he’s had a rough night after being kicked out of the house. And no, he doesn’t want to talk about it. Even Guile’s iconic hair isn’t quite looking right, leaving many to point towards some more edible influences…

why did Fortnite turn Guile into the Cheestrings mascot pic.twitter.com/ERJhhLm5zM

WE GOT CAMMY IN FORTNITE!!!

Also why they got my man Guile's hair looking like string cheese?!  pic.twitter.com/XRiWK5MKlg

Some fans aren’t even sure that this is Guile. Perhaps he fell out of the battle bus along the way, forcing Epic to quickly source a budget replacement from another fighting series. With a bit of hair gel and the right outfit, we’re sure no one would even notice Tekken’s Paul Phoenix standing in as a substitute.

I think the guile from fortnite is Paul cosplaying as him XD pic.twitter.com/lfrjEDk09F

The outfit with the shades improves things a touch, but there’s we’re still not convinced we want to see this knockoff staring at us from the lobby menu. Still, at least the good news is that we’re getting the real Cammy to Canon Spike her foes into oblivion.

Guile and Cammy will join Fortnite on August 7.