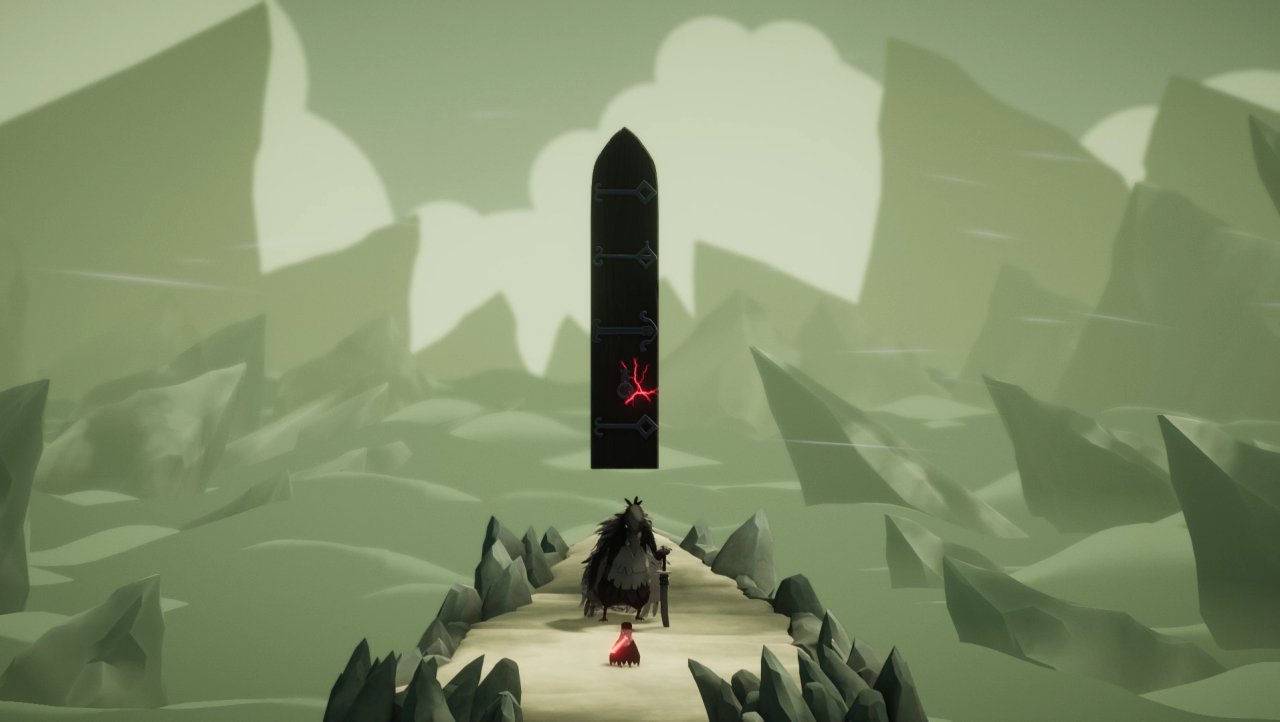 Lordran is a rotten old place. Don’t get us wrong – we’ve loved the hundreds of hours spent stabbing and being stabbed by its equally unpleasant inhabitants there as we farmed ever more souls. But the incessant dreariness does get you down, doesn’t it? Even Soulslike spin-offs and homages like Mortal Shell seem terrified of branching too far from festering worlds enduring as shadows of their once-grandeur. Thankfully, indie developer Acid Nerve has arrived to crack open the window. And gliding in with a flurry of black wings, Death’s Door is finally delivering the levity needed to clear that stale air.

At a surface glance, Death’s Door appears to embody classic Zelda DNA more than anything else. Your little crow navigates an overhead-viewed world, swinging his sword and firing off arrows to battle an array of monsters or solve simple puzzles. You’ll even unlock a hookshot and similar tools. There’s a touch of Hades to the dodge-heavy rhythm of combat too, though unless you’ve a particular fondness for avians or people with pots for heads, don’t expect to be getting hot under the collar over any denizens here.

But it’s in the execution that Death’s Door cracks open the family tree to reveal its true, Soulslike lineage. Levels are an interlinking maze of shortcuts. Whether through hidden elevators or a simple locked gate, you’ll find yourself looping back to the oh-so-vital doorways that serve as checkpoints and a connection to the hub world. Clearly things aren’t so dire as Lordran, as these bonfires have yet to be disassembled and chucked on the pyre.

Health is minimal, and each fall sends you zipping to the last door you opened – your personal death’s door, if you will (though not the one in the title). Surviving each venture long enough to unlock that next link or doorway is therefore the aim of the game, and a structure that’ll feel all too familiar for FromSoft fans.

Death may come easy, but punishment for failure is far lighter here, with no loss of souls to send you scrambling to recover. You simply pick yourself up, dust the blood off your wings, and try again. That’s not to say Death’s Door isn’t challenging; bosses and minibosses don’t hold back in their attacks, forcing you to memorize each phase’s openings and, much like Dark Souls, direct most of your sword swipes to their rears.

Progress further, and more overt references begin to surface. The unexpectedly buoyant Pothead – a rotund knight cursed by a witch to suffer an eternity with a soup pan for a noggin –  is a clear nod to Dark Souls’ Onion Knight. Always found pondering the next conundrum blocking his path, he’ll charge forth with cheery glee once you open the way ahead. We’re pretty sure we detected a scent of allium to the liquid sloshing under his lid.

Even the setup is familiar: After an opening setback, you’re tasked with claiming the souls of three great and terrible beings from realms across the land. It’s as if the chosen undead was plucked straight from Anor Londo success and strapped into a feathery suit. Seath the Scaleless? Forget ‘em, we’re heading to the Urn Witch’s mansion.

Death’s Door’s affection for Dark Souls is evident, but what makes it so impressive is that, unlike many soulslike knock-offs, it isn’t a slave to the series’ mechanics or theme. Our corvid reaper may come from a monochrome world of macabre purpose, but the lands he ventures into are gorgeous, colorful places. The cast you’ll encounter – enemies included – are more likely to raise a smile than fill you with despair. A beautiful soundtrack by David Fenn certainly doesn’t hurt the mood either.

This is still a combat-heavy game that’ll see you pressing into hostile lands to gather souls for upgrades. There are still challenging bosses that demand patience, observation, and rapid reactions. You’ll still need to prepare to die, a lot. But Death’s Door wraps itself in a cloak of feathers so warm and optimistic that it feels like a refreshing and much-needed twist on the design. If the Dark Souls series’ worlds felt too grim to bear, Death’s Door is a fantastic opportunity to get a taste of what makes them so special – all without asking you to bear a burden of misery on your back.

Death’s Door is available now on Xbox Series X/S, Xbox One, and PC.