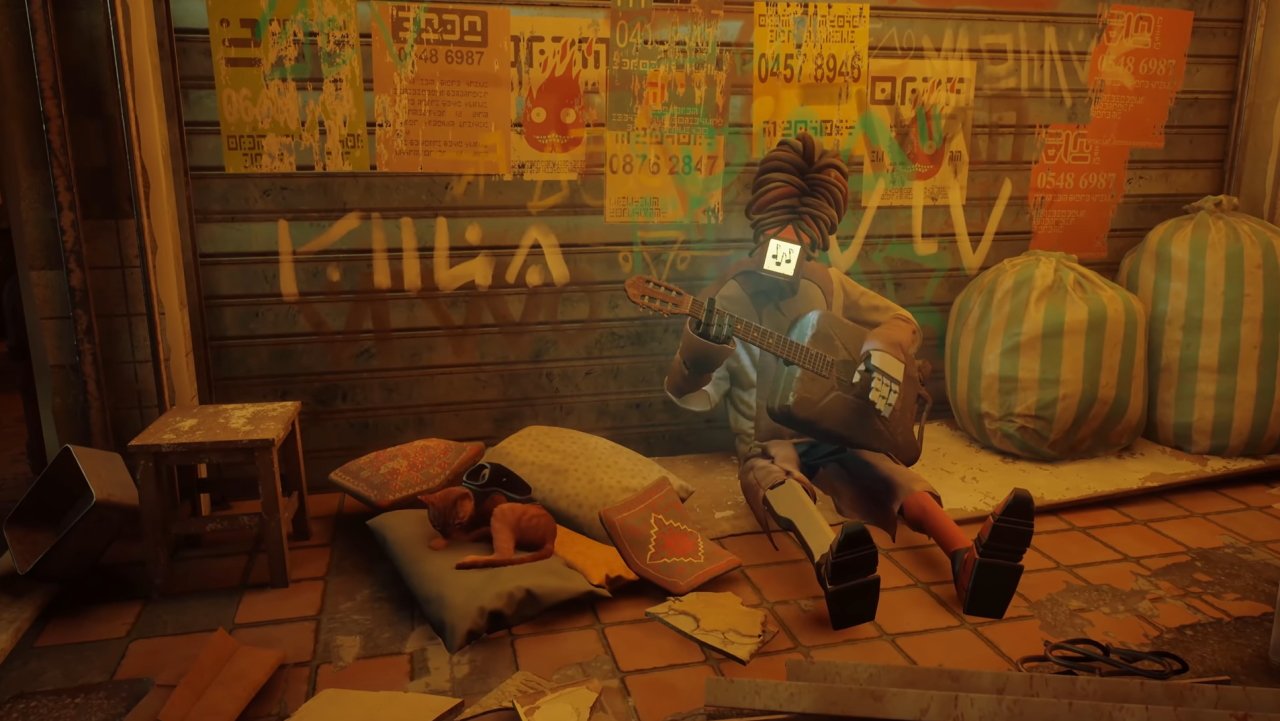 Last Night Annapurna Interactive reaffirmed itself as one of the premium indie publishers around, dropping a wealth of trailers for upcoming games. A new Outer Wilds got a reveal, as well as the first gameplay footage for sci-fi cat sim, Stray. We’ve rounded up all the trailers from the showcase below for you to enjoy.

The Artful Escape is due in September

Overflowing with stars like Lena Heady and Michael Johnston, The Artful Escape is a prog rock platformer which follows the nephew of a guitar legend. Attempting to differentiate himself from this legacy, he crafts his own grand stage persona in a fantastical, planet-hopping journey. It was funded on Kickstarter back in 2016, but finally looks set for release on September 9, 2021.

Neon White is one for the freaks

Speedrunning card-shooter Neon White looks every bit as glorious as we’d hoped in this new update. Lead designer Ben Esposito gives us a better look at gameplay here, showing the system that sees you firing weapon cards or discarding them to unleash powerful movement techniques. On top of competing for leaderboard slots in each level, you can also engage in dating sim conversations with the other murderous demons plucked from hell to cleanse heaven. A game described by Esposito as one for “freaks,” Neon White will launch on Nintendo Switch and Steam this Winter.

A Memoir Blue tangles with the past

We also got a trailer tinged with melancholy for A Memoir Blue, a narrative-driven title which dives into the memories of champion swimmer Miriam. Reminded of her unexpectedly by a song on the radio, Miriam must look upon her past, and the relationship she had with her mother. It’s coming to Xbox Series X/S, PS5, Xbox One, PS4, Switch, PC, and iOS.

Storyteller lets you write the script

This unusual puzzle game by Daniel Benmergui sees players adding characters to story panels within the pages of a book. All you’re given as a prompt is a title and number of panels, it’s up to you to fit the characters and settings appropriately. Interactions will shift depending on who shares a scene and what came before it. So long as the title fits, your novel will go down in the game’s digital annals. It’s coming to Switch and Steam, with a playable demo available on the latter now.

The latest trailer for Heart Machine’s Solar Ash finally gives us a release date. The momentum and movement driven 3D action-platformer is due release on PS4, PS5 and the Epic Games Store on October 26, 2021.

Skin Deep tasks is an insurance FPS in space

Pirates are kidnapping cats from spaceships, and as an insurance operative, you need to hijack their ships to take down the pirates by any means necessary. It looks simple, silly, and highly replayable.

Stray has been delayed, but it looks fantastic

The feline protagonist of Stray will be arriving a little later than expected, with the release date now listed as Early 2022. This first gameplay trailer shows off the lead moggy teaming up with a robot drone called B-12 to navigate the grimy streets of a forgotten robot city. Along with a knack for solving puzzles, our kitty will need some swift footwork and the confidence to fight back at times as they travel through the city.

Outer Wilds: Echoes of the Eye is coming in September

The final touch of the showcase was an update on Outer Wilds’ “first and only” expansion, Echoes of the Eye. It’ll be tied directly into the existing world, but beyond that we really don’t know much about it, and that’s probably for the best. It’s due to release on September 28, 2021, on PS4, Xbox One, Steam, and the Epic Games Store.

Glasgow-based studio Nocode (Observation, Stories Untold) is also partnering with Annapurna for a new horror title, and Falcon Age developer Outer Loop has an unannounced game based on US immigrant culture.

That’s everything from the Annapurna Interactive Showcase. Did you fall in love with Stray’s pawesome protagonist or are you most excited about more Outer Wilds content? Share your thoughts with us down below.