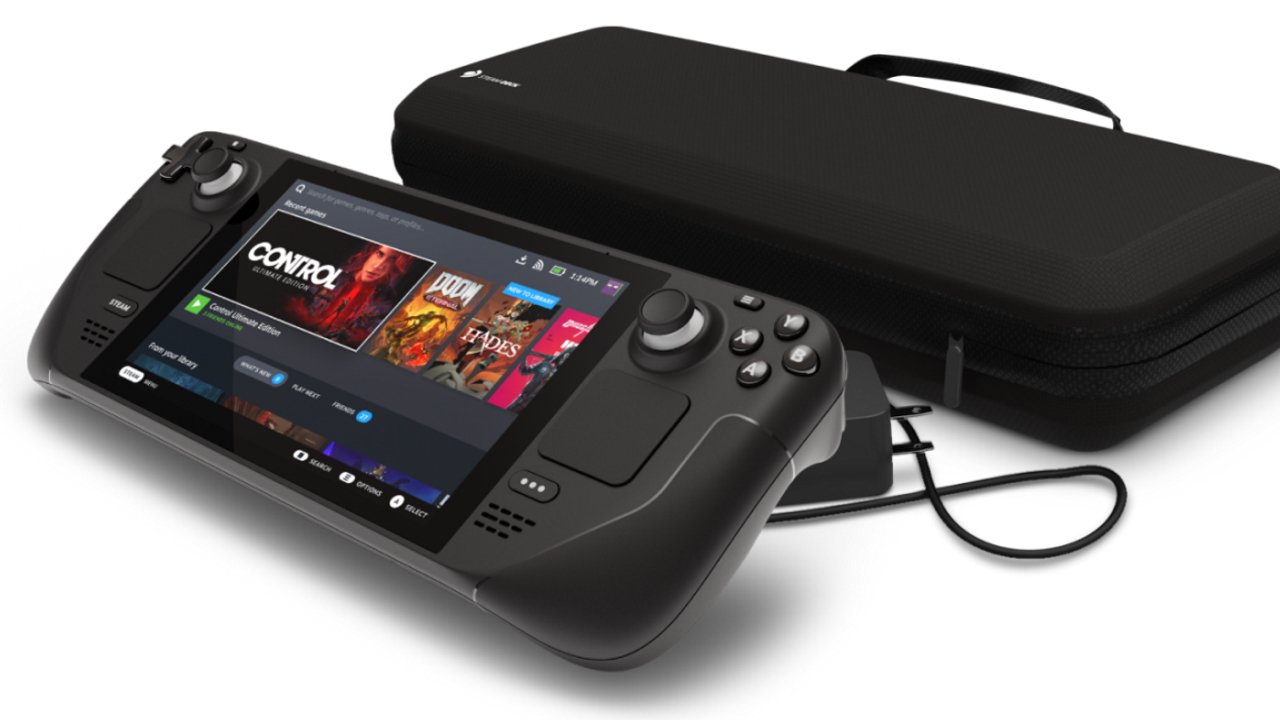 The Steam Deck will reach 30 FPS or better on most games, Valve says

Your chance to comment on Zeraora and microtransactions is here.

Valve has confirmed that their 30 FPS target for the Steam Deckl means that the majority of their tested games meet or surpass the 30 FPS benchmark the company is aiming for.

The handheld Steam Deck’s features make it a seriously tempting proposition, but several concerns remained following its unveiling and the start of pre-orders. One of the biggest concerns came in Valve’s description that they were “targeting 30 FPS” for games on the platform – a shaky term that could imply most games are sitting below or struggling to meet that line.

Fortunately, Valve’s Pierre-Loup Griffais has aimed to clarify that statement. Posting on Twitter yesterday, he explained that the 30 FPS target actually meant that the majority of tested games “consistently met and exceeded” that level.

The "30 FPS target" refers to the floor of what we consider playable in our performance testing; games we've tested and shown have consistently met and exceeded that bar so far. There will also be an optional built-in FPS limiter to fine-tune perf vs. battery life.

The message should reassure some early adopters worried that their expensive new device wouldn’t be capable of running new releases smoothly. A stable 30 FPS has effectively become the baseline for the modern console generation. In many cases, the PS5 and Xbox Series X/S now aim to support a consistent 60 frames per second. For PC players – some of which are used to butter-smooth 120 and 144 FPS titles – 30 FPS may seem like a major reduction, let alone dropping below it. But at list this news should reassure that a consistent and enjoyable playing experience will be available on the Steam Deck.

In the tweet, Griffais also noted that the Steam Deck will include an “optional built-in FPS limiter” which can be enabled to improve battery life at the cost of performance. It’ll be up to owners whether an improved frame rate or flashier graphics is the more tempting proposition – a true PC dilemma if we’ve ever heard one.

The Steam Deck is already available for pre-order, with the first batch due to be delivered by December, 2021. However, due to extensive demand, new orders may need to wait until the end of 2022 to receive a machine. Click here to read more about the Steam Deck’s features and price point.