Final Fantasy, Dragon Quest and Nier tracks heralded the arrival of competing athletes, though no Nintendo tracks made the cut. 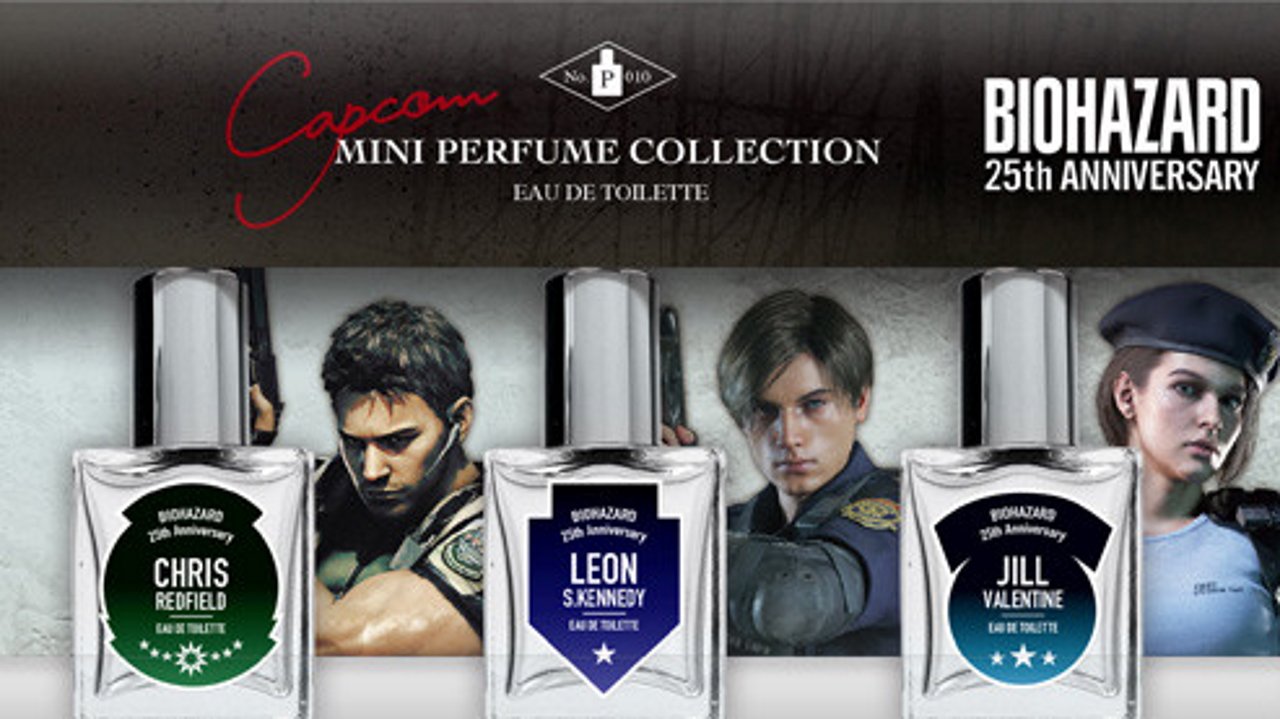 Get a whiff of Redfield with this Resident Evil perfume set

Japan will celebrate the hottest week of the year by cooling down with Vaporeon.

The scents are being released as part of the Resident Evil series’ 25th anniversary celebrations, and will be on sale for Japanese fans via the Capcom Stores in Tokyo and Osaka, as well as online Capcom Stores from today.

According to the descriptions and a news report by japanese gaming magazine Famitsu, Chris Redfield’s perfume features clover and black pepper to deliver a fougère aroma. Jill Valentine takes a fruity, floral approach to freshen you up, while Leon Kennedy – always the suave soul – prefers a sharp, “citrus green” scent.

Each bottle contains just 10ml of liquid, making them an even more precious resource than magnum ammo for the survival horror heroes they represent.

The Resident Evil perfume set isn't the only video game themed collection to appear in Capcom's storefronts. Also available on the store are collections of scents themed around Devil May Cry, Phoenix Wright, and more. Jill, Chris, and Leon join Guilty Gear Strive's Sol Badguy and Ky Kiske as recent entrants to the gaming perfume industry, all sadly only available from Japanese stores for now.