Aloy is joining Genshin Impact for a limited event

Aloy and the Predator Bow will arrive in Genshin Impact's 2.1 update, provided your Adventure Rank is high enough and you're playing on PlayStation. 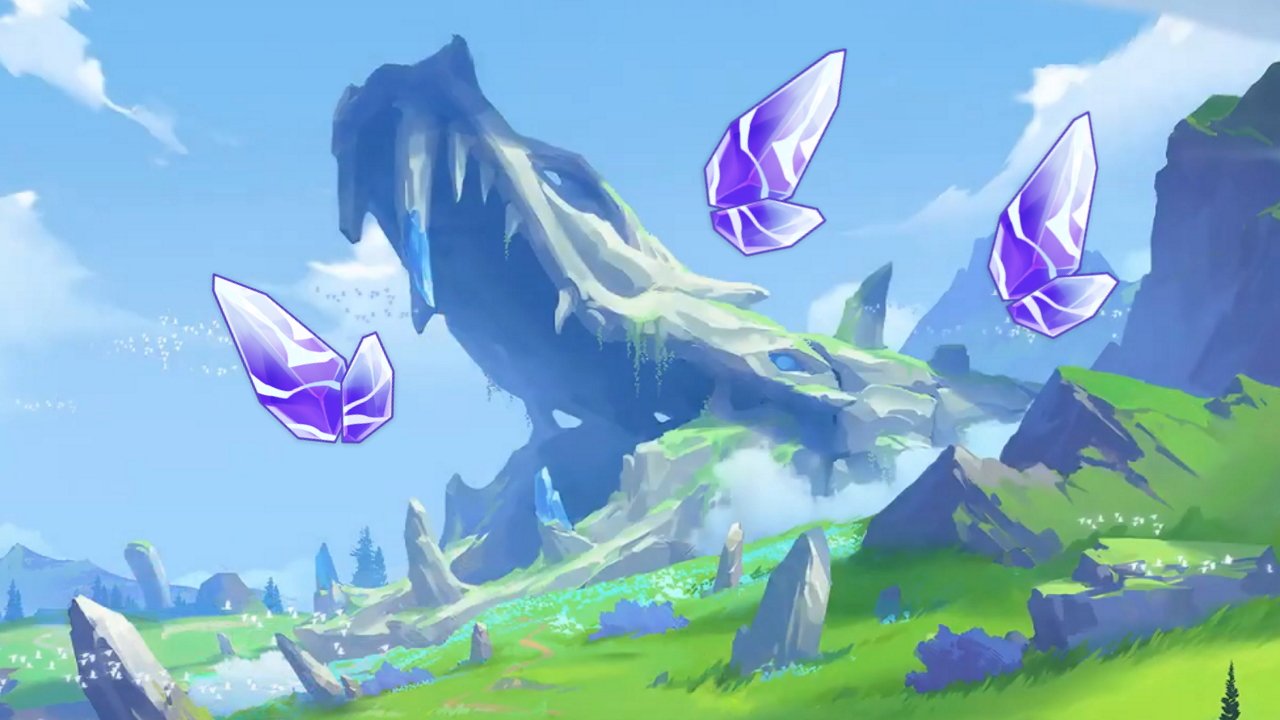 Unlock this Abyssal Domain with our guide!

As an Inazuma resource, you’ll only find Crystal Marrow locations in the region. Even within Inazuma, they’re only found within the southernmost isles of Yashiori and Kannazuka (Tatarasuna). The reason for this is that Crystal Marrow is found only around the skeleton of the great snake slain by the Raiden Shogun.

The best place to farm Crystal Marrow locations in Genshin Impact is across Yashiori island, as shown above. You can follow the snake’s skeleton from the northwest tip of the island down and over the hills, collecting each Crystal Marrow as you go. The largest cluster can be found in the center of the southern portion of the island, but be warned that this is a highly dangerous area to explore if not prepared.

Crystal Marrows are used as a character ascension material for Sayu, one of the new Inazuma characters who’ll likely be getting a banner in the coming months. If you’re planning on pulling her when her banner arrives, we recommend harvesting Crystal Marrow in advance.

That’s all the information we have on Crystal Marrow locations and uses in Genshin Impact. Be sure to check out our other Inazuma guides including Naku weed locations and where to grab the new Sea Ganodermas. Otherwise, head to our hub page for Genshin Impact for more tips and tricks.