Find these lazy little bugs with our guide! 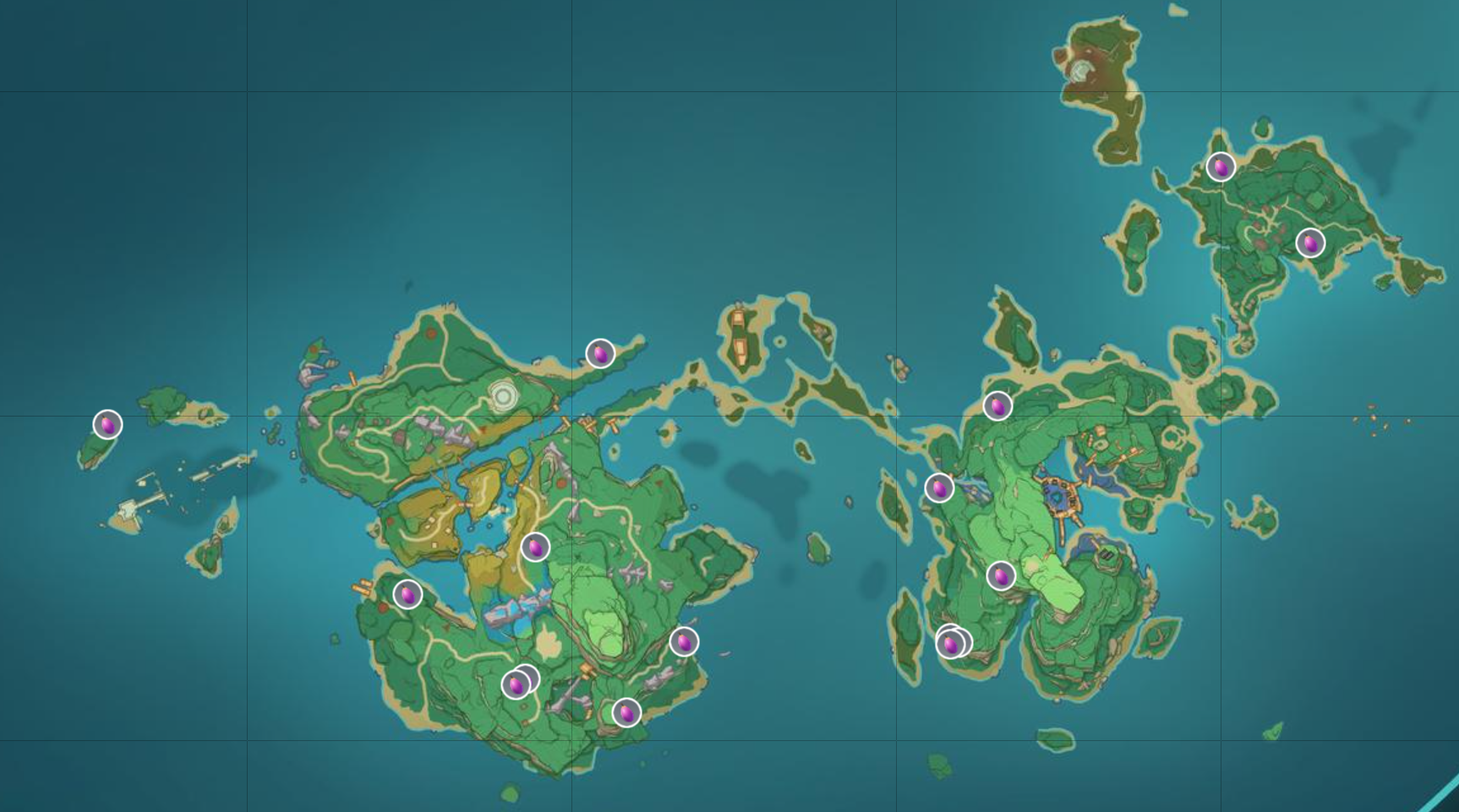 And face to face with the Eagle.

Genshin Impact's 2.0 update has brought a ton of changes to the game, including all new leveling, ascension, and crafting resources. One of these is the Lavender Melon. Check out this guide to learn where to find Lavender Melon locations in Genshin Impact, along with what they're used for.

There are a wealth of Lavender Melon locations to be found in Genshin's new area, Inazuma, as shown above. As the name would suggest, they're a purple fruit that has a unique texture when cooked, and appear as an ingredient in many dishes from Inazuma. The Lavender Melons in Inazuma are split between the region's northern and southern islands. Note that the majority of them are on the southern islands, so that's probably where you should start if you're planning on doing some farming. Yashiori Island offers some of the best Genshin Impact Lavender Melon locations, with a large cluster to the south near the quarry.

Once you're ready to head northwards, there are several Genshin Impact Lavender Melon locations to be found across Narukami island as well, as shown above. We'd recommend visiting the southwest trail which connects to Inazuma City first. For more specific locations to aid your fruit gathering mission, check out this interactive map for Lavender Melons, and all the other collectible resources as well!

For Lavender Melon uses in Genshin Impact, the fruit can be cooked up into a variety of meals, including More-and-More, Rice Cake Soup, Konda Cuisine, Sakura Tempura, and Imported Poultry. These recipes are obtained by completing a variety of quests or by ranking up your reputation rank in Inazuma.

For now, that's pretty much all we can tell you about Genshin Impact Lavender Melon locations and uses. For more info on the game, check out our hub page. We've got guides covering resources like Sakura Blooms, Onikabuto beetles, and Naku Weed for crafting, along with Electroculi so you can easily power up Inazuma's Statues of the Seven.