Power up Inazuma's Statues of the Seven with our guide! 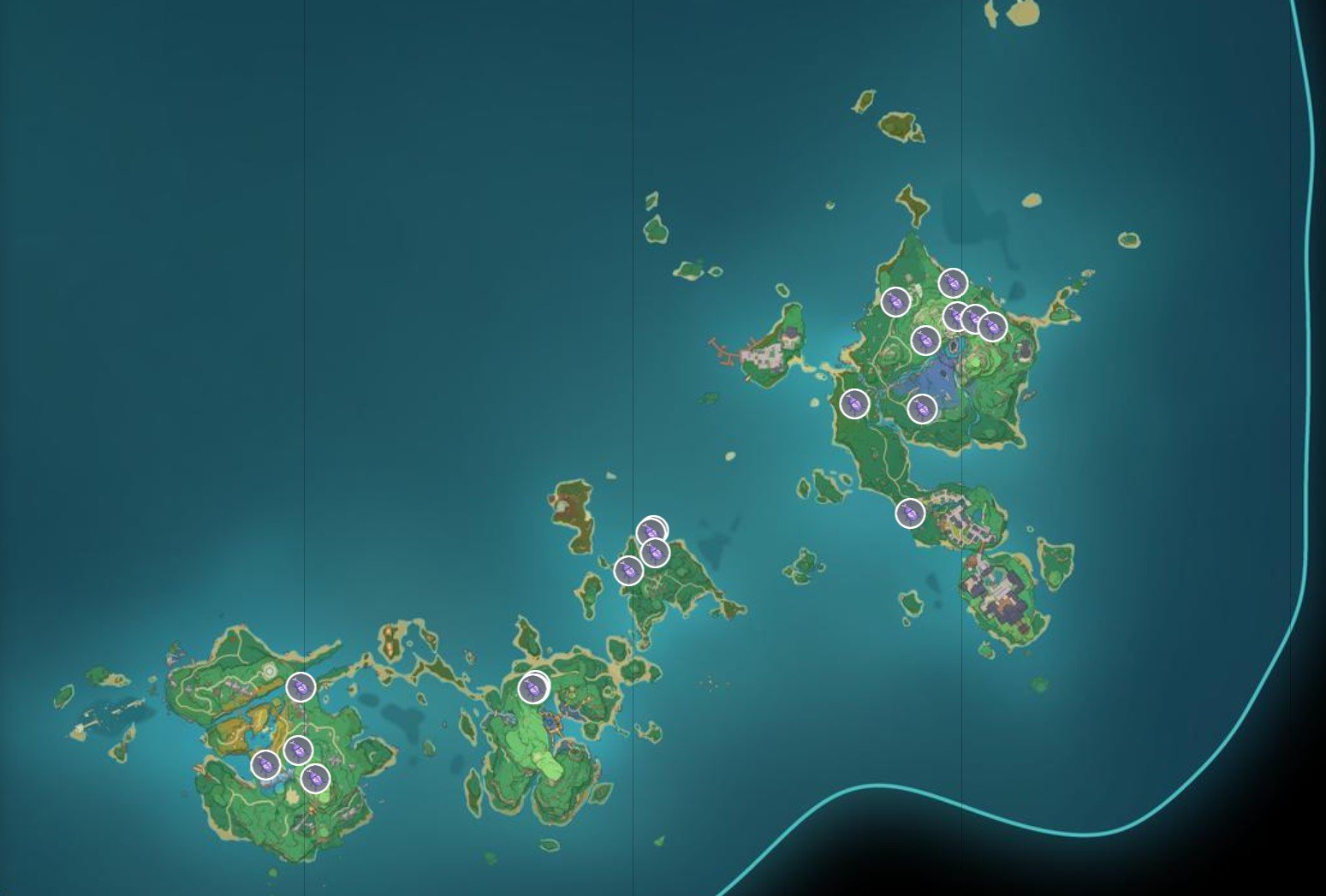 Learn where to find Lavender Melon locations in Genshin Impact so you can pluck these plump, purple fruits quickly and efficiently!

Genshin Impact's 2.0 update has brought a new map, the Inazuma region, and with it, some new local specialties players can collect for crafting and ascension. One of these is the Onikabuto beetle. Check out this guide for help finding these funky little Electro bugs.

As shown above, there are 20 Onikabuto beetles to collect, and like Naku Weeds, Sakura Blooms, and Sea Ganoderma, they're exclusive to the Inazuma region in Genshin Impact, so you'll have to head there to gather them. The Onikabuto beetles really like Electro energy, so you can find them wherever there is a strong concentration of it on the map. In particular, they like to hang out on tree trunks, so you need to head into the new map's wilderness areas to seek them out. If you want more specific locations, take a look at this interactive resource map! They're described as being "docile and sedentary," so they're not too hard to snatch, despite the spooky decorations on their backs.

Onikabuto, like the other local specialties, are crafting materials that can be used to make other items, but as the 2.0 update is still basically brand new, it's not quite clear yet what all they can be used to create. That said, as we explore more of the Inazuma region and its various new items, we'll update this guide with all its crafting info.

That's all the info we can give you on Genshin Impact's Onikabuto beetles for now. For more info on finding the new resources in the Inazuma, check out our game hub page. And while you're waiting for more info on the Onikabuto beetles, why not start hunting down electroculi to power up the Inazuma Statues of the Seven? Our guide has got you covered!