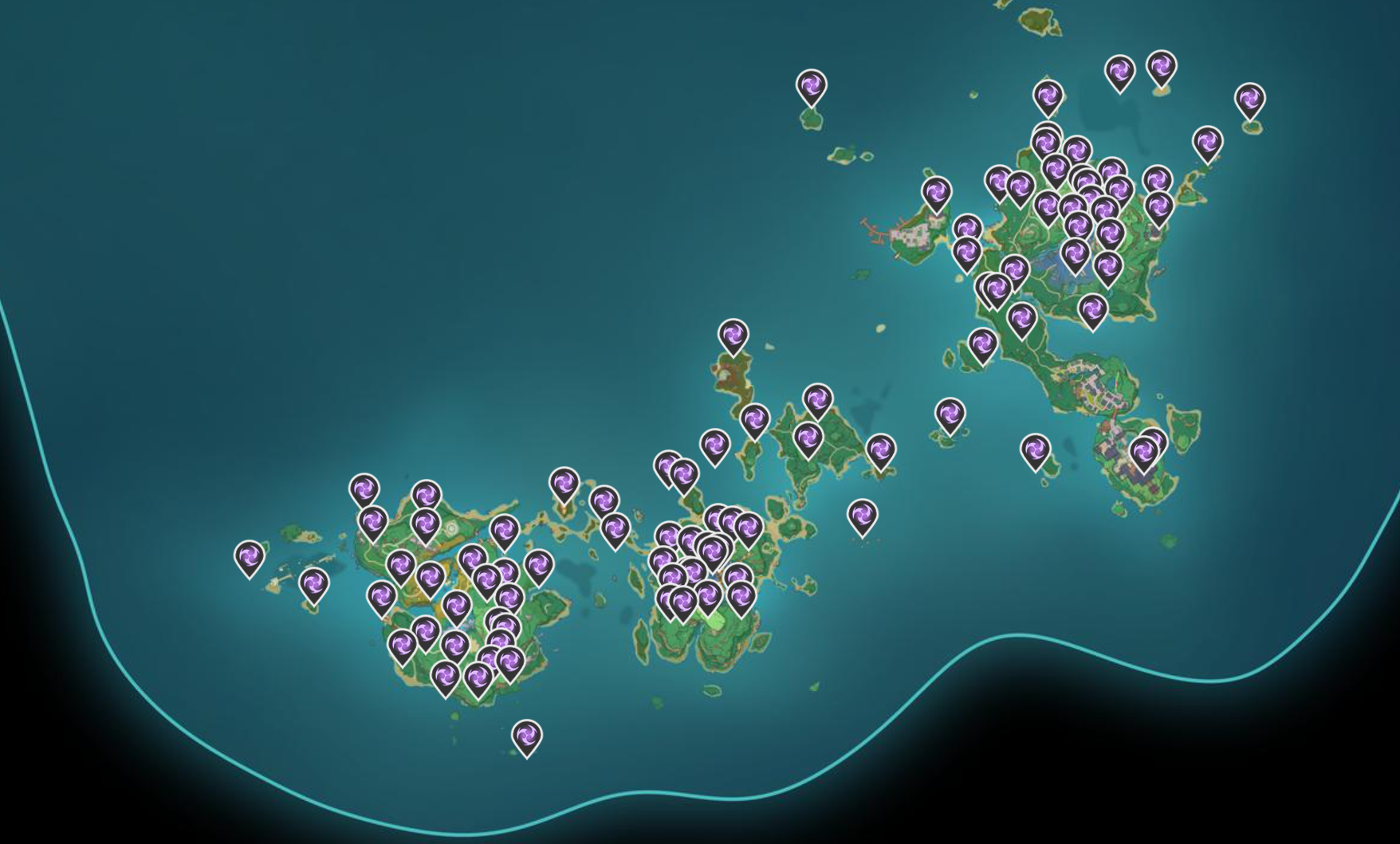 Find these lazy little bugs with our guide!

Genshin Impact's 2.0 update is live, and with it come a bunch of new resource spots in the fresh Inazuma region. One such resource are electroculi. Below, we've outlined the locations of each electroculus in Inazuma.

"A substance that has accumulated intense Electro energy. Offer it to the Statue and help reinstate the power it has lost over the years." As the item description indicates, this resource is used to power up the region's Statues of the Seven, like the others found in Liyue and Mondstadt. By leveling up these statues, players will obtain different rewards like primogems, gold, Electro Sigils, and Shrine of Depths keys.

With the 2.0 update, electroculi can only be found in the Inazuma region. There are 95 electroculi that can be found and collected by Genshin Impact players. They're spread pretty evenly across the new map, as shown above. To make finding them even easier, check out this rad interactive map!

Collecting electroculi will require players to engage with several of Genshin Impact's mechanics, both old and new. Some will have you climbing rock formations or having to reach spots that are mid-air. Others will have you engage with 2.0's new systems: the Thunder Sakura Bough and Electrograna. If your grapple command becomes available, you'll be able to swing to higher locations.

It's also worth noting that you won't be able to collect all of the electroculi without focusing on upgrading your Sacred Sakura to get better Electrograna perks. Some are behind electric force fields that require these upgraded powers to bypass.

That's really all there is to collecting electroculi in Genshin Impact. For help finding the Inazuma region's other exclusive collectible resources, check out our hub page to find guides on locating Sakura Blooms and Naku Weeds.