Learn where to find Sakura Blooms in Genshin Impact so you can cook up Tempura or Ascend Kamisato. 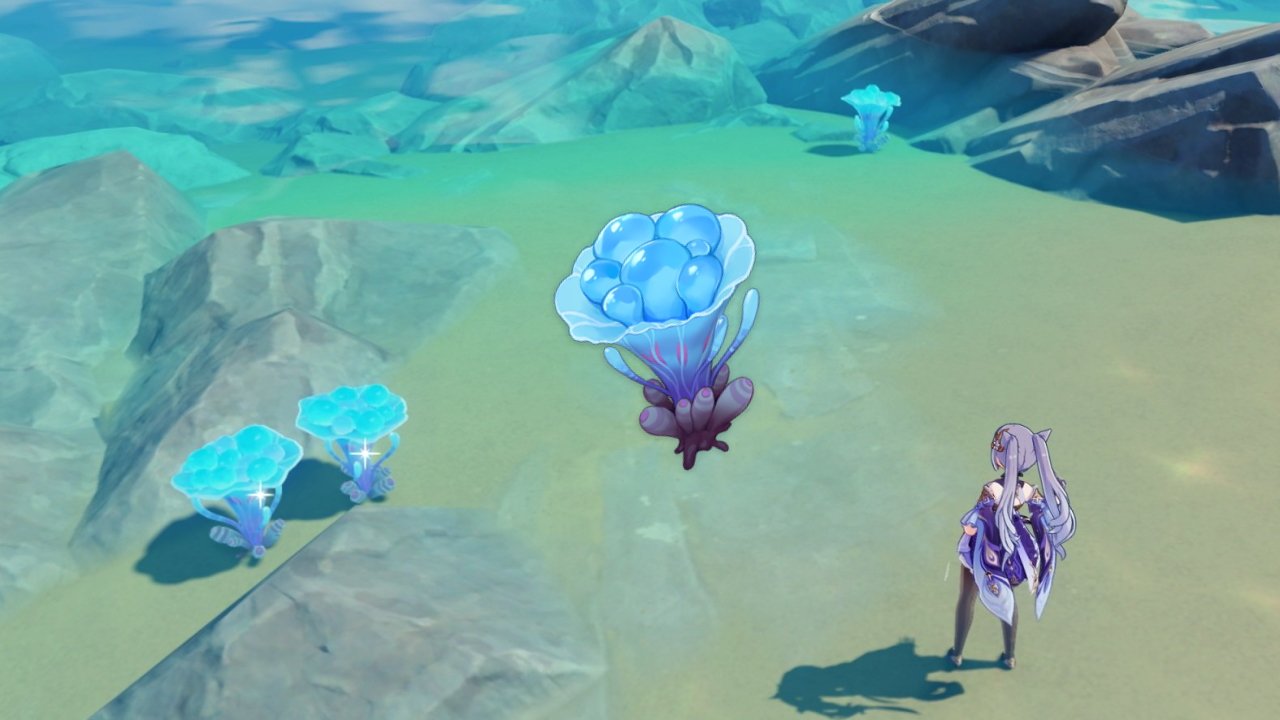 Master the Pokemon Unite controls before you step into the arena.

Following the 2.0 update, you can find Sea Ganoderma exclusively in the Inazuma region. They’re found in the waters at the edge of all three main islands as shown above, as well as the new Watatsumi and Seirai islands. However, the best place by far to find Sea Ganoderma locations in Genshin Impact is in the waters north of Tatarasuna, Kannazuka (that’s the lower, middle island).

The waters northeast of the land strip connecting this Kannazuka to Yashiori Island feature loads of Sea Ganoderma locations, making it very easy to gobble them up before heading east to the next batch. You can also find several on the north beachhead at the cove entrance to Mikage Furnace.

If you’ve already harvested the Sea Ganoderma locations from Kannazuka, the next best place to farm them is on the edges of Narukami island. As shown above, you can find Sea Ganoderma in clusters on the north, east, and west sides of the island. On the north and west, look for river inlets to find the Sea Ganoderma growing nearby. On the east, you’ll want to head down the coast until you reach a rock formation in the water.

If you're looking in Watatsumi island, Sea Ganoderma locations are spread very sparsely around the coastal edges of the main land, smaller island, and northeast section with Fuigetsu Pool. While there are a few more spots, we wouldn't recommend making this a core part of your farming route.

For Seirai island (south of the main Inazuma region), you'll find Sea Ganoderma locations scattered across the coastal parts of the north and southeast, as shown above. There aren't loads of spots, but if you've farmed the larger islands, it might be worth heading here too.

Finally, Sea Ganoderma can also be found on the southernmost Tsurumi Island. There aren't nearly as many as elsewhere, but you can find a few to collect along the coastlines. The largest batch is on the tip of the eastern peninsula, with a few more on the north and south side of the island bridge leading there. You can also grab a couple on the northeast coast above Shirikoro Peak, or down on the southeast coast of the southern island segment below Wakukau Shoal.

Sea Ganoderma appear as fairly large blue plants with fronds folding outward in a ring around a cluster of balls. They’re used as a character ascension material for Inazuma newcomers, Kaedehara Kazuha and Yae Miko. You’ll need quantities ranging from three to 60 Sea Ganoderma for all his Ascensions, so be prepared to harvest a lot. Sea Ganoderma respawn every two days with the server reset time, so make sure you don’t waste time scouring the same spots until they’ve respawned.

With the images above, you’ve learned the Inazuma Sea Ganoderma locations in Genshin Impact. Head to our hub page for more useful guides like where to find Naku Weeds and Sakura Blooms.