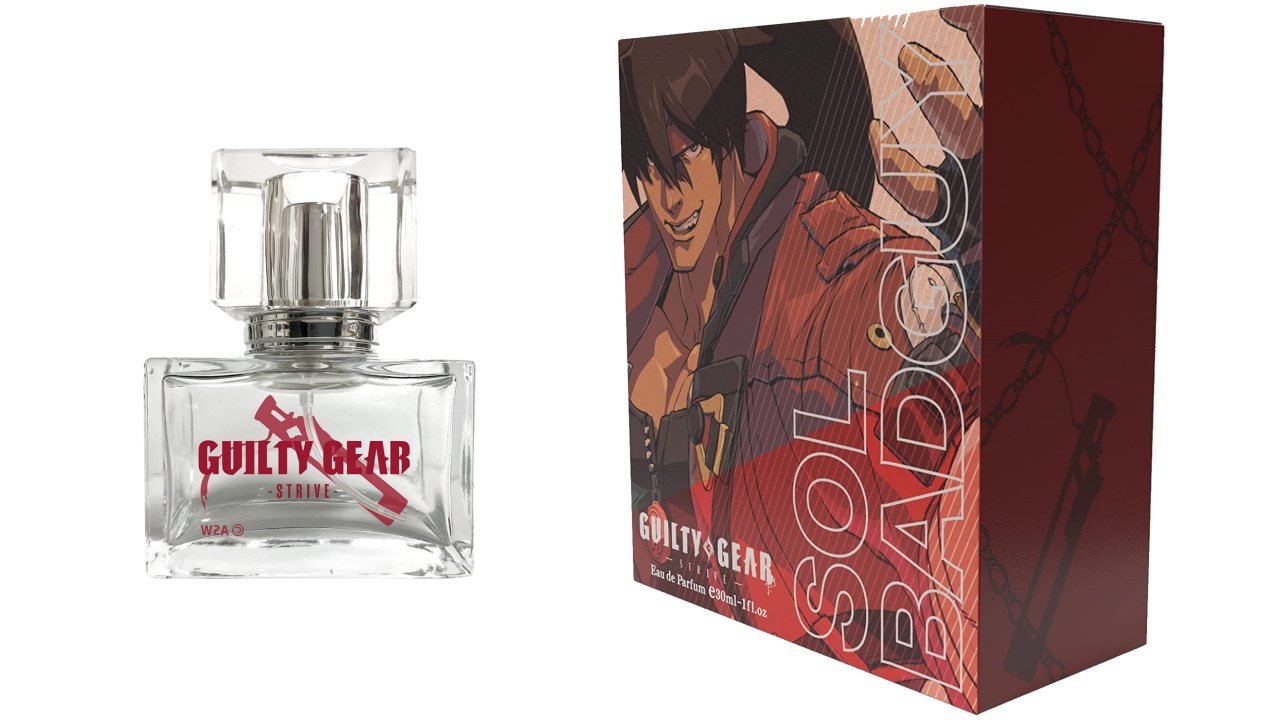 Guilty Gear Strive perfume will have you smelling like victory

What's the battery life and can it run Windows? Here's everything you need to know about Valve's new handheld PC.

There are times when winning your Guilty Gear Strive matches just isn’t enough; when you really need every sense to acknowledge the perfect round you’ve just delivered to an unfortunate online opponent. Thankfully, this new Guilty Gear Strive perfume will deliver the scent of Sol Badguy direct to your nostrils.

The perfumes have been produced by Japanese perfume brand Fairytail (thanks for the spot, TheGamer), which regularly creates anime-inspired scents to improve the odors of extreme fans. They’re doing the world a service, really. The Guilty Gear Strive collection includes smells based on lead protagonist Sol Badguy and his rival, Ky Kiske.

Famed for his fiery combat skills, Sol’s perfume delivers a “smoky scent” and will be sure to convince everyone of your “rugged masculinity of actions speaking louder than words” as you spam the same low kick at them over and over again. It includes fragrances or lemon and cinnamon bark, topped with vanilla and sandalwood.

If Sol’s direct attack on your nostrils seems too much, you could opt for the delicate fragrance of Ky Kiske instead. According to the perfume’s description, this offers a “soft yet gorgeous floral scent based on the spirit of Ky Kiske's dedication to protect the weak with a sword.” Bergamot and lemon take the lead notes here, added to by black tea and jasmine, along with vanilla. It's important to be graceful in both defeat and victory, after all.

Both sets are available from the Fairytail website, or Amazon's Japan branch, though you can expect some hefty import fees on top of the 3,300 yen (~30 USD) asking price. Each flavor comes in a stylish box depicting artwork of the character of choice. Fairytail has also produced a perfume range for the King of Fighters '98, inspired by Iori Yagami. We can only hope that fighting-game-inspired perfumes begin to catch on, as having attended Super Smash Bros. tournaments in the past, some more palatable odors certainly wouldn't go amiss.