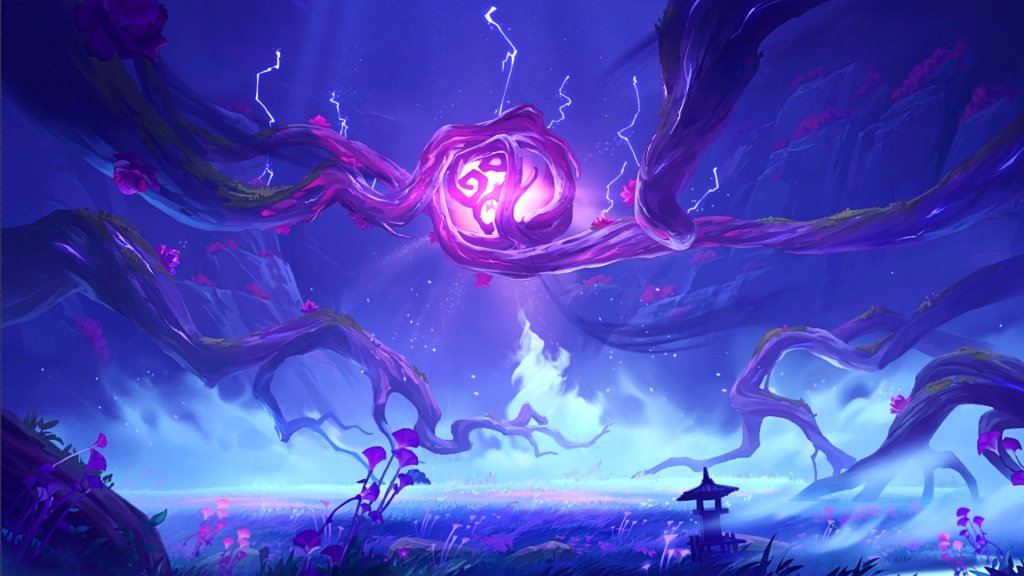 Genshin Impact's 2.0 update will add the massive new Inazuma region as the story continues in the Japan-themed island archipelago.

The biggest (and big being the right word) thing in Genshin Impact 2.0, and which justifies it skipping straight over 1.7, 1.8 and 1.9 version numbers, is the introduction of Inazuma.

A new region themed around the Electro element, the story of Inazuma will be tied into a story of the land's ruler, the Electro Archon Raiden Shogun, who has outlawed Visions in the region. A Vision Hunt Decree is in effect, meaning anyone with a Vision (the thing that gives people their elemental powers) is hunted down and stripped of the magical trinket.

The Electro theme of the region will also introduce the Traveler's Electro configuration, after interacting with a Statue of the Seven in Inazuma. That's not the only new character to add to your party. The Inazuma chapter will add more than 10 new characters over the next few updates.

The first new characters you can wish for will include a limited time banner for the new Cryo sword 5-star Ayaka Kamisato, then the next limited banner will offer the 5-star pyrotechnic bow user Yoimiya and 4-star Anemo claymore-wielder, the tiny ninja Sayu (who is voiced by singer Lilypichu in the English version).

After them you can expect the Electro Archon herself, Raiden Shogun, and a number of other new faces including the mysterious Thoma, Kujou Sara, Sangonomiya Kokomi (a new Hydro character, finally), fox-boy Gorou and Yae Miko. We'll find out more about them in future updates.

There are two new artifact sets for you to build your characters with in Genshin Impact 2.0. These are the Emblem of Severed Fate which focuses on Energy Recharge interactions, and Shimenawa's Reminiscence which trades energy for attack power.

There are a number of new enemies in the Inazuma region, some of them are boss enemies to drop new resources for character and weapon ascension, others simply roam the land looking for a scrap.

There will be a number of events in the first update of the new version, including the return of tower defense game Theater Mechanicus. In the first event of the new version, Thunder Sojourn, you'll be able to unlock Beidou to add to your party for free, using the event currency you earn through participating (which you can also use to buy primogems, mora and guide materials for Inazuman characters).

The Theater Mechanicus event Stage of Wonders will replicate the tower defense gameplay from the Lantern Rite festival event earlier this year. Other smaller events will see doubled rewards for LeyLine outcrops and a treasure hunt in Lost Riches where you can unlock another mini Seelie pet if you want. People who chose the yellow one may be interested in upgrading to a nice violet mini Seelie.

Alongside all the content updates, there will be changes to the way some of the game's systems work, including the weapon wish system. You can now pick which 5-star weapon you're actually hoping to get from weapon wishes and then if you don't get the one you want you will earn Fate Points. If you end up with enough Fate Points then you can simply unlock the weapon you were after, essentially adding a more reliable pity system to the weapon banners. That's nice.

To also help with pointlessly pulling useless items, the Artifact system will receive an upgrade. At the crafting table you can make an Artifact Box which will allow you to put three 5-star Artifacts you don't want into it and receive a bunch of options for another one to keep. If you're tired of using Resin to try and pull a god roll Artifact from domains then this is a good way to try and roll your way into some good substats.

The housing system will also receive a little update for gardening, and you can harvest seeds from the open world to plant flowers in the gardens surrounding your homes. No word yet on how much load they'll take so you may need to sacrifice other trees to actually fit them in under the limits.

You will also be able to link your PlayStation account to a Mihoyo account, giving PC/Mobile players cross-save compatability with the PS4 and PS5. Finally. No word on a Switch version yet, though.