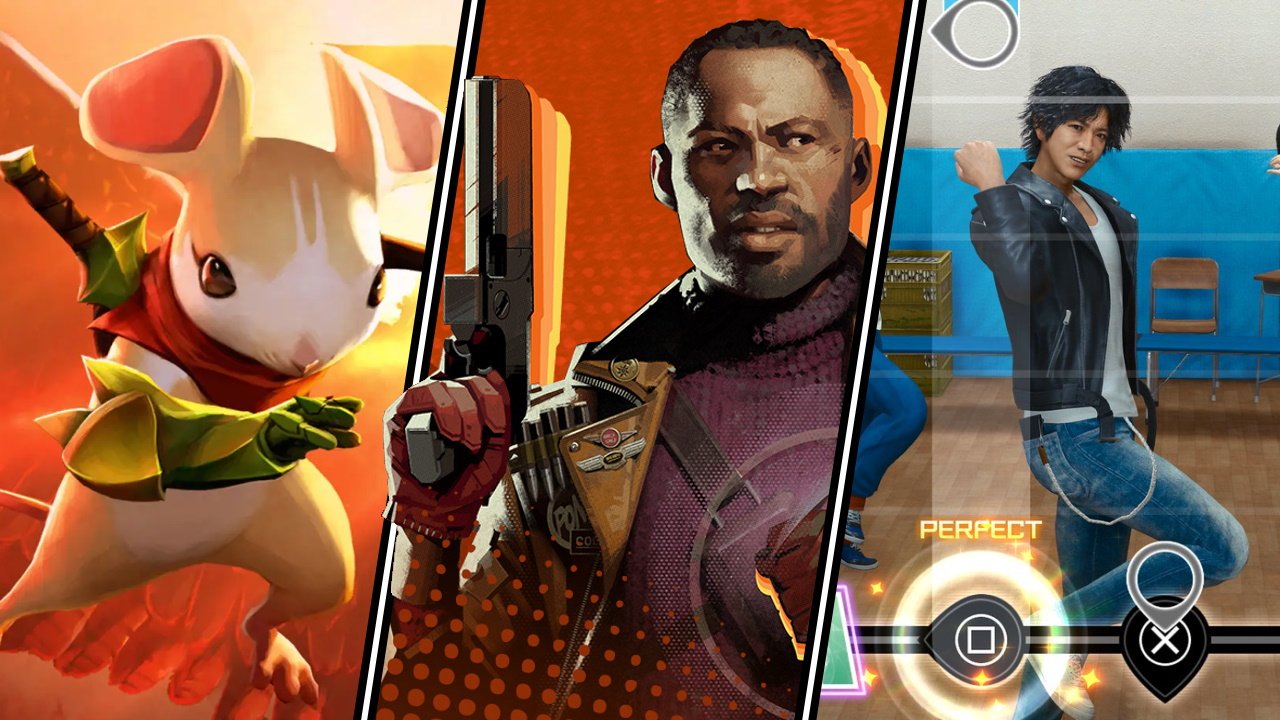 It looks like there’s plenty on the way after all. With Sony absent from E3, PlayStation fans have been waiting a while for a look at the games they can expect to enjoy down the line on PS4 and PS5. Last night’s State of Play broadcast delivered exactly that, with 30 minutes of trailers and reveals from third-party studios. Looking to catch up? Here’s everything you missed during the July PlayStation State of Play.

Despite its age, Moss is still one of the best VR titles out there, which made the reveal of its next chapter an overdue and extremely welcome start to the State of Play broadcast. Tiny mouse protagonist Quill is back, and it looks like she’ll get access to a new suite of weapons and tools in this next adventure. The trailer didn’t confirm a release date, but it sounds like Moss 2 will be coming to the regular PSVR headset (though we’d expect it’ll also launch on Sony’s PS5 VR headset too when that eventually arrives).

Arcadegeddon is a stylish new loot-shooter

From the studio behind Predator: Hunting Grounds and Friday the 13th: The Game, Acrcadegeddon is a co-operative loot-shooter that sees you battling through hordes of cartoony enemies in evolving biomes. You’ll set out on roguelike-style runs to battle through waves and environments, even stopping mid-run for a bout of PvP against your teammates. Expect plenty of over-the-top customization options for your street cred obsessed characters. Early Access starts today on PS5.

Tribes of Midgard sets out its post-launch roadmap

10-player Viking action-RPG Tribes of Midgard is due out at the end of this month, but developer Norsfell is already planning plenty of post-launch support. Here’s everything coming in the The Wolf Saga season.

FIST: Forged in Shadow Torch punches its way to release in September

The ridiculously named (and themed) FIST brings its side-scrolling mechanised bunny beat-em-up action to PS4 and PS5 on September 7. Aided by an oversized mechanical arm, rabbit protagonist Rayton will hop, boost, dive, and smack his way through a seedy, industrial city.

Hunter’s Arena: Legends comes to PS Plus in August

Martial arts battle royale,  Hunter’s Arena is kickflipping its way onto PS Plus, from August 3 until September 6. Set in a fantastical version of ancient Asia, each match sees you tacking on both NPC demons and enemy players in action-RPG combat. Solos and trios modes are available to try, with both modes supporting a total of 30 players.

Sifu release date pushed back to 2022

Sloclap’s next martial arts beat-em-up still looks utterly mesmerizing, but we’ll need to wait a little longer before we’re able to enjoy it. The latest trailer shifts the release date back until early 2022.

“We were hoping to release Sifu before the end of 2021, but this won’t be possible without compromising quality and having the team crunch for months, neither of which is acceptable,” a tweet from the game’s official Twitter account explained. “Even if it’s for the best, we're VERY sorry for the delay. Thank you for your patience!”

Exploration is key when searching for a new home for your spacefaring community, but that doesn’t mean it has to be exploitative. In Jett: The Far Shore’s latest trailer, developer Superbrothers talks about the joy of soaring across a planet, without aiming to fight or endanger the local wildlife. Jett is still due for release on PS4 and PS5 in 2021.

The next trailer for Demon Slayer - The Hinokami Chronicles takes us to another stage in the game’s adventure mode: Tsuzumi Mansion. The unsettling environment plays host to a range of demons for Tanjiro, Hashibira, and Zenitsu to tangle with. The game’s due to release for PS4 on October 15.

Ryu Ga Gotoku’s highly anticipated sequel to the Yakuza spinoff series presents a serious veneer, but it looks like there will be plenty of nonsense to enjoy as well. Heading undercover as a high school counselor, Yagami will need to get to know the students through activities like dance routines, skating, and more. It’s all part of being a detective.

Still wondering what an earth a Director’s Cut means for a game like Death’s Stranding? This latest trailer shows off several of the new additions for the PS5 release, including new equipment, monsters, and missions.

Deathloop teases its tools and upgrades

Arkane’s Deathloop was the centerpiece of the July State of Play, and the new footage didn’t disappoint. In roughly nine minutes of gameplay, game director Dinga Bakaba talks us through the powers and weapons Colt has access to, and how he can build up an arsenal of tools over several runs to give him the edge against Blackreef island’s eight Visionaries.

That’s everything from Sony’s State of Play July broadcast. What was your favorite inclusion? Let us know in the comments below.