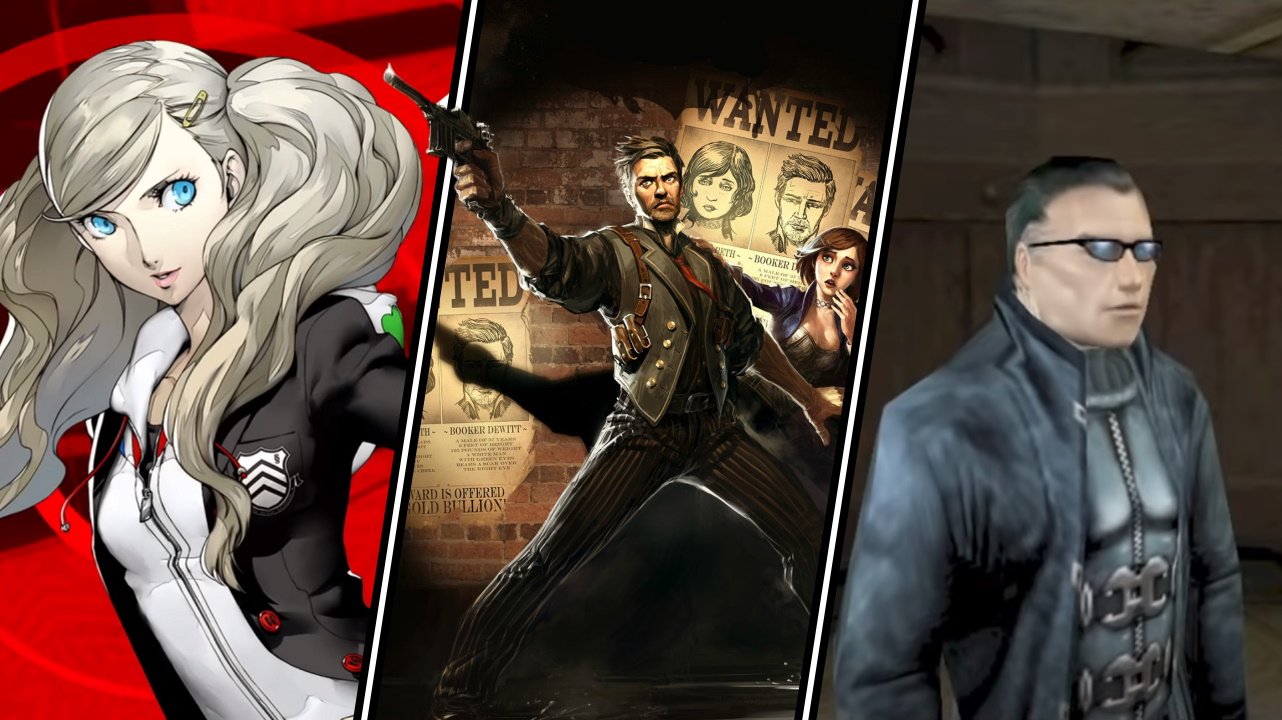 Cheating is usually frowned upon in video game circles, but cheat days? Even Kratos is entitled to those. If you ask us, World Chocolate Day is the perfect excuse to crack out the candy, and it would appear that many of our favorite video game leads agree. To celebrate all things cocoa, we’ve rounded up several video game stars who are more than partial to a munch on that delicious dairy rock.

Deus Ex’s modification-riddled cyber-dystopia isn’t all bad. We’re willing to posit that any future containing a gigantic chocolate bar called CHUNKO HONEY is, at the very least, survivable. Restoring just 2HP per bar might not make it an effective healing item for lead character J.C. Denton, but any candy bar that helps you recover from bullet wounds is magic in our books. Just try not to think too much about the in-game description, which reads: “Choc-o-lent dream, it’s chocolate! It’s people! It’s both!”

Conker’s Bad Fur Day was bulging with unsavory things, very few of which could be considered sweet. Thankfully, one of aspect of the game safe enough for us to even mention here is that Conker’s entire health bar is built out of chocolate chunks. Yes, much like us, Conker’s primary method of feeling better was tied directly to deliciously dark serotonin. Feeling rough? Grab yourself a slab of anti-gravity chocolate and you’ll be good to go in no time. Unlike us, however, Conker will only eat chocolate when his health isn’t full – a level of restraint we’ve never managed when challenged by a bar in real life.

It’s about time somebody brought up bin etiquette. We’ve been meaning to have a word with immersive sim protagonists, because as much as we love the sweet stuff, rifling through bins for a quick snaffle isn’t healthy behaviour. Booker DeWitt was never raised with such cultural rules, seemingly, and can regularly be found stuffing his hands through the garbage to pull out a tasty bar of Choco’s. To be fair, one in-game variety does come deliciously mixed with with toasted almonds.

We’re not entirely sure that Chocolate has ever been canonically confirmed within Fire Emblem’s myriad universes, but if one man has found it, it’s Awakening’s sweet-toothed pickpocket, Gaius. Aside from a history of being hired unwittingly to help assassinate royalty, Gaius’ defining character trait is an unyielding craving for candy. This thief stashes sweet treats all over his body, presumably for an extra burst of energy mid-battle. We don’t envy the sugar crash that’s sure to follow afterwards, mind.

All that fighting monsters for societal change has kept the Phantom Thieves a slim lot, but they’re not adverse to a moment of indulgence either. With chocolate hearts such a common confection, it’s no surprise that Lovers Arcana holder Ann Takamaki is the candy adoring member of the crew. Takamaki has a particular fondness for chocolate truffles, and she’s the only one of your school pals to appreciate cheap chocolates as well. Just because you have class, doesn’t mean you need to be picky when it comes to tasty snacks.

In our version of the Portal timeline, Chell never made it out from Aperture Science’s labs. Listen, we’ll do a lot for a chance at a slice of chocolate cake, and GLaDOS knows it. The credits sequence even proves that the cake was, in fact, a truth. If we’d just listened to that egotistical machine and followed her instructions, look at the icing-coated delicacy we’d have been able to enjoy. Who needs Black Mesa when such decadence is on offer here?

7. Almost everyone in Stardew Valley

If a neighbor turns up on your doorstep with an entire chocolate cake, you thank them graciously and shift their name at least two spaces up on the fiercely competitive community rankings. That almost everyone in Pelican town loves a slice of cake is no surprise, so instead we’re using this spot to call out food snobs Harvey and Willy, who are the only regular villagers to turn their noses up at confectionery bliss (Korbus and Leo get passes for being a literal monster and raised by parrots, respectively). Take your hipster truffle oil elsewhere, Harvey.

This may be a celebration of chocolate, but we couldn’t reach World Chocolate Day without calling out the most prominent gaming faces out there for his counter-chocolate ways. Mario might not be outspoken on his distaste for cocoa, but the evidence is clear: Super Mario World sees him blitz through an entire island of delicious Chocolate, and not once does he stop to take a bite out of the scenery. We see you, Mario, and we’re judging you.

Know any other chocolate-loving video game protagonists? Share them in the comments below, and be sure to browse the rest of the site for more ridiculous features like this one, including a roundup of tasty food-based games.