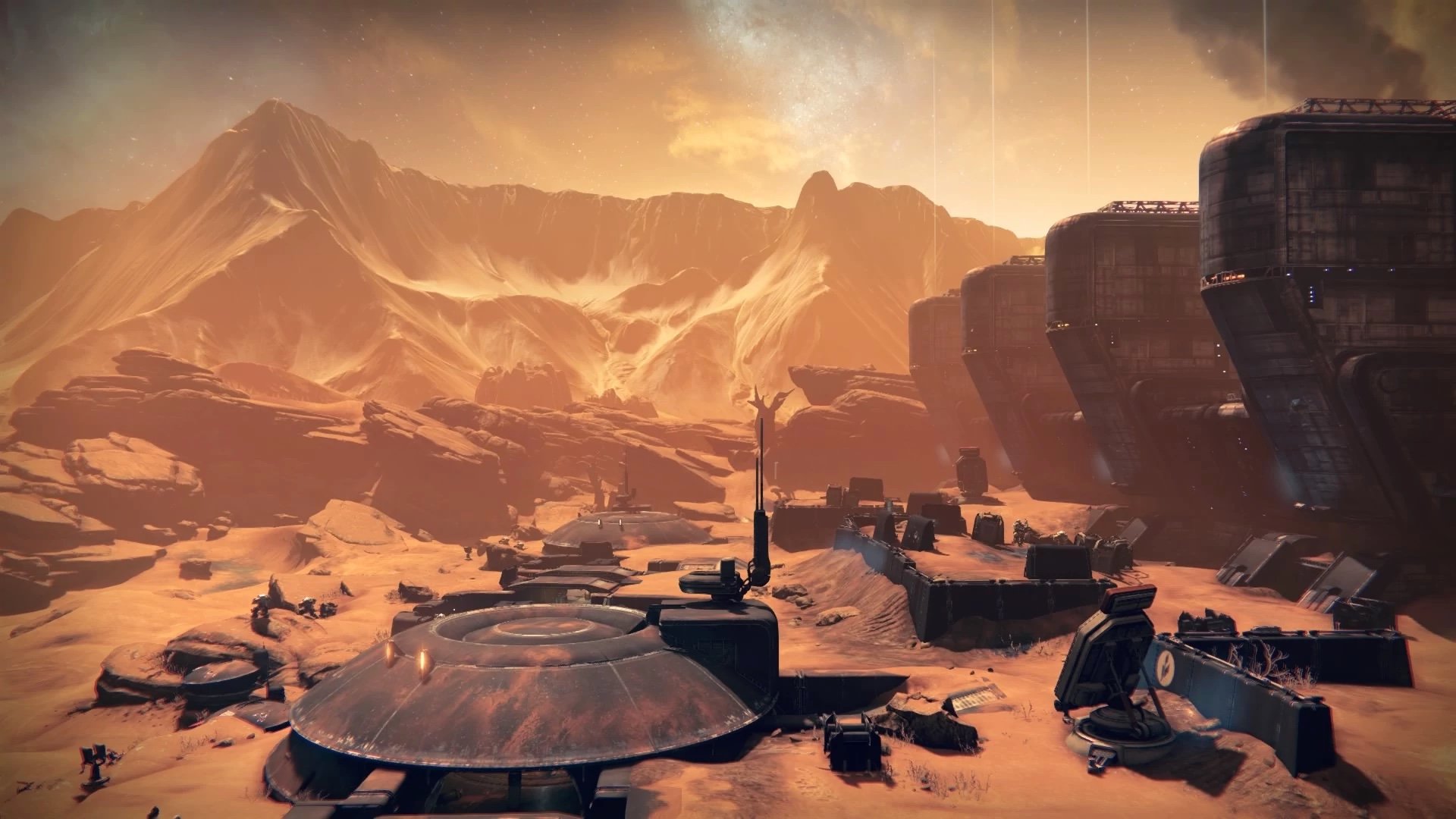 When Mars Exploration Rover Opportunity touched down on the Red Planet in January 2004, NASA expected it to survive 90 Martian days, or sols, before succumbing to the elements during a harsh Martian winter. Yet here we are, 14 years later, and Opportunity is still reporting back about things like possible rock stripes as it racks up its 5000th sol. (Eat your heart out, Matt Damon.)

In fact, Opportunity has been pootling about the Martian surface for so long that us pitiful humans have produced several entire video games about Mars since it first made planetfall. Goodness knows how many more Martian games we'll get to play before Opportunity finally stops transmitting, but in the meantime we thought we'd salute Opportunity by trundling down memory lane with some of our favorite games ever to take in the Red Planet.

The original Red Faction games were so-so first-person shooters designed for PlayStation 2-era hardware with a neat gimmick: you could blow holes in the scenery. Thanks to technology that developer Volition called Geo-Mod, your adventures literally left their mark on the Red Planet, cutting through the environment as you blasted it with various weapons derived from mining equipment. The story saw your character Parker lead a workers' uprising against the evil Ultor Corporation.

Red Faction had its fans - enough to inspire multiple sequels - but it arguably wasn't until the third game, Red Faction: Guerrilla, that the series really hit its stride. PS3 and Xbox 360 finally did Geo-Mod justice and allowed Volition to switch from cramped underground levels with limited destructive potential to an open world on the surface where entire buildings could be ripped to shreds through a combination of weapons, vehicles and mech suits.

Carving up the environment never got old, and the decision to give you 'salvage' upgrade materials for doing so was an inspired one. Guerrilla had a similar narrative to the original game - this time you were a worker called Alec Mason fighting the oppression of the Earth Defense Force - but its best moments were always tooling around smashing up the Martian landscape. Opportunity would be proud.

The original Destiny set us to work on three planets and Earth's moon, and Bungie's use of Mars was particularly evocative. Players arrived on the Red Planet in search of the source of the Vex menace, apparently many years after the last humans touched down there, and found numerous Golden Age installations - once the tip of humanity's scientific spear - reclaimed by the Martian desert, and the war-loving Cabal in control of the planet's surface.

Despite several expansions, it wasn't really until the less popular Destiny 2 that the Cabal took center stage, meaning players of the original game got to experience Mars without as much guidance and exposition as the game's other locations. It was a huge place, and its abandoned facilities were like gunmetal icebergs - warrens of sunken tunnels, labs and living spaces extending to untold depths beneath the red sands. The fact that much of the game's lore was stored on "Grimoire" cards only accessible on the internet added to the mystery of what went on in these places, how they succumbed to the elements, and the connection between them, the Vex, and the now-dominant Cabal, who were still mining them for their secrets.

Destiny's Mars was a special place, then, and whereas Earth, the Moon and Venus were thoroughly explored during Destiny's time in the sun, there are large sections of Mars that still feel like we only glanced off of them. Bungie moved on, though, and the player base either left with them or left Destiny behind for other games. And so Destiny's Mars has been left to the sands again, a mysterious place that we never fully understood.