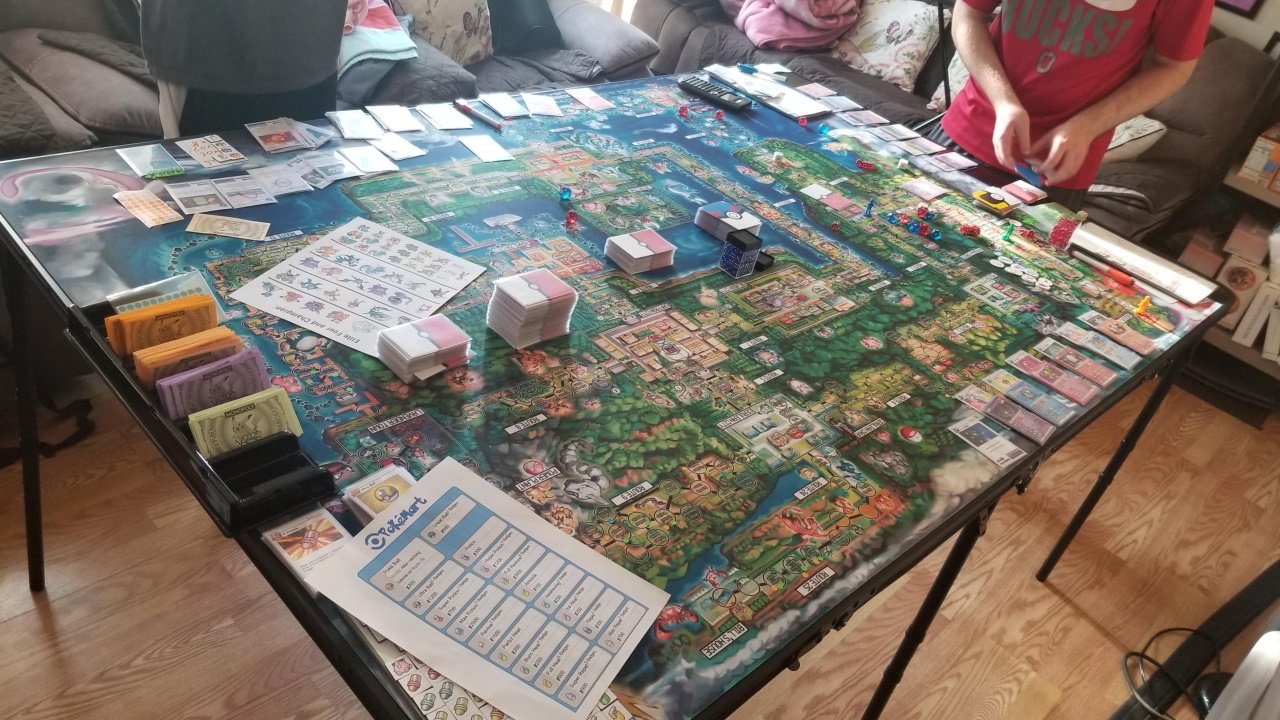 Should you buy the OLED Nintendo Switch? Here are the key differences from the base model.

One dedicated fan has created a staggeringly expansive Pokémon board game which includes the entirety of the Kanto region.

Shared on the Pokémon subreddit by user BZNintendo (thanks to Dicebreaker for the spot), the “Ultimate Pokemon board game” is a gigantic, table-encompassing affair which features a full map of Kanto to explore as newbie trainers hoping to rise from obscurity to rival the region's champion.

According to the creator, the aim of the game is to build up a team of Pokémon before levelling them up in trainer battles across the land. Gain enough experience or the correct items to evolve your Pokemon, and you might just feel ready to tackle each area’s gym leader. Secure all eight badges and you can face the final challenges: taking down the Elite Four and the Kanto champion. So basically, they’ve managed to pack in the entirety of the original games, right down to the safari zone.

The rules haven’t been explicitly shared, but it appears that players progress through spaces in wild zones, encountering Pokemon they can capture or NPC trainers to battle for experience and money. BZNintendo has included stat-packed cards (sleeved, naturally) for a host iconic creatures like Pidgeot, Arcanine, Venusaur, and Blastoise. Given a Mega Gengar is also shown in one image, some of the newer features from the series have also been included.

According to BZNintendo, the entire game took their group of friends a meaty total of 23 hours to finish. We can only imagine how much more time was required to stick the entire thing together, let alone concoct the rules and systems.

It’s a gigantic achievement for a dedicated fan, though BZNintendo is clear when stating that it was made purely to be played with their friends, not to be monetized or distributed online. Given Nintendo can be particularly prickly with licensing, that seems like a smart move. Be sure to check out further pictures of the Pokemon board game shared on Reddit.