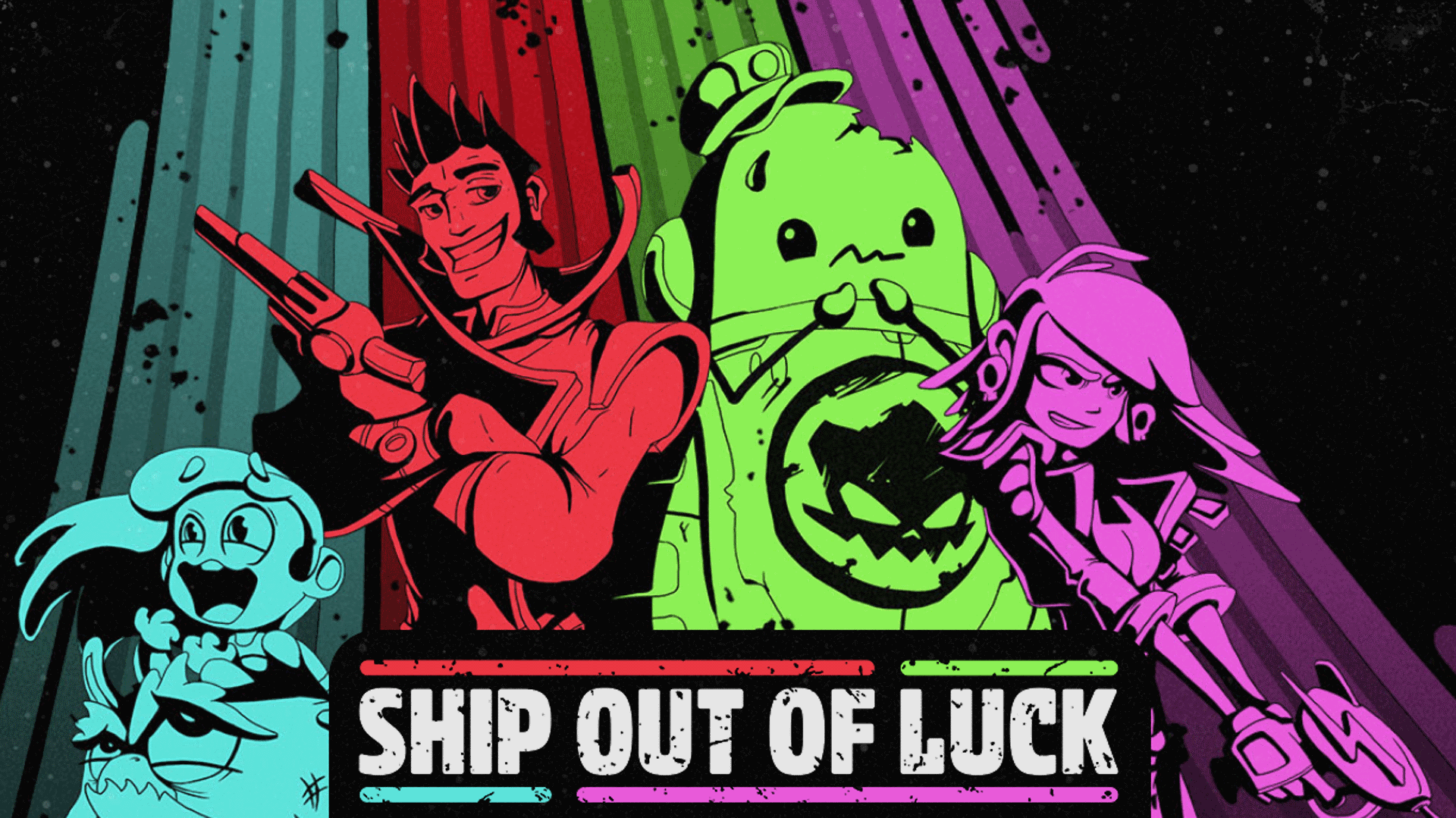 Every Saturday, studios and individuals the world over take to Twitter to share images and videos of their games in development as part of #ScreenshotSaturday. It’s a fantastic celebration of how widespread and varied game creation has become, not to mention a great way to keep an eye on upcoming gems or spot incredible artwork. Collected below are some of the coolest stills, gifs and videos from this weekend which we’ve gathered for your perusal pleasure. In this week’s roundup we’re shouting at space cacti, going arcade crazy and diving into some deep dark dungeons.

Ship Out of Luck - Complex Games

Just a few things you can do in #ShipOutOfLuck:

Crash-land into cute starmaps like this one
Trash-talk an anthropomorphic space cactus to get your way
Track down various space goons from your rust bucket ship
News: https://t.co/msPvCRAucj#screenshotsaturday #gamedev pic.twitter.com/UVRzXNhc89

Ship Out of Luck’s official site says that Complex Games aims to combine the likes of Cowboy Bebop and Firefly into their cutesy space-farer. From the looks of this week’s video, that’ll all come with a good dosage of intimidating humanoid cacti, too. We’re big fans of a good galaxy map here at AllGamers, and we love the way Ship Out of Luck’s planet selector springs to life as the motley crew’s ship flies a bit too eagerly into it.

Footage of the ship-flying elements is fairly scarce, but the game appears to be an isometric shooter with twin-stick style controls.  Complex describes it as offering “tactical stealth action” so we imagine you’ll need to be a bit sneaky when maneuvering your decrepit rustbucket.

Complex Games is primarily a mobile games studio and has worked with some pretty big names in the past, including Square Enix and Disney. Previously they released the Warhammer 40K title, The Horus Heresy: Drop Assault, a tactical strategy game with tanks, more tanks and explosions. Ship Out of Luck is currently in development for PC.

Overwhelm in 60 seconds: it's horror-world Megaman. You fight bosses, but your enemies get the powerups - not you. You're outnumbered, low on ammo, being hunted. Paranoia sets in. #screenshotsaturday pic.twitter.com/rqYBT7U0bT

Overwhelm isn’t shy about the level of inspiration it takes from old Megaman titles, but where it differs is that Capcom’s classics weren’t set on a blood-red hellscape in which pounding music and a suffocating screen pile on more and more pressure, and any upgrades you find only make the creatures hunting you stronger. So Megaman in hell, perhaps.

Part horror, part action-platformer, Overwhelm’s big concept is the reversal of that powerup mechanic. To progress you’ll need to collect various abilities around the map, except picking them up will grant that power to your enemies instead of you. Ooh err. Developer Ruari O’Sullivan has created a simplistic yet undeniably cool art style for the game, which only becomes more and more tense as darkness closes in around you. We’re getting nervous just thinking about it, so lets distract ourselves with the game’s lovely Megaman-style level select screen.

I'm adding an area select screen to get to the action faster. Leaning into those Megaman vibes #screenshotsaturday pic.twitter.com/Qz0Ux5hNJS

Ahh, that’s better. No word yet on plans for release, but Ruari replied to comments on this week’s #screenshotsaturday tweet saying they will divulge more information soon.

In "Future Resistance" you can change modes at any time during gameplay. They are meant to replicate more or less the look and sound of the original machines.

Sometimes we feel like developers are going out of their way to add extra work for themselves, but when the result is a feature this cool, we can’t really complain. Miguel Angel Pineda has been developing Future Resistance with his brother, creating a retro-styled beat-em-up inspired by arcades from the ‘80s and early ‘90s. There are plenty of designers looking to evoke the spirit of gaming times gone by, but Miguel and his brother have really gone the extra mile.

As the short clip above shows, Future Resistance includes a menu option to select which arcade machine you’d like to game to replicate. In the video, the screen is changed from 32 bit to 16 bit, VGA, EGA and finally CGA. Even better, it’s not just the visuals that change, with the music and sound effects shifting too. Swapping graphical styles on the fly has cropped up in few AAA games, including the Halo: Master Chief Collection, but it’s really cool to see an indie team trying their hand at it.

Miguel has only just announced their work on the game, meaning there’ll be a long way until the scantily clad stabby lady of Future Resistance (who appears to be taking weapon and clothing cues from Bloodrayne) makes her way to release, but we’ll certainly be keeping our eye on the game.

Monomyth is a first person RPG dungeon crawler developed in Unreal 4 (not Unity for once!). Mixing dark gothic fantasy with some steampunk elements, it sees you exploring the flame-lit hallways of a foreboding castle. The Steam Greenlight trailer from last year shows off a bit of platforming and puzzles, along with a few different zombies taken on in melee combat, though this week’s update shows ranged magic will also be on the table.

Immediately noticeable is the graphical fidelity of the title, with  light from flames dancing over the walls as the player moves through stone-clad crypts. Developer rattower clearly has an experienced hand in the engine, and cites a strong influence from Ultima Underworld and Arx Fatalis in his design for the world. It’s hard not to spy a touch of Amnesia’s harrowed halls in the title too, though the trailer implies a far heavier focus on combat that horror. If the atmosphere does get a bit too much, however, you can always end it all with a well-thrown rock.

Maybe violence is the answer after all.#gamedev #indiedev #screenshotsaturday pic.twitter.com/8F81xn6WUt

It's been a weird first week. Been working every waking hour. Now I'm taking sunday off, mostly. Here's a #screenshotsaturday post. A little late I know. #IndieGame #gamedev #Steam pic.twitter.com/otTv5IaG84

Taking a different visual approach to medieval dungeons, here’s Slasher’s Keep. Currently in Early Access on Steam, Slasher’s Keep is a Hack ‘n’ Slash title that has you boshing your way through procedural dungeons filled with zombies, mages, bugs and even… Naked mole rats? A first person roguelite, you can collect loot from the monsters you slay, making use of spiked walls and other nefarious traps to get the upper hand.

The Early Access release has two players to select from, with more promised to unlock. We’ll take whatever mage is shown off in this week’s gif, as while hitting monsters with a sword is great and all, using a magical equivalent to Half Life 2’s Gravity Gun looks like a lot more fun.

There’s no word of a console release yet, but Damian is releasing regular updates to the Early Access PC title, so check out the Steam store page if you’re interested.