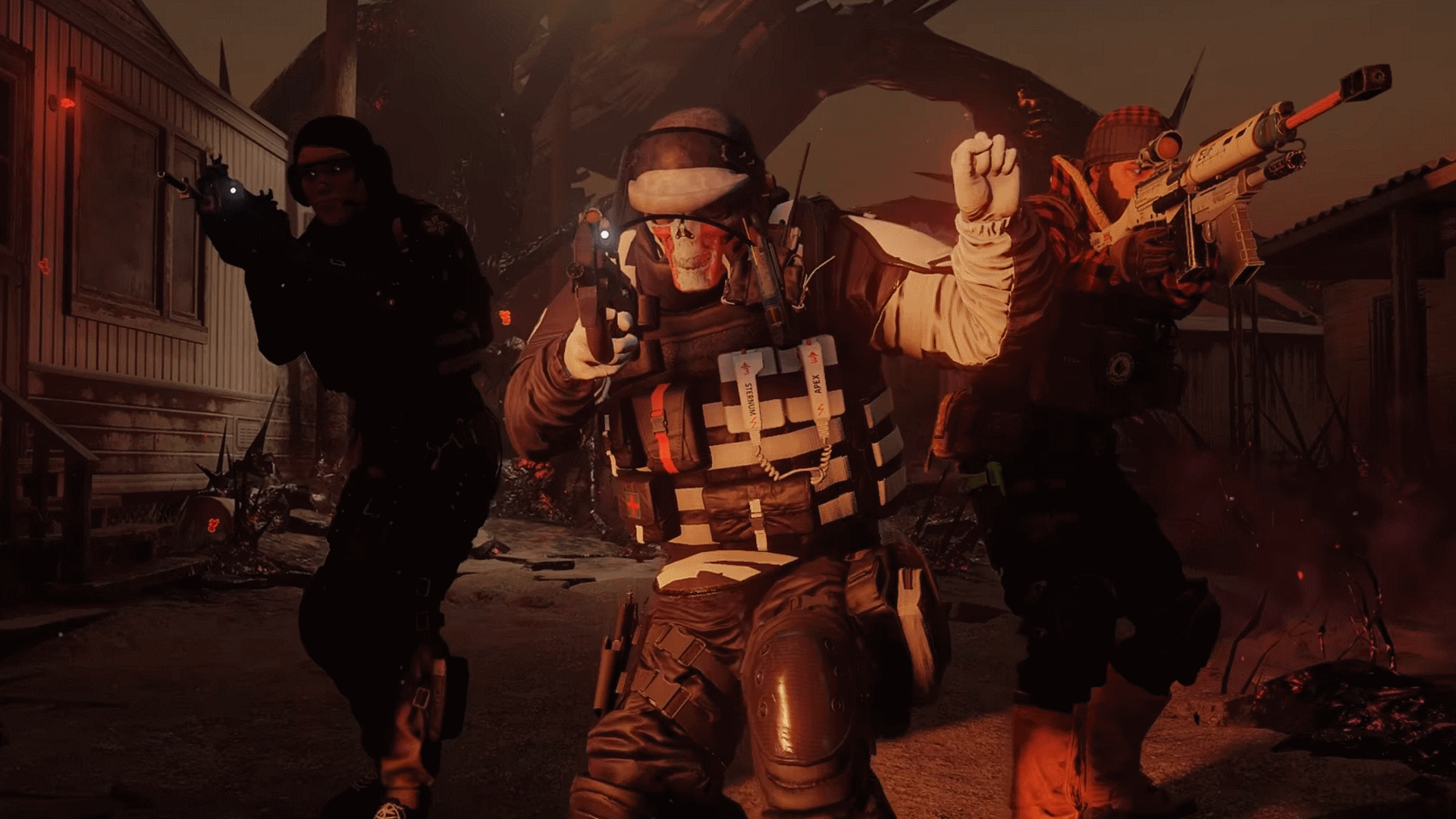 The biggest news from the announcement is the detailing of the game’s two new Chimera Operators, Finka and Lion. Both are government operatives specially selected to combat the alien beasts from the Outbreak event, but are available to use in competitive multiplayer, too. Each is an attacking class that offers a team-wide benefit to give their side the edge.

The female attacker, Finka, provides the Adrenal Surge ability, boosting her entire team with a dose of health, seriously reduced recoil and resistance to flashbang grenades. The Adrenal Surge will even revive any downed (but not killed) teammates, anywhere on the map.

If you’re wondering why you would ever choose Doc again, Adrenal Surge does have some downsides, with the effect removed immediately by Gu’s mines or Yokai drone zaps. Additionally, the elevated heart rate will cause you to die faser in Smoke’s toxic bombs, and get spotted at longer ranges by Pulse’s heartbeat monitor.

If you think that sounds bonkers, just wait until you try Lion. This GIGN attacker has an indestructible drone which can scan the entire map to reveal a full-body outline of any moving defenders. Yes, that’s right, Lion has built in Wallhacks. Whenever Lion activates his drone, a timer will count down on both attacking and defending screens. Once it ends, any defender who takes even a single step will be fully visible to the entire attacking team.

The time gives defenders a chance to stop their movement, and they’ll still be able to rotate, change stance and even shoot without showing up, but it’s a great way to catch people out, especially defenders who like to roam the map. Lion has a cooldown before he can activate the drone again, and there are only three charges to use per map, but it’s still one of the most powerful abilities Ubisoft has added to the game, and it sure to prove divisive in the community.

As to the Outbreak event itself, Ubisoft has now confirmed the zombie-mode nature of the event, looking a lot like a Left 4 Dead style co-op mission with different monster types you’ll have to deal with. Enemies range from regular zombies to exploding bugs and an enormous, tank-like creature that can send players flying. Most interesting, the game rewards stealth, making the enemies far weaker when taken out before they spot the player. Regular zombies will go down quickly to a headshot when taken unawares, but if they spot the player they’ll transform with crystals sprouting from the body as they begin to take chace.

Much like Left 4 Dead, you’ll need to pass through a level before making it to the next safe room. Along the way you’ll need to complete a variety of tasks including helping hostages, planting explosives and wiping out enemies. Outbreak will only let you choose from a select group of Operators including Lion, Finka, Doc, Ash, Smoke, Glaz, Kapkan, Tachanka, Buck, Ying and the Recruit.

Outbreak is currently scheduled to run for just four weeks, but we wouldn’t be surprised to see the event extended given just how much work has been put into it. Make sure you don’t miss out when it starts March 6.