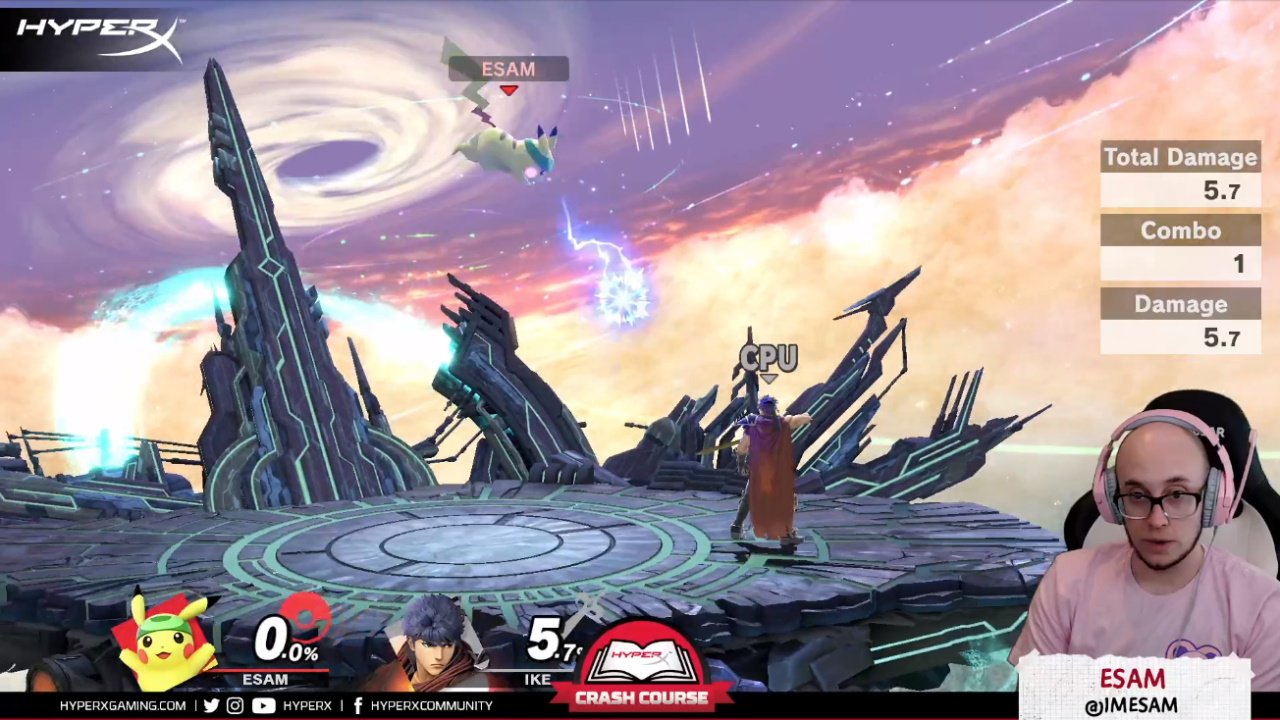 The HyperX Crash Course is back for another session of Super Smash school. Taking up the role of teacher this time is Eric ‘ESAM’ Lew, who stopped Thunder Jolting opponents for a couple of hours to electrify us with some knowledge instead.

Taking a more directly educational approach than Hungrybox’s previous Smash-based Crash Course, ESAM talked viewers through how to go about choosing a control scheme, how to get started with Pikachu, and how to prepare yourself for your first-ever Super Smash Bros. tournament. Check out the entire VOD below for the full run of tips, or scroll down for some specific highlights.

Before you sink hours into online matches or labbing combos in the training room, it’s important to establish a solid control scheme. Smash has a lot of hidden techniques that require rapid and challenging hand inputs. However, with a few adjustments and a spot of practice, you can make things much easier on yourself. ESAM’s number one tip? Make sure you’re comfortable with your choice of controls. Don’t force something you aren’t happy with.

Professional fighting game players are often famous for underselling their own choice of character. But in this Crash Course, ESAM lifts the lid on exactly why he thinks Pikachu’s toolset is so darned special, and not just an adorably cute mascot for the Pokemon series. Speed, size, frame data, and a busted projectile all help shift the odds in the yellow mouse’s favor. Of course, there was plenty of time for showing off ridiculously fancy combos as well.

And finally, as the world starts to open up a bit once more, smashers desperate to escape the famously delay-heavy Switch Online service might finally be able to attend local tournaments for some games in-person. But what if you’ve never been to a Super Smash Bros. tournament before? What you should you expect, and how best can you use your time to improve? ESAM has one golden tip: Have fun, and play everyone except for your friends.

Been taking notes? You’re already well on the way down the journey from Super Smash scrub to specialist. Be sure to take a look at Hungrybox’s online challenge Crash Course for more Smash teachings, or click here to see all previous episodes of HyperX’s Crash Course.