Want to know the next-gen titles you can enjoy on your Xbox Series X/S? Here's the full list. 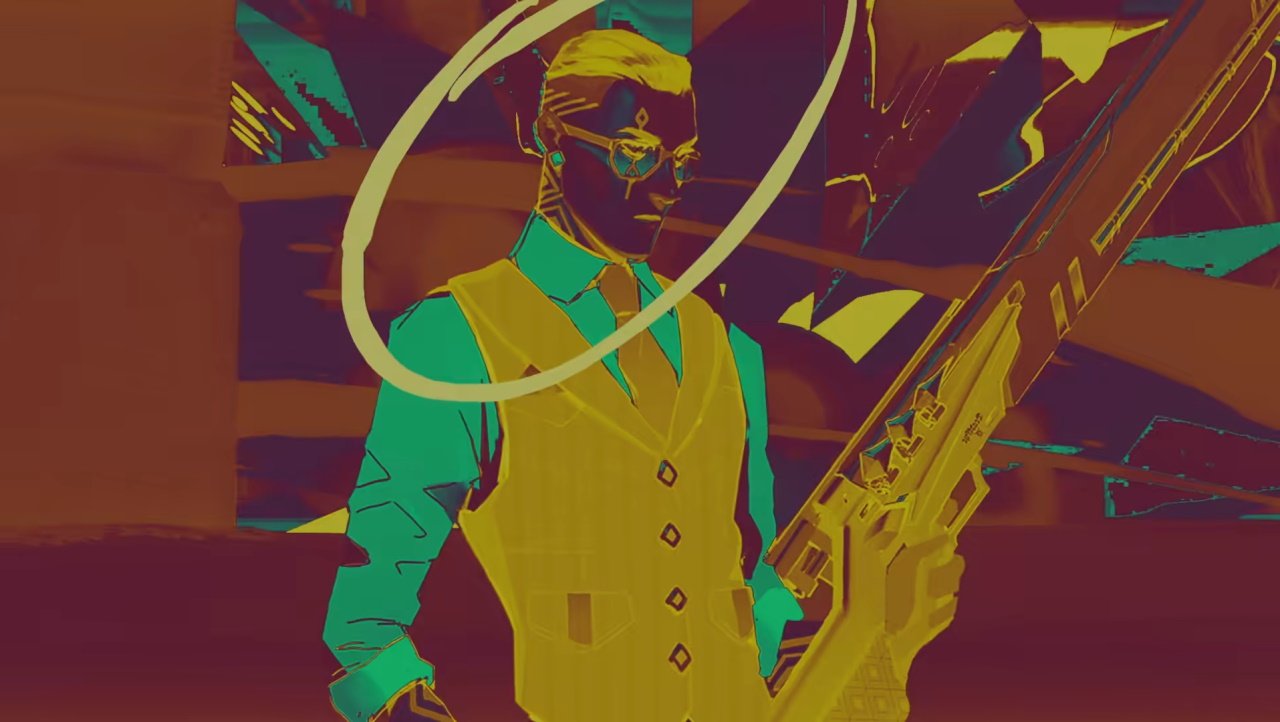 Cyberpunk 2077 returns to the PlayStation Store, but Sony says avoid the PS4 version

"Purchase for use on PS4 systems is not recommended."

The next Valorant agent has been teased, and they’re carrying a mighty big gun.

Time-travelling robot KAY/O hasn’t even dropped into Valorant’s servers, but that hasn’t stopped developer Riot Games from teasing the next Agent to test their skills in the competitive shooter arena.

The Agent hint was snuck into Valorant’s wacky Year One Anthem video, which celebrates a full year of Jett mains missing blade storm headshots from across the map. Glimpsed briefly at the 3 minute 22 seconds mark, we see a tattooed figure with a sharp haircut dressed in an even sharper waistcoat. Inverting the colors of the trailer gives us a better look at the potential new Valorant agent, including the massive weapon they’re toting.

While the colors are clearly still offset thanks to the stylized trailer, we can only hope that the new agent will come clad in a bright red shirt and pants combo. The tattoo over one eye is a distinct feature, but if the lower arm is anything to go by, they’re inked all the way from the neck down that side of the body.

According to the ValorantLeaks Twitter account, the new agent is codenamed “Deadeye.” As Reddit commentators note, that name is of particular interest as it matches the codename for one of League’s most well-received characters, Jhin, designed by Riot’s August Browning. Jhin takes on the role of a sniper in League, match up with the weapon held by the Valorant agent here.

You can see him a lot clearer if you revert the colors pic.twitter.com/cm6PZ2bMGf

While the image is clearly just concept art for the agent, it raises the interesting question of whether Riot is considering adding further guns to Valorant down the line. New weapons could add tactical options for teams to consider each match, but risk muddying the competitive spirit of the game if too many become available. Rival shooter Counter-Strike: Global Offensive includes a few alternate options for players to expand their kit, but some – like the infamous R8 revolver – caused a great deal of chaos upon their addition, or eventually became obsolete.

Perhaps Deadeye’s sizable new toy could even be his Ultimate, in a stark shift from Valorant’s usual powers.

Along with the Valorant Deadeye tease, the Year One Anthem video also included what looks like a pointer towards the game’s next map. Shown right at the start of the trailer, a chunk of land is seemingly raised from the ground, left floating in the sky due to a Radianite accident. Given Valorant’s battles usually take place over Radianite facilities, this broken complex could serve as the next arena for Agents to throw down in. With Breeze still a fairly recent addition, however, there’s no telling when it’s likely to arrive.

Valorant Episode 3: Reflection, Act 1 should kick off shortly as the previous season comes to a close later today. It’ll add KAY/O to the game, who so far has only been testable by a limited number of pros and influencers. If you’ve spotted any other hidden teases for Valorant’s Deadeye agent, let us know in the comments below.