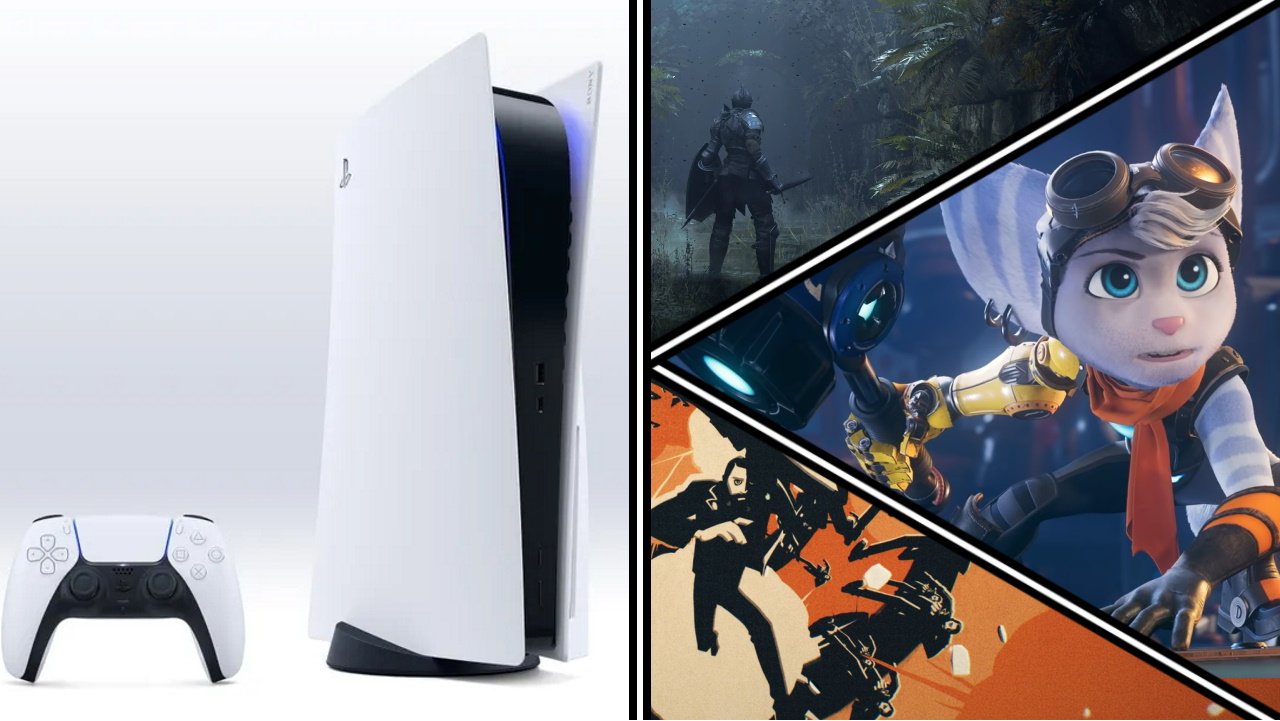 PS5 exclusives: the complete list of released and upcoming games

PS5 exclusives are a rare breed right now. And when you’re dropping several hundred bucks on a powerful new gaming machine like the PlayStation 5, you want to be sure that you’re getting your money’s worth in terms of gaming content. To that end, we’ve rounded up a list of all the PS5 exclusives currently released or planned for the console’s future.

If you’ve been lucky enough to get your hands on a PS5 since it launched last year, you might be disappointed to learn that the number of pure PS5 exclusives is rather limited. Due to the console’s short supply, most titles are launching cross-gen for the foreseeable future.

As such, we’ve split our list of PS5 games below into core PS5 exclusives (available solely on the PS5) and upcoming cross-gen PS5 exclusives (also available on PS4). Remember that even if a game launches on the previous gen, it’ll still run (and often look) better on the next-gen machine.

Bundled with all new PlayStation 5 consoles, Astro’s Playroom is primarily intended as a showcase of the new DualSense controller’s features. It ends up being so much more than that, however, delivering a joyous blast of platforming and humor, along with some seriously catchy music.

This ‘60s inspired shooter sees you trapped in a deadly time loop. The only way out? Tracking down and killing a number of Visionaries across the island of Blackreef. Each failure sees you shot back to the start of the day, but the knowledge you gain will stick with you. Along with guns, you’ve got a selection of arcane powers like levitation and invisibility at your disposal. Just watch out for the rival assassin trying to take you down – they could be another player trying to spoil your fun. Deathloop is a timed PS5 (and PC) exclusive.

We're not entirely sure how a game like Death's Stranding can get a Director's Cut, but here it is happening regardless as a PS5 exclusive. The updated version was revealed during Summer Game Fest 2021, with director Kojima talking about how the team had moved to working on the new version after the original title's release.

An impressive remake of a cult classic FromSoftware (Dark Souls, Bloodborne, Sekiro: Shadows Die Twice) title. Set in a medieval fantasy world collapsing into corruption, it’s up to you to claim the Demon’s Souls from their guardians. A proper next-gen title, it features dazzling smoke and lighting effects as you battle through the levels’ towering bosses. We've got beginners tips to get you started, here.

What is it? An online destruction derby. Players dive into team or solo arenas to smash cars into one another for knockouts or to collect Gears (points) for their side. Losing your car isn’t the end, as you can run around on foot to grab a new ride or hijack your opponents’. Each zany character comes with a unique car that they can call in to deal damage during a match. Find out more here.

The Final Fantasy 7 Remake has received a bumper upgrade which adds an entire DLC chapter starring the mischievous ninja, Yuffie Kisaragi. The DLC extra is only available on PS5 right now, though those who own FF7 on PS4 (and didn't get it for free via PS Plus) can upgrade to the PS5 Intergrade version for free.

A timed PS5 (and PC) exclusive, Ghostwire: Tokyo sees the bulk of Japan’s capital city population vanish. Replacing them instead are monstrous and terrifying creatures from folklore. Wielding arcane powers, you’ll need to battle unsettling creatures of legend and visit shrines to cleanse the neon streets in this upcoming action-adventure. It’ll also release on Xbox platforms after a year’s exclusivity.

An apocalyptic event is on its way to Godfall’s high fantasy world, and as one of the remaining Knight’s Order, you need to stab, slice, and smack your way to stopping it. A loot heavy game, Godfall utilizes the classic cycle of killing enemies to upgrade your weapons and gear to take on more powerful foes that drop even rarer loot. Arriving on PS5 and PC last year, it received rather middling reviews, but DLC and an upcoming PS4 release may breathe new life into the title.

Formerly known as Project Athia, Forspoken is a next-gen title arriving as a timed exclusive for PS5 and PC next year. We still don’t know much about its fantasy world, but it looks like protagonist Frey – played by actor Ella Balinska – has made the jump from our world to one of dragons, monsters, and magic. The game promises rapid, soaring movement across its world, along with magical powers to unleash upon the fearsome creatures inhabiting it.

Insomniac Games returns with another heavy hitting PlayStation exclusive. In Ratchet & Clank: Rift Apart, the lead lombax and his metal pal are split between dimensions, with new character Rivet working to help the pair reunite and stop a robotic emperor. Designed specifically for the PS5, it makes fine use of the DualSense controller’s extra features.

A nails-hard roguelike shooter with a mysterious story to uncover. After crash landing on the planet of Atropos, astronaut Selene must face deadly alien threats in 3D bullet hell encounters to progress through the hostile world. Each death sends her back to the beginning, hoping to scrape more details together about the planet, her past, and why she’s stuck in this seemingly endless cycle. Another PS5 exclusive, Returnal makes use of the DualSense controller’s adaptive triggers for multiple firing modes.

The world you know is about to be washed away. Rather than panic, it’s time to embark on a serene bicycle journey to catalogue the land around you through artifacts and memories. Season promises to deliver an “atmospheric bicycle road trip” when it arrives on PS5 and PC, though no release date has yet been given.

Along with the core PS5 exclusives, there are several major games coming to both PlayStation 4 and 5 in the next year. A few are also releasing on PC, but in console terms, these are the PlayStation exclusives you can look forward to:

Know of any other PS5 exclusives we can add to our list? Share them in the comments section below.