Find all 10 spybots so you can unlock the RYNO. 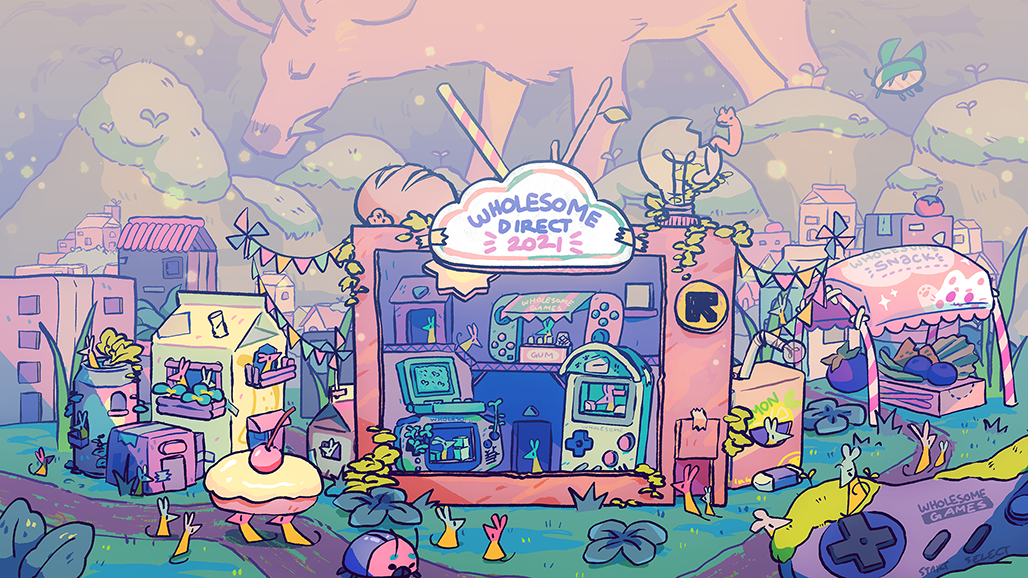 PS5 exclusives: the complete list of released and upcoming games

All the PS5-exclusive games delivering a next-gen experience to your home.

There were more game showcases, particularly indie-focused ones, this summer than ever before, bringing tons of new games into the limelight. Two shows that have really made a splash are the Wholesome Direct and Glitch's Future of Play Direct. As a big fan of indie games, these shows were some of the most exciting for me leading up to the events, and they didn't disappoint. Here are some of my most highly-anticipated games from the Wholesome and Future of Play Directs.

The first thing about the Wholesome Direct that caught my attention is the sheer number of cooking games it featured. From actual cooking sims, to cat cafe management fantasies, they run the gambit, and I can't wait to get my hands on all of them.

Hot Pot for One

Hot Pot for One has you playing as a character who is alone for Christmas in a foreign country. To cope with the tough emotional situation, they make hot pot, a dish traditionally made for six people. This game is all about the connection between food, feelings, and family, and it's incredibly heartwarming and bittersweet. It also rules because it's already out.

Venba is another narrative cooking game that was shown off during the Wholesome Direct. It's about an Indian mother who moves her family to Canada in the 1980's. You cook multiple different dishes and restore old recipes while exploring conversations with other characters and your relationships with them.

While not a cooking game per se, Freshly Frosted is about doughnuts. You place conveyor belts across a factory floor to solve doughnut-related puzzles. There are 144 puzzles to solve, and the whole experience is just really chill and fun.

Soup Pot leans heavier into the cooking sim side of things, allowing you to cook with very few limitations. The game allows you to use traditional kitchens and local ingredients to make over 100 recipes, all while streaming your process to viewers on fictional broadcasting site Cookbook. Soup Pot manages to capture the realism of cooking while incorporating playfulness, curiosity and fun. I can't wait for it to come out later this year.

Pekoe is a tea making sim from Kitten Cup Studios that focuses on self-care and mental health. You get to learn about and brew different teas, all while hanging out with cute talking cats. What else could you want?

The Future of Play Direct unfortunately didn't feature any cooking games, but it still had a ton of rad announcements and trailers. Here were some of my favorites.

Perfect Garbage came into the show with a one-two punch of a trailer update on their upcoming release, Love Shore, and the announcement of their new project, Hellbent. Love Shore is a cyberpunk noir visual novel where its main characters are trying to navigate the city's underworld to save their friends. Hellbent, meanwhile, is a side-scrolling beat-em-up about two skate punks who have to take on the tides of hell. Both look incredible and I can't wait to get my hands on them.

Virtuoso Neomedia is a new studio specializing in retro anime-inspired games that made their debut at the Future of Play Direct. They announced three upcoming titles: Radminton, Killer Auto, and Zodiac XX Leo. On top of that, they also announced a huge collaboration with several popular indie video game composers, including 2 Mello and Christa Lee.

Melos Han-Tani and Marina Kittaka, the developers behind the Anodyne series, announced their latest project during the Future of Play Direct. The studio's new game is called Sephonie, and features three playable characters from across the globe. You guide these characters in exploring a huge cave network while some kind of existentially not-human supernatural creature looks on.

The other really enticing thing about the Future of Play Direct was the sheer number of other games shown that are nothing like what we usually see at an E3 showcase. Dome King Cabbage, for example, is a pastel visual novel about a cloud person going to a job interview. Meanwhile, Bomb Rush Cyberfunk from Team Reptile is about tagging, dancing and more, all while facing off with the cops.

There are so many exciting games coming out of this show; indie fans will be eating well for a while.Check out the festival demos, share with your friends, and wishlist your favorites!