Fortnite legend Lachlan enrolled us in a HyperX Crash Course for the less obvious side of the esports industry. 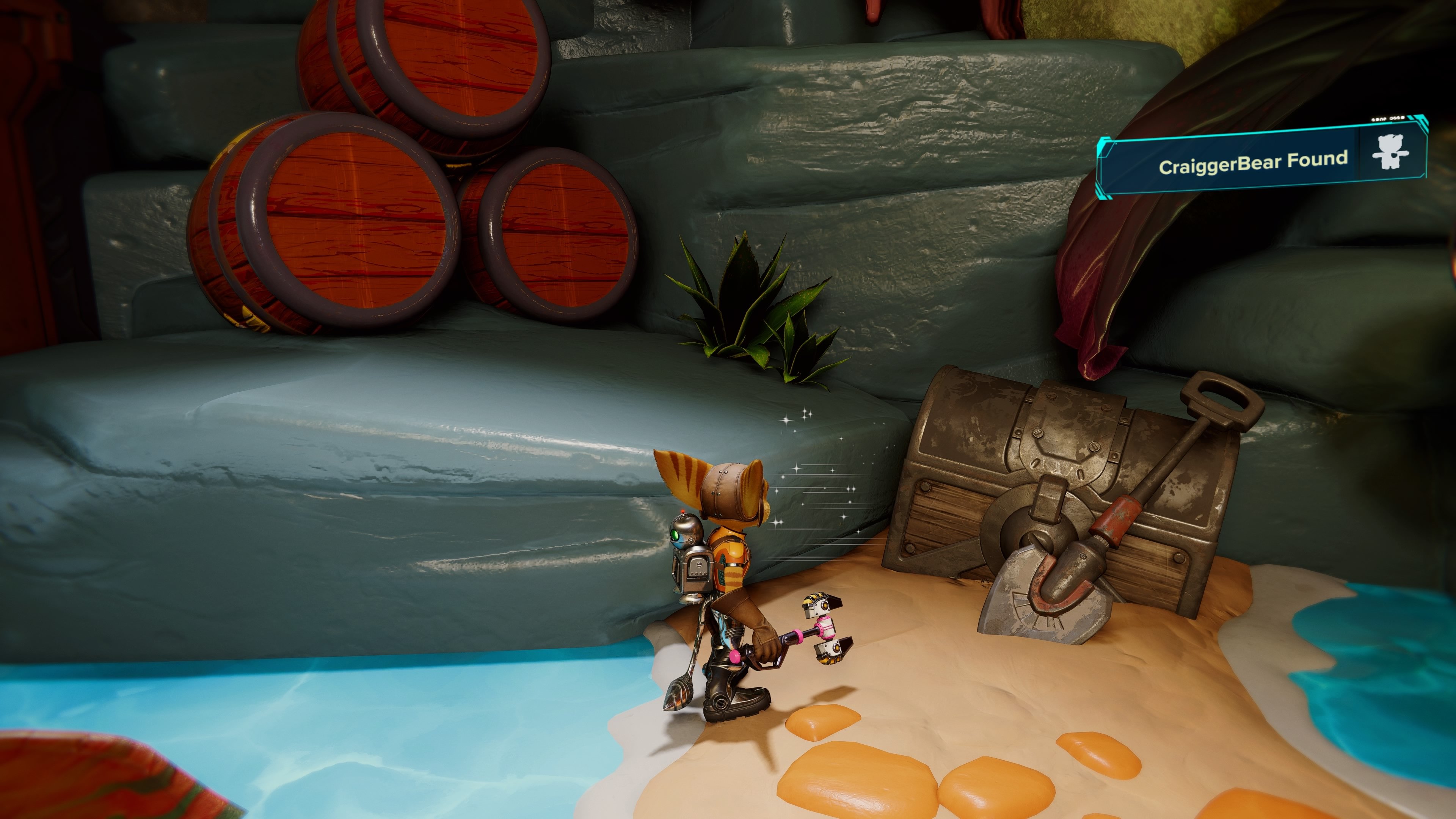 Find all 10 spybots so you can unlock the RYNO.

Ratchet and Clank: Rift Apart has a ton of collectibles, and all but one are tracked on your map. CraiggerBears, little teddy bears scattered around the planets in honor of an Insomniac team member who passed away in 2019, cannot be tracked in any way except through your trophy list. There's one per plaent. Here's how to find them all.

This CraiggerBear requires a little jaunt over to Club Nefarious. As you make your way towards the club from the city's main plaza, keep your eye out for the orange sign pointing down and to the right for Club Nefarious. When you see this, turn to the left and head down the ramp there. In front of you, you'll see a stall being tended by a green robot. The CraiggerBear is sitting here.

The Sargasso CraiggerBear can be found inside Rivet's hideout, but not until after you've dealt with the Seekerpede here. Once that's done, head there and look for the bear on the blue couch. This is also a good opportunity to turn on the TV in the hideout if you haven't already to get the Lombax and Chill trophy.

The CraiggerBear at Zurkies is located right inside the gastropub itself. When you walk into the reception area where your weapons are taken, you'll see the bear sitting on the crates to the left of the reception desk.

Head back to the mountain path where you did the speed trials with the crumbling rock bridges. This area is in the southern part of the map. After crossing the first rock bridge, turn left a bit and walk around the wooden fence down a path to a little shrine. The CraiggerBear is here.

From your ship, hit the first Blizon stone you see. Walk into the next room and hit the Blizon there to switch dimensions again. Then, follow the mag strip walkways until you're back inside again. Hit the Blizon here and look directly to the left of it, towards the side of the room that's just a big window. Next to a yellow crate is a pile of orange junk. The CraiggerBear is sitting on top.

This bear is in the Little Junktown marketplace. Head there from your ship, and from where you land when you swing over, walk straight. Right before you reach Ms. Zurkon, there will be a market stall with an orange awning and several TVs. The bear is sitting on the left side of the stall's counter.

You'll need to swap dimensions for this one. Cross the gap from your ship to the main platform, then head up the ramps to your left. Hit the Blizon stone here to switch realities, then slide down the now icy stairs. You'll find the bear buried in some snow just past the debris and crate that are in front of you as you slide down.

To get the CraiggerBear on Ardolis, you'll need to go to Skull Mountain. At the end of the Pirate Trials area, there's a fake treasure chest and puddle on the floor. The CraiggerBear is nestled in that corner.

To find the CraiggerBear hidden on Viceron, you need to go to the Processing Center. Head over to the area where Ratchet and the other resistance members were being kept and walk to the other side. There's an area across from the cells that's open and has some Raritanium in the left corner as you're facing it. Sitting on the bench here, you'll find the CraiggerBear.

With that you should be all set to snag the UnBEARable golden trophy. For more help with Ratchet and Clank: Rift Apart collectibles, check out our other guides.